Why Power Grid FPO Should Not be Missed 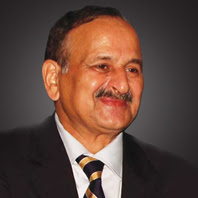 Power Grid (BSE: 532898, NSE: POWERGRID) is no doubt a fundamental performer in the PSU sector, but ever since its FPO opened on 9th November, the scrip is all set to be an outperformer both fundamentally, as well as technically, on price-action.

Also Read: Power Grid FPO - Why World Rushed In and Why Retail Investors Should Follow

Though the scrip had slipped on the eve of the FPO opening, as is customary when Government announced the discount-to-market-price as well as the 5% retail discount, Power Grid bounced back strongly on the FPO opening date, possibly due to rating upgrades by Citi & Macquarie. If the slip on the FPO eve was 3.63%, the bounce-back on the opening date was by 5.54%, thus more than making-up for the slip.

But even while new investors are lapping up the shares between the price-band of Rs. 85 to Rs. 90, it is impressive that the Power Grid counter is holding its own in the secondary market at around Rs. 103.50 levels even on the second day, that too with good volumes. Not an easy feat for any scrip going through an FPO on discount, and it also signals that due to the expected strong oversubscription, not everybody is expecting to get shares from the FPO.

In any case, those who are lucky to get in through the FPO, stands to gain a minimum of 15% in a matter of days, if the secondary market stands firm, and the demand for the FPO grows as it enters the final days.

The real positive point for investors amidst all these is the fact that the technical demand and price-action for the stock is more than backed by the company’s fundamental performance.

Here is the only monopoly player in the power sector. Here is a company that has never dipped in sales or profits for the last six years. And here is a company that despite having dominant status in the core business of inter-state power transfers, is actively pursuing secondary revenue streams like consultancy and telecom towers.

Capital market investors the world over are keenly looking for monopolies to invest in. Monopoly power can be via brand strength like the case of say Infosys in India or Apple in USA, or in the case of Chinese and Indian PSUs, a dominant presence in the regulated core sectors is enough. The success of Coal India IPO was the most recent large-scale example of this phenomenon.

But when it comes to India’s power sector, it is becoming increasingly difficult to identify monopolies, thanks to the systematic de-regulation of the sector. In sales, Power Grid Corporation is comparable to Tata Power or Reliance Infrastructure. In profits, even better, made second only by power leader NTPC.

But when it comes to market dynamics, even NTPC is no match, as Power Grid is a near monopoly in its core segment of inter-state power transfers, while NTPC is getting increasingly pressured from all sides.

Now, what if such an assigned monopoly has always risen to its responsibility and outperformed consistently? Power Grid Corporation hasn't dipped in sales or profits for the last six years. The recent second-quarter results has stunned the markets, and provided the perfect backdrop for Power Grid’s Rs. 7500 crore FPO. Though powered also by some one-time developments, Q2 revenue has jumped by over 25% YoY, while profits have surged by almost 42%.

From the investors’ viewpoint, Power Grid also comes cheap, trading 3 multiples below the industry average P/E of 21, and with price-to-book-value still below 3 which is reasonable considering its industry dominance. Interestingly, these valuations are after the recent run-up, which means that Power Grid is still an investment opportunity in the secondary market, and all the more in the primary market as the FPO comes with a decent discount from market price, that amounts to a P/E of 15.05 and a P/BV of 2.28 for retail investors.

All in all, Power Grid FPO is truly an occasion for the Indian public to hold part ownership of their own treasures, as per the disinvestment vision. Half of the Rs. 7500 crore issue will go to the Government, and the other half will go for part-funding the impressive capex of Rs. 55,000 crore planned by Power Grid, that will make it grow in revenues and profits in the years to come.

Interestingly, under the leadership of Chairman & Managing Director SK Chaturvedi, Power Grid has not only advanced on its core business of inter-state power transfers, but improved its two secondary revenue streams of consultancy and hosting telecom towers in remote and forest areas.
Posted by Seasonal Magazine at 1:34:00 PM