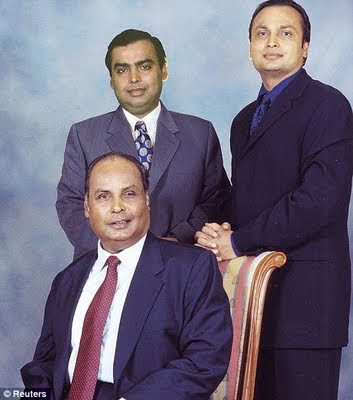 With Reliance Anil Dhirubhai Ambani (Reliance ADA) Group trying to launch three IPOs this year, the moot question will be whether the markets will soar, or crash, as after the much hyped Reliance Power IPO in 2008.

In tune with Reliance ADA’s and Chairman Anil Ambani’s larger-than-life ambitions, these IPOs promise to be big affairs, with Reliance Infratel pegged at Rs. 5000 crore, and the size of Reliance Mutual Fund & Reliance Life Insurance expected to be equally big.

But so was the IPO of Reliance Power last year. In fact, it was bigger – at Rs. 11,700 crore, it is India’s largest IPO till date.

Reliance Infratel Ltd is a subsidiary of Reliance Communications Ltd (RCOM), the flagship company of Reliance ADA Group. It is in the business of creating and maintaining wireless communication towers to RCom and other mobile operators. Reliance Infratel’s IPO was originally planned for 2008 to collect Rs. 6000 crore, but was abandoned due to adverse market conditions.

But the debatable point is how these mega IPOs from the Reliance ADAG stable would impact the stock market.

It was on January 15th 2008 that Anil Dhirubhai Ambani Group opened the mother-of-all-IPOs to collect Rs. 11,700 crores of public money to do business. With BSE Sensex scaling highest ever heights of 21,000+ on January 8, the whole of India thought, why not? Regulators and authorities facilitated wholeheartedly with extraordinary tools for this fund collection, and by the time Reliance Power IPO closed on January 18, it had mopped up over Rs. 1,00,000+ crore from the market as application money alone, with investors submitting 72 times more applications to be a part of the Ambani empire.

But where did this money come from?

January 18th was a Friday. The very next Monday explained everything. On January 21st, the Sensex dipped the highest ever in its history – by 1408 points – and on Tuesday registered the highest ever intra-day fall of 2273 points, calling for a halt in trade twice, and FinMin intervention. The official reason for the fall? US recessionary reports, and not any liquidity-crisis due to IPOs in progress.

During February first week, Reliance Power refunded around Rs. 1 lakh crore to unsuccessful bidders. But within those two weeks Sensex had lost nearly 4000 points to trade at 17,000+. The rest was left to the listing of this scrip.

On February 11th 2008, Anil Ambani – before sounding the opening gong at BSE - apologized to around 4.5 lakh investors for being unable to consider their application to make them rich. But by the end of the day, they were thanking him, while the chosen 41.7 lakh were licking their wounds when Reliance Power closed its first day on the bourses at 373, down Rs. 77 from the issue price, with Sensex also registering an 834 point fall. Brotherly bears had been assigned to wrap up the task.

It wasn’t always like this with the Reliance Group. Before the Group split into two conglomerates led by brothers Mukesh & Anil, Reliance and its founder Dhirubhai Ambani had a reputation for wealth creation among lakhs of investors.

However, the ongoing tussle between Mukesh Ambani and Anil Ambani continues to be of concern to India Inc and the stock markets. 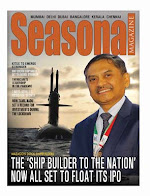