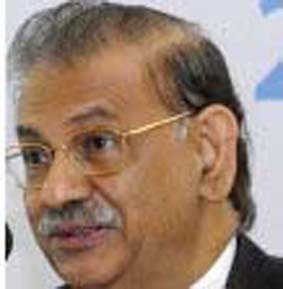 State Bank of Travancore is Kerala’s official bank if there is any such designation. It was created by eminent Keralites, and still thrives on Kerala’s huge NRI and domestic deposits. But when it comes to loans, SBT prefers to help corporates outside the state, often through big-ticket loan syndications. Ditto is the case with the bank’s customer service – winning accolades outside the state, and drawing flak inside Kerala. Is it something wrong with State Bank of Travancore or something wrong with Keralites? Are they expecting too much from their own bank?

Kerala headquartered SBT is not only a worthy child of the State Bank family. It is also a worthy adult with a mind of its own. Mergers are not something for State Bank of Travancore, which has taken into its fold not less than 10 banks during its 64 years of existence.

But FY 2008-09 and the present year should be exceptions, anyone will agree. But at SBT, there is no need for such exceptions. For 2008-09, State Bank of Travancore registered a rise in net profit of 57.43% and a dividend payout of 130%. It was a record, and it clearly showed the bank team and its leadership could effectively rise up to the challenges.

State Bank of Travancore is known for its support for sensitive sectors, and was recently noted for surpassing its targets in delivering loans to farmers. At the same time, it caters to the diverse needs of its modern customer base. Recetly SBT tied up with Sundaram BNP Paribas to deliver their mutual funds through SBT branches.

Owing to its presence in Kerala, SBT also has one of the most extensive NRI and Forex services in the country.
Posted by Seasonal Magazine at 9:47:00 AM