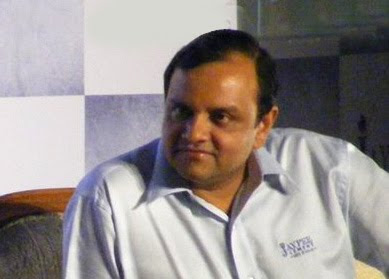 Jaypee Infratech, a group company of Jaypee Group, which is about to go for its IPO can be a rewarding opportunity for investors, if not for some peculiar downsides.

Jaypee Infratech’s promoters are well experienced in India’s capital markets, already having two listed group companies. Of these, Jaiprakash Associates (JP Associates) is a constituent of the country’s leading indices, the BSE’s Sensex and NSE’s Nifty. The other listed entity, Jaiprakash Power Ventures is a relatively minor player, not part of any NSE index, though part of the wider BSE 200.

Jaypee Group is a diversified conglomerate with interests in cement, hydropower, infrastructure, and a few other related fields. It is the leading private sector player in hydroelectric power projects, and one among the top-three in cement manufacturing.

Though Jaypee Infratech’s name would indicate it to be a pure play infrastructure company, it is not exactly that, with more than half the revenues expected from its real estate development division. One peculiar aspect of Jaypee Infratech is that it is a one-project company. Originally, it was an SPV of Jaiprakash Associates floated to bag the Yamuna (Taj) Expressway Project. Later, it was made a subsidiary of Jaiprakash Power Ventures.

The construction of the expressway is now on and is expected to be operational by early 2011. A build-operate-transfer project compensated on toll collection, the company’s estimates put the annual toll as starting from Rs. 800 crore in 2011-12 and progressing through Rs. 1200 crore to peak at Rs. 3000 crore by 2015-16. Jaypee Infratech also claims that the toll collection would continue for the next 36 years. Such lucrative features accorded to the company are supposedly due to the capital expenditure of the project which is in excess of Rs. 10,000 crore.

However, the heavy and long-lasting toll is likely to stir up a social and political controversy when the expressway goes operational with much depending on who is ruling at the Centre and the various affected state administrations.

Another risk the company is probable to face is the real estate component of this project. Jaypee Infra will get to develop along the expressway five land parcels each amounting to 1250 acres. Though the company is valuing returns from these assets as high, the ground reality of residential and commercial projects in yet-to-be-developed pockets of land is not that promising. Jaypee Infratech is also not an experienced or recognized brand in the housing sector of the region, which is dominated by the likes of DLF & Unitech.

CARE has assigned to Jaypee Infratech an IPO rating of 3, which means average fundamentals only. The IPO which runs from April 29 to May 4 will have a price band of Rs. 102 to Rs. 117.

Though an established player in the capital markets, there are indications that the implementation of this mega project has been taxing the Jaypee Group a bit. Both its already listed entities, Jaiprakash Associates and Jaiprakash Power Ventures, have failed to appreciate much, compared with the main indices, even in this bull run. Maybe this is one reason why Jaypee Infratech has scaled down its collection targets for this IPO from earlier projections.

Still, at around Rs. 2500 crore, this would be one of the most challenging IPOs in the current market. To better its prospects, Jaypee Infratech is reserving 10% of the IPO for non-promoter shareholders of Jaypee Power Ventures on a competitive basis. As a last-ditch effort to make the IPO sail through somehow, retail investors are being offered a 5% discount to the offer price. However, it remains to be seen how much this will help in the retail segment as smaller investors fed up with the range-bound secondary markets are expecting nothing short of a miracle on the listing day.
Posted by Seasonal Magazine at 5:24:00 PM