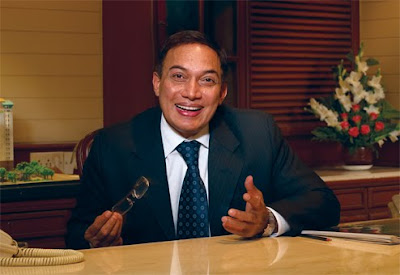 Helped by strong Q1 numbers year-on-year, the Puravankara scrip (BSE: 532891, NSE: PURVA) has registered a year-to-date price performance of around 30%. At a price-earnings multiple of less than 16 and price-to-book ratio of around 1.75%, Puravankara is also trading attractively relative to some of its real estate peers.

But the Q1 jump doesn't come across as stable enough as it was on a low base, and moreover, both sales and profits have dipped sequentially compared with the March quarter. Also troubling investors is the fact that Puravankara had once slid from highs of Rs. 535 to lows of Rs. 25.60 - a loss of 95% - within a period of two years, exhibiting high volatility.

Also, despite the turnaround in FY'10, Purva is yet to reach the income and profit levels of FY'08. The future will depend on whether the Group's twin strategies to turnaround will hold in the coming quarters.

When the real estate bubble blew up in 2008, it didn’t spare anyone. Bangalore headquartered Puravankara Projects which got listed in 2007 was no exception.

One of the leading developers of South India, then expanding from its home-base of Bangalore to other southern hubs like Chennai, Coimbatore, & Cochin, Purva was caught off-guard. Demand for luxury offerings like the ones from Puravankara dried up. While sales slipped by more than 20% in 2008-09, net profit declined by more than 35%.

The same was reflected in capital markets – a bit too much, may be. From the highs of Rs. 535 the stock started a slide that didn’t stop until Rs. 25.60, dragged down by the economic crisis and its aftermath.

Then came the months of consolidation not only for Puravankara, but for the entire industry. Everyone from DLF to Unitech to HDIL to Omaxe to Puravankara were charting their future course. The Group’s billionaire promoter Ravi Puravankara decided to do a contrarian play.

As someone who started in Mumbai real estate straight from college, at the age of 19, the now 56-year old developer knew that this round of bust was not like any of the previous ones he had gone through and survived. With help from long-term confidantes and Directors in Puravankara Board like Nani R Choksey and Ravi Ramu, not to mention US educated son Ashish Puravankara, he scripted a turnaround strategy that most of the developers would have shied away from.

Under Chairman Ravi’s vision, the Group acknowledged the difficulty in the market, and bet on two emerging trends – one being the need to create a new brand for affordable housing, and the second to gradually adjust to the fact that home sales were moving from launch dates to ready-to-occupy dates.

Today, both strategies have paid off quite handsomely. While Puravankara’s affordable brand Provident Housing is one of a handful of successful experiments in this direction, their decision not to launch any new projects until the supply is more or less depleted has helped them turn around.

The second strategy helped them focus their whole energy on executing already launched projects, and more than it drove sales of ready-to-occupy apartments, it helped the firm regain the trust of its customers as a developer who didn’t let the downturn affect project completion. In February 2010, Chairman Ravi took a decisive step in further professionalizing the entire operation by inducting former Executive Director of Sobha Developers, Jackbastian K Nazareth as Puravankara’s Chief Operating Officer.

Despite no new project launches under the Purva brand, the Group staged a growth of over 13% in sales and over 22% in gross profit for FY10.

The Group had recently broken its self-imposed holidays for new projects and come up with a reasonable project, Purva Skywood in Bangalore. Learning from the market lows of 2008-09, Skywood is created as a need-based product and not an aspirational one.

This is just the start as the Group has a target of 12 million sq ft for Puravankara and 6 million sq ft for Provident for the current year. Investors are also warming up again to the stock, which has witnessed a year-to-date price performance of 27% against peers like HDIL’s 8%, and industry leader DLF’s -10%.

Still, there is long room to appreciate as the Group which is the 7th largest in India by both sales and profits, is only 12th in market cap. The debt is now down to Rs. 800 crore and the firm enjoys a high promoter holding of 89.96%.

Many investors will be looking forward to next two quarters' numbers to ascertain whether the turnaround is holding.