MIDVALLEY IPO - Can Midvalley Climb Up on Third Attempt? 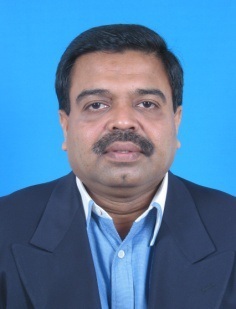 Midvalley Entertainment is a much smaller player than these competitors, but even if it projects more diversified operations than mere film exhibition, Midvalley is costlier than the most diversified player, Reliance Mediaworks (BSE: 532399, NSE: RELMEDIA), which is available at 2.43 times, which in itself is regarded as costly by some analysts.

Valuating the offer by earnings also, the Midvalley IPO comes across as very expensive, as the Weighted Average EPS for the last three fiscals is just Rs. 0.52, which works out to a pre-issue P/E of 134 times. Needless to say, this is very expensive compared with PVR’s 24 odd P/E or Inox’s 12 odd price-earnings multiple.

And, if you take the 12 months ended April 2010, the EPS is just Rs. 0.01. Since the offer involves around 33% dilution, the actual post-issue P/E can turn prohibitively expensive.

However, in the May-June-July-2010 quarter, Midvalley has managed an EPS of Rs. 0.56. Due to the erratic nature of the entertainment business, it remains to be seen whether this relatively good results can be be extrapolated for the year.

Though there are players in the entertainment industry that enjoys much higher P/E and P/BV ratios than Midvalley, like Balaji Telefims (BSE: 532382, NSE: BALAJITELE), Fame India (BSE: 532631, NSE: FAME), or Eros International (BSE: 533261, NSE: EROSMEDIA), it is more or less due to either their competitive edge in the industry or due to recent takeover attempts like in the case of Fame.

Perhaps due to such difficult financials, two earlier IPO attempts by Midvalley in July 2007 and October 2008 could not be carried out.

There is also a worry that the current IPO may eventually amount to a sell-off by the current promoter group as their stake will get reduced from 49.9% to around 34%. Such gradual sell-offs are common in the entertainment industry, with the most famous or infamous being K Sera Sera (BSE: 532081, NSE: KSERAPRO), which now doesn’t have a promoter group at all.

On the upside, the most notable aspect of Midvalley Entertainment is its business model, which is not very capital intensive, as it advances its business by tying up with independent screens, and helping them renovate to new technologies, rather than starting screens or multiplexes on their own.

Midvalley also has a presence of script-to-screen in the business, and focuses on B & C class cities/theatres where there is lesser competition from bigger players.

Midvalley’s main promoter and Chairman is now a prominent Malaysia based NRI of Tamil origin, Datuk K Keetheswaran, who took over the company in 2006.
The company is managed by a team including Executive Director and COO, K Murugavel, who was earlier with global majors like EDS, AIG, & Total Systems, and Company Secretary and Compliance Officer, SN Madhavan, who was earlier with PVP Ventures.
Posted by Seasonal Magazine at 3:55:00 PM