Mute Manmohan Watches as Coalgate Engulfs Congress from All Sides 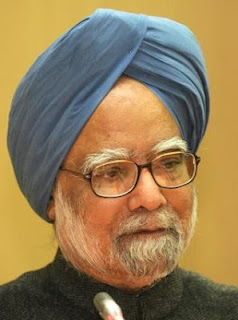 
The Great Fire of Rome started on July 19, 64 AD, and burnt for six days.  There are several varying accounts of it in history. One of the accounts suggests that Nero the king of Rome watched the fire destroy the city, from one of Rome’s many hills, while singing and playing the lyre, a stringed musical instrument.

As TN Ninan, one of the most respected business editors in the country, recently wrote in the Business Standard “Corruption silenced telecom, it froze orders for defence equipment, it flared up over gas, and now it might black out the mining and power sectors. Manmohan Singh’s fatal flaw — his willingness to tolerate corruption all around him while keeping his own hands clean - has led us into a cul de sac , with the country able to neither tolerate rampant corruption nor root it out.”
Manmohan Singh like Nero before him has been watching as institutionalised corruption burns India. The biggest of these scams has been termed “coal-gate” by the Indian media. The Comptroller and the Auditor General (CAG) of India put the losses on account of this scam at a whopping Rs 1,86,000 crore.


As can be seen from the table above the actual production of coal at 540 million tonnes was a little less than the target. This was an increase of 1.3% over the previous year. Also since the actual demand for coal was significantly higher than the actual production, India had to import a lot of coal during the course of the year. Estimates made by the Coal Controller Organisation suggest that the country imported around 99million tonnes of coal in 2011-2012. The Planning Commission had expected around 137million tonnes to be imported in the year. So the Coal Controller’s estimate for coal imports is significantly lower than that. Also the increasing import of coal is not a one off trend.


As the above table suggests India has been importing more and more coal since the turn of the century. A major reason for this has been the inability of the government owned Coal India, which is the largest producer of coal in the country, to increase production at a faster rate.

In fact, to its credit, the government of India realised the inability of the country to produce enough coal in the early 1990s. The Coal Mines (Nationalisation) Act 1973 was amended with effect from June 9, 1973, to allow the government to give away coal blocks for free for captive use of coal.

The Economic Survey for 1994-95 points out the reason behind the decision: “In order to encourage private sector investment in the coal sector, the Coal Mines (Nationalisation) Act, 1973 was amended with effect from June 9, 1993 for operation of captive coal mines by companies engaged in the production of iron and steel, power generation and washing of coal in the private sector.”

The total coal production in the country in 1993-94 stood at 246.04million tonnes having grown by 3.3% from 1992-93. The government understood that the production was not going to increase at a faster rate anytime soon because the newer projects were having time delays and cost overruns.

While the policy to give away coal blocks has been in place since 1993, it didn’t really take off till the mid 2000s. Between 1993 and 2003, the government gave away 39 coal blocks free to private companies as well as government owned companies. 20 out of the 39 blocks were allocated in 2003.

In the year 2004, the government gave away four blocks. But these were big blocks with the total geological reserves of coal amounting to 2143.5million tonnes. After this the floodgates really opened up and between 2005 and 2009, 149 coal blocks were given away for free.


The above table makes for a very interesting reading. Between 2004 and 2009, the government of India gave away 153 coal blocks with geological reserves amounting to a little more than 40 billion tonnes for free. Estimates made by the Geological Survey of India suggest that India has 293.5billon tonnes of coal reserves. This implies that the government gave away 13.7% of India’s coal reserves for free in a period of just five years.

The Congress led United Progressive Alliance was in power for most of this period with Manmohan Singh having been sworn in as the Prime Minister in May 2004. Interestingly, things reached their peak between 2006 and 2009, when the Prime Minister was also the Minister for Coal. During this period 128 coal blocks with geological reserves amounting to around 35 billion tonnes were given away for free.

But giving away the coal blocks for free did not solve any problem. As per the report prepared by the Comptroller and Auditor General of India, as on March 31, 2011, eighty six of these blocks were supposed to produce around 73million tonnes of coal. Only 28 blocks have started production and their total production has been around 34.6million tonnes, as on March 31,2011.

The CAG and the Losses


As is clearly explained above the Manmohan Singh led UPA government gave away around 14% of nation’s coal reserves away for free. Nevertheless, several senior leaders of the Congress party have told the nation that there have been no losses on account of the coal blocks being given away for free, primarily because very little coal was being produced from these blocks.

P Chidamabaram, the finance minister, recently said “If coal is not mined, where is the loss? The loss will only occur if coal is sold at a certain price or undervalued.”

Digvijaya Singh, a senior Congress leader targeted Vinod Rai, the Comptroller and Auditor General. Singh told The Indian Express that “the way the CAG is going, it is clear he (i.e. Vinod Rai) has political ambitions like TN Chaturvedi (a former CAG who later joined the BJP). He has been giving notional and fictional figures that have no relevance to facts. How has he computed these figures? He is talking through his hat.”

This is sheer nonsense to say the least and anyone who understands how CAG arrived at the loss number of Rs 1,86,000 crore wouldn’t say so.

The CAG reasonably assumed that the coal mined from the coal blocks given away for free could have been sold at a certain price in the market. Since the government gave away the blocks for free it lost that opportunity. This lost opportunity is what CAG has tried to quantify in terms of a number.

Also, the total coal available in a block is referred to as geological reserve. Due to several reasons including those of safety, the entire geological reserve cannot be mined. The portion that can be mined is referred to as extractable reserve. The extractable reserves for the blocks (after ignoring the blocks owned by government companies and underground mines) came to 6282.5million tonnes. This is equivalent to more than 14 times the annual production of Coal India Ltd.

Chidambaram and Singh were basically trying to confuse us by mixing two issues here. One is the fact that the government gave away the blocks for free. And another is the inability of the companies who got these blocks to start mining coal. Just because these companies haven’t been able to mine coal doesn’t mean that the government of India did not face a loss by giving away the mines for free.

What are the Problems with the CAG’s Loss Calculation?


The problem with CAG’s loss calculation is that it doesn’t take into account the time value of money.  The government wouldn’t have been able to sell all the coal all at once. It would have only been able to do so over a period of time. The CAG doesn’t take this into account. Ideally, it should have assumed that the government earns this revenue over a certain number of years and then discounted those revenues to arrive at a present value for the losses. This calculation goes against the government.

Also, the price at which Coal India sells coal to companies it has an agreement with, is the lowest in the market. It is not linked to the international price of coal.  The price of coal that is auctioned by Coal India is much higher than its normal price.

As the CAG points out in its report on the ultra mega power project, the average price of coal sold by Coal India through e-auction in 2010-2011 was Rs 1782 per tonne. The average price of imported coal in November 2009 was Rs 2874 per tonne (calculated by the CAG based on NTPC data). The CAG did not take into account these prices. It took into account the lowest price of Rs 1028.42 per tonne, which was the average Coal India price.

So there are weaknesses in the CAG’s calculation of the losses on account of coal blocks being given away free. But these weaknesses work in both the directions. The bottomline though is that the country has suffered a big loss, though the quantum of the loss is debatable.


News reports suggest that several Congress politicians have benefited from the coal blocks being given away for free. The companies which got coal blocks haven’t been able to produce coal.

The government hasn’t been able to invoke the bank guarantees of the companies for the delay in producing coal. This is because of a flaw in the allocation letters. As the Business Standard reports “There is a technical flaw in the format of the allocation letters. As per the letters, the government can invoke the bank guarantee clause only in cases of less production, and not nil production.”

Some companies have started selling power in the open market. This power is being produced from the coal they mined out of the coal blocks they got free from the government.

The situation has all the facets of turning into a big mess like the previous scams under the Congress led UPA regime.

And like the previous scams, it is likely to be swept under the carpet as well. Despite all this, the Prime Minister Manmohan Singh will continue to be a mute spectator to all this, keeping the chair warm till Rahul Gandhi is ready to take over. I would be glad to be proven otherwise.

(Vivek Kaul is a writer and can be reached at vivek.kaul@gmail.com)
Posted by Seasonal Magazine at 7:13:00 PM