How Moyes and United Should Strike Back 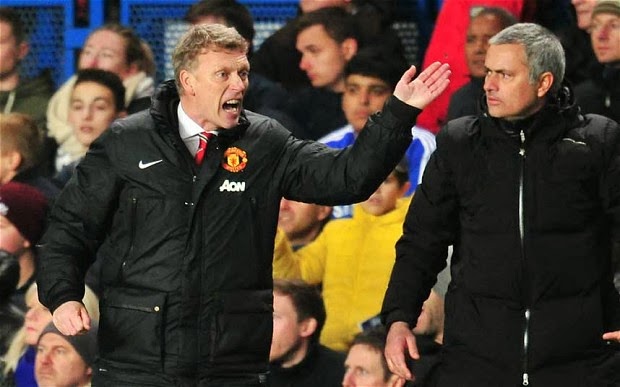 
To see United hovering around at the No. 7 spot is definitely not a common sight.

Manchester United has been 19 times English Premier League champions. The most decorated and popular club all across the globe. One look at the EPL standings would leave any football fan wide-eyed.

When David Moyes received the reins of Manchester United football club from Sir Alex Ferguson (arguably the most celebrated manager in the history of football) little did he know that his freshman year at Old Trafford will turn out to be a horrendous nightmare.

Many experts and football analysts have openly expressed the concern that United seems to be losing their much coveted aura, to which Moyes, of course, has retorted strongly. The call for Moyes’ head is growing louder and louder with each dismal performance the Red Devils put up. It is high time David Moyes should sit down and start putting together the missing pieces.

What Moyes should realise is that he did not inherit a championship winning team from Ferguson. But what he did inherit was a team with a never-say-never attitude and immense grit. The United team doesn’t boast of gold plated names or flashy controversial players but it does consist of players who have been moulded over the years to suit the United kind of play.

Moyes must take up the uphill task of bringing back the glory days of United, and fans are hoping that it is only a matter of time before it happens. But the big question is how?

David Moyes must accept the few positives in the side and the many negatives. What Moyes has in Johnny Evans is an exceptional talent who is highly under-rated. The way Moyes plays him in the upcoming matches holds a major key for United.

However, the biggest trump card Moyes holds is the teen sensation, Adnan Januzaj who is rapidly making big strides in the football world.

United is also in dire need for some huge signings and Moyes reportedly received around a 150 million transfer budget which he should use in the smartest way possible. The last transfer for United (Marouane Fellaini) proved to be a flop as he couldn’t get himself acquainted to the United way of things.

The latest news is that Moyes is eyeing to sign Uruguay star, Cavani who can serve as an ideal replacement if Wayne Rooney doesn’t wish to renew his contract. David Moyes isn’t a newcomer in this scenario. He single-handedly led Everton through troubled waters and transformed the club into a potential title winner.

So there is no doubt that Moyes is capable and eventually United may overcome this lean period. Also, the United fans must be patient and give some more time for the new manager to sink in and cement his roots.

Only then will Moyes be completely equipped to lead United back to its lost glory days.
Posted by Seasonal Magazine at 11:56:00 AM