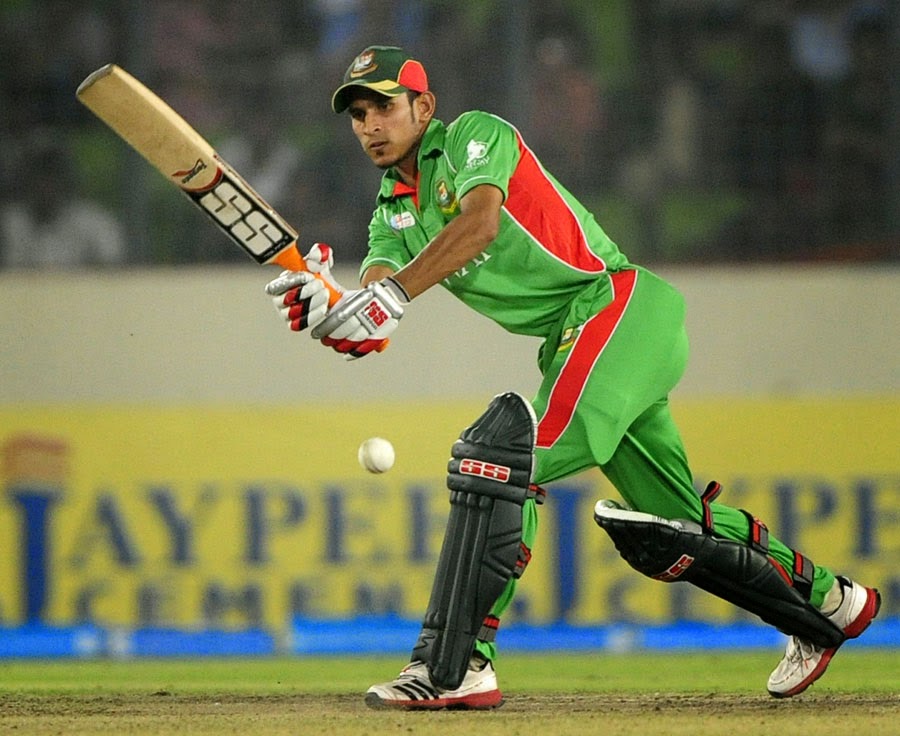 
The world is gripped with the FIFA 2014 WC fever at a time when Bangladesh looks to start their cricketing season on a promising note as they take on a second-string Indian team, less glamorous though equally hungry for success. Authorities in western Bangladesh pleaded with football fans on Tuesday to remove tens of thousands of Brazilian and Argentinean flags from their rooftops citing that such a mass display of support was “disrespectful” to the country’s own national flag in a normally cricket-mad nation.

Although better known for their love for cricket, Bangladeshis over the years have lost hope in their national team who has failed to win a single bilateral series against highly-ranked test-playing nations. Bangladesh has just not been able to collectively outperform their opponents. It is either one-upmanship with the bat that takes them to a strong total or an unexpected bowling spell that pegs the scoring rate.

Apart from stray moments of heroics, Bangladesh as a unit desperately needs to convert their fighting spirit into a result-oriented performance. Their fledgling support base has sounded the emergency bells for a team that is always touted to be a “giant-killer” but they themselves end up being mauled severely by their counterparts.

Batting has been Bangladesh’s forte though the brittleness of the middle-order has always led to their downfall. Lack of a technically-sound No.3 batsman has made it difficult for them to rely on that one batsman who can anchor the innings. Hard-hitting opening batsmen have been the common features in all the batting line-ups who have often been criticized for throwing away their wickets. Bangladeshi batsmen should learn the art of “putting a price on your wicket” and look to grind it out in the middle for a longer duration of play.

Mushfiqar Rahim’s statement about the incompetence of the visitors is clearly misplaced and undesirable at a time when the skipper faces public wrath for a miserable track record playing in home matches. Rahim should concentrate on the enormous task at hand, that is, to shift the focus from the football WC by playing an aggressive brand of cricket in order to woo the fans and not indulge in petty pre-match slurs at the opposition. The nation is known for producing uncanny and reckless pacers who rely on their speed without paying much attention to a specific bowling strategy. Employing a well-thought out plan to bowl at each Indian batsman may be the need of the hour considering their recent red-hot form in the IPL.

The spinners have not only struggled to dismiss well-settled batsmen but have also failed to check the flow of runs thereby putting added pressure on the pacers. Rahim also can’t boast of a decent bowling all-rounder who can chip in with the extra 30-40 runs. Despite having an intriguing talent like Nasir Hossain at their disposal, the team management has wasted him lower down the order when he should easily come in when the powerplay overs are due. Bangladesh needs to understand the specific roles that each player has to do in the team and the skipper will need to lead from the front which has often not been the case.

In order to tame the Indian batsmen, the Bangla bowling attack should instantly apply pressure right from the very first over and not allow easy runs to come by. It is a known fact that even the best of batsmen can falter if pushed to the wall and the standard of fielding they set will be crucial to their chances of challenging their adversary. The fielders are often high-spirited and jumpy at the start of the innings but the vigour tapers off after a streak of boundaries are hit. A patient and calculated approach to batting combined with a disciplined bowling strategy both topped with a fearless fielding display might be the winning formulae that Bangladesh is so desperate to arrive at. Remember their upset win over India in the 2007 ICC Cricket WC match in which their morale didn’t take a beating even once during the course of the run-chase. The key to their success lies in self-belief. The rest will follow suit.
Posted by Seasonal Magazine at 5:31:00 PM