Can MCX Ever Regain its Past Glory? 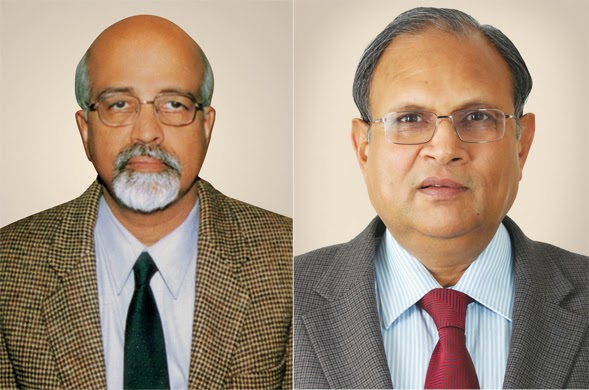 At today’s closing price of Rs. 865.95, India’s first and only listed exchange, MCX, is 263% up from its all-time lows. While that shows recovery, Multi Commodity Exchange of India is still far from regaining past glory, as it is trading 46.45% down from its all-time high, even now.

On one hand, it would seem that MCX has everything going for it, now. The controversial original promoter group is out, operations have been stabilized, new high-profile investors like Blackstone, Kotak Mahindra Bank, and Rakesh Jhunjhunwala are in, and the future looks not too bad.

But on the other hand, MCX has no promoter group to lead now, no CEO, a falling commodities market to serve, and it still has formidable odds like the Commodities Transaction Tax that discourages many traders.

Maybe these are the reasons why MCX stock is failing to fly again from the current levels, despite being backed by noted investors like Blackstone, Kotak, Jhunjhunwala, Prof. Shivanand Shankar Mankekar, & Radhakishan Damani.

All MCX stakeholders are putting their hopes on the FCRA (Forward Contracts Regulation Amendment) Bill to be passed by the Parliament soon, which can dramatically improve the commodities market potential by enabling options and index trading, as well as facilitating mandatory hedging by companies.

But what if the FCRA Bill is not passed by yet another session of the parliament? That would call for a merger of the Forward Markets Commission (FMC) with SEBI, which too is a daunting task to execute.

That is why the jury is still out on the million-dollar question whether MCX can ever regain its past glory in the near future.

The past 15 months have been nothing less than tumultuous for The Multi Commodity Exchange of India Ltd. (MCX) What started off from the imposition of Commodities Transaction Tax (CTT), gathered momentum after the payment crisis at National Spot Exchange Ltd (NSEL) unfolded.

As the two exchanges were promoted by Financial Technologies India Ltd. (FTIL), the clouds of distrust were also blowing over MCX, which has been India‘s leading exchange for gold, silver, metals, crude oil, cotton, etc. It was enough to send the share price of MCX – the country’s first listed exchange and for long a darling midcap of the bourses - crashing from around Rs. 800 to Rs. 238, within weeks.

The fear was that whether MCX too had skeletons hidden in its closet. However, today’s MCX is a different story altogether. The share price has soared from Rs. 238 to a 52-Week High of Rs. 923 recently, which is a 3.88 times appreciation within 15 months.

The credit for the turnaround goes to the new Board of Directors, led by Chairman Satyananda Mishra, IAS (retd.), who was formerly India’s Chief Information Commissioner, and Joint Managing Director Parveen Kumar Singhal, who was formerly the CEO of Delhi Stock Exchange.

The reasons for the rapid turnaround at MCX were many. Firstly, the strengths of MCX were not lost on anyone. Despite the crisis at NSEL and promoter company Financial Technologies (FTIL), The Multi Commodity Exchange of India remained the country’s largest commodity futures exchange.

But largest is not the right word to describe MCX’s market share in the commodity futures segment. Before the CTT was imposed and the NSEL crisis happened, MCX was reporting an average daily turnover in the range of Rs. 48,000 crore-50,000 crore.

On April 15th 2013, MCX had recorded its highest daily turnover of Rs. 1,19,241 crore. The market share of MCX during those days was around 89%. And even during the height of the crisis, MCX’s market share in this high turnover segment dipped only to 78.4%.

MCX’s technological and operational superiority, as well as first-mover advantage had made it a virtual monopoly, over the years. And in the commodities sub-segments of Metals & Energy, MCX has always been a market leader with over 80% market share generally.

But all these were not enough to prevent the exit of some high-profile institutional investors like NYSE Euronext. However, for every high profile exit, there were entries by equally high profile FIIs, the best example being Blackstone, one of the largest PE funds in the world.

MCX has always been a fundamentally strong business to invest in. During fiscal 2013, its Return on Equity (RoE) stood at a robust 25.6% Its Net Profit Margin was mindboggling at 46%. In other words for every Rs. 10 crore turnover it does (at the company level), Rs. 4.6 crore is its profit after tax. There are not many companies in India that enjoy such a profit margin. Moreover, it’s a debt free company.

Still, even with all these advantages, MCX wouldn’t have survived, if not for another development. Just like after the Satyam scam, Government and the market regulator acted quickly to ring-fence MCX from the influence of its erstwhile promoter group and its complex liabilities.

The Government used its extraordinary powers to supersede MCX’s Board of Directors with a new one, while the commodities regulator, Forward Markets Commission (FMC), unleashed a slew of measures for the safety of the leading commodity bourse.

MCX’s new board is headed by Satyananda Mishra, IAS (retd.), who was earlier India’s Chief Information Commissioner. If transparency was what everyone wanted from MCX, Government had handpicked one of the finest ex-bureaucrats whose expertise was ensuring transparency as CIC.

One of India’s senior-most bureaucrats, Mishra has handled various kinds of high-level assignments, throughout his exemplary career. He has been the Secretary, Department of Personnel & Training, which is one of the most powerful departments as its suborganizations include CBI, CVC, CIC, & PSEB.

Institutional heavyweights such as SBI, NABARD, & Canara Bank, who are also large investors in MCX, nominated senior banking professionals as their directors to the new board viz. BV Chaubal, R Amalorpavanathan, and M A K Prabhu, respectively.

While all these 10 directors including Chairman Satyananda Mishra lent their unparalleled expertise in diverse fields to stabilize the organization, the responsibility for executing the complex activities of the giant exchange without a glitch was taken on by the new Joint Managing Director, Parveen Kumar Singhal.

In a career spanning over 39 years, Singhal’s profile is unmatched in the securities and commodities markets. He has diverse experience in all the spheres of the exchange business and being earlier associated with SEBI and FMC gives him high credibility amongst the stakeholders. He also has excellent relationships with the market participants as he was earlier heading the Delhi Stock Exchange and OTCEI.

While the government set the ball rolling by entrusting the responsibility of MCX to such an exemplary board of Independent and Executive Directors, the new Board on its part did everything possible to ensure transparency and uninterrupted exchange operations.

MCX complied with the new guidelines its regulator FMC had introduced. This included an audit by an external agency, and MCX selected Pricewaterhouse-Coopers for this task. “Confidence of participants in the commodity markets and the institutions is returning. No doubt the continuous effort of the Exchange’s management during the trough phase has been a key factor”, says Jayant Manglik, President, Religare Securities Ltd.

Since FMC had declared MCX’s former promoter group, FTIL, as ‘not fit and proper to run any exchange’, and asked it to exit its stake in MCX immediately, the Exchange too pursued this initiative with diligence.

While many in the market turned wary on whether FTIL, the erstwhile promoter group, would be able to find any takers at a good price for their stake, MCX got a shot in the arm when Rakesh Jhunjhunwala picked up a minority stake from FTIL. India’s best known celebrity investor is known for identifying value long before the market does, and it came as a huge endorsement.

Next in line to invest was Kotak Mahindra Bank, that picked up a 15% stake from FTIL, after the PwC audit report had come out. This assured the wider market of institutional due diligence.

Kotak, in fact, wanted to pick up a higher controlling stake, but FMC wouldn’t allow it. Still, when Kotak went for the deal, the move assured the market that it was a good investment. Next to come in was SBI Life Insurance, and soon it was clear that FTIL had fully exited the exchange it created 11 years back.

That prompted FMC to relax many curbs on new contracts, and enabled MCX to launch new contracts for the upcoming calendar year.

When the Share Holding Pattern for the September quarter was published recently, there were more surprises. Two more high-profile celebrity investors - Radhakishan Damani and Prof. Shivanand Shankar Mankekar - too had picked up significant minority stakes in the leading commodity bourse. An even bigger surprise was that Rakesh Jhunhjunwala had continued to accumulate MCX shares during the quarter, thereby nearly doubling his stake to 3.94%.

When asked about his bullishness about MCX, the noted investor was crystal clear in his vision. “MCX is not a trading bet for me. It is a long term investment. I think it is one of the best proxy plays on India‘s financial space, especially in activities like hedging etc.”

The market share of MCX in the commodities space is steadily increasing, and has recently clocked 82%. The trust is back. Chairman Satyananda Mishra and Jt. MD P. K. Singhal can definitely start relaxing. But far from it, they are planning to take the MCX saga to the next round by starting an e-Mandi (a commodities spot exchange) and by launching forward contracts, which are two new businesses that are likely to do quite well in the future.
Posted by Seasonal Magazine at 5:56:00 PM