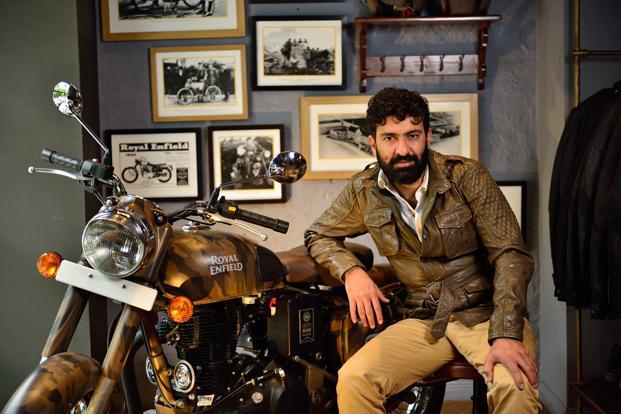 Eicher Motors, manufacturer of Royal Enfield and Bullet motorcycles, is set to announce its Q1 results on 28th July, just three days from today. In recent trading sessions, Eicher Motors' stock has crossed all key short-term moving averages like 30-day and 50-day, and closed today's trade strongly, up by 0.81% on NSE.

On 28th, when Eicher annouces its Q1 numbers, all eyes will be on its emerging exports business, as attaining traction abroad will be the game-changer from now on.

Just when its Royal Enfield motorcycle division was showing the first signs of a slowdown from the high growth of the past few years, its commercial vehicles JV with Volvo has started showing improved growth.

Share price is up by an impressive 94 times within the past 7 years, driven by earnings that expanded by 11 times.

Eicher Motors comes across as strong in metrics like Respect for Equity, Low Debt/Equity, Sales Growth, Growth in Margin, and Return on Equity.

While tempering of growth in Bullet motorcycles is happening now, this growth is still way above any of its competitors, driven also by the low base effect which is still in RE’s favour.

The division is betting big on a cautious and calibrated push into export markets which has started showing results in recent months.

For the 12-month period ending March 2016, profit has grown by over 61% over the corresponding period.

Despite continuing fundamental outperformance, the stock has become range-bound after several years of market-leading growth, due to high valuations.

However, the main promoter Siddhartha Lal, who is a Non Resident Indian (NRI) based in United Kingdom, continued his intention to lead the company, as seen from a disclosure Eicher Motors did in BSE and NSE today, regarding the company's application to Indian Government for allowing Lal to continue as Managing Director of Eicher Motors for the next 5 years, until 2021.

Siddhartha Lal shifted to UK to lead Royal Enfield's R&D facility there, which is expected to strengthen its global foray in the coming quarters.
Posted by Seasonal Magazine at 7:06:00 PM