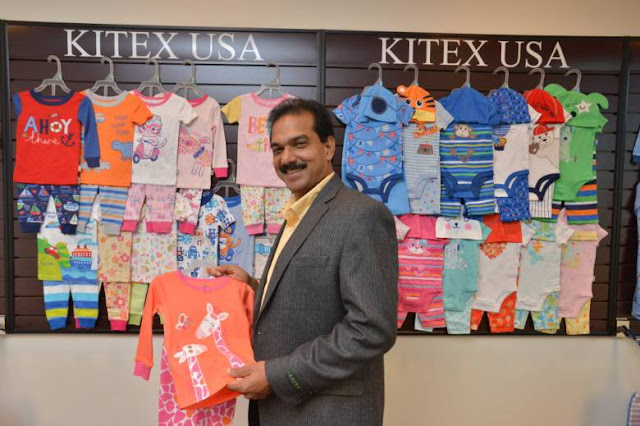 Despite closing today's trade down by 1.84% in NSE, Kitex Garments maintained its recent uptrend, trading well above its 30-Day and 50-Day moving averages.

The stock has also convincingly breached its 150-Day moving average, and closed the day and this week above that crucial level.

The uptrend is in anticipation of Q1 results scheduled for 20th July, just 8 trading days from now.

This FY'17 Q1 numbers are special in that the company has guided for achieving zero-debt status by the June quarter.

The globally leading infant-wear manufacturer’s stock had a dream run in the bourses from 2011 to mid of 2015, appreciating by over 28 times within 4 years, driven by nearly 5 times expansion in profits.

But since then it had corrected by over 68%, on the performance breaking the growth guidance due to some adversities in its key USA market with regard to one client.

Kitex is still trading significantly below its 200-Day moving average due to this correction early this year.

However from Q4, both the fundamental performance and the stock have been improving slowly but steadily.

A dividend paying company, and that too rising dividends over the years, Kitex Garments’ yield will, however, come across as high only for investors who have been holding for long.

A major breakthrough in the company’s fortunes, in the medium-term, might happen when its plans to launch its own infant wear brand, 'Little Star', in the USA market, happens by October 2016.

Until now, Kitex was supplying to other leading brands like Carters, Gerber, Mothercare, Jockey & Toys R Us, mainly in the American and European markets, for their infant-wear for babies less than 2 years old.

On a longer horizon, a major trigger would be a two-step plan by the promoters to list Kitex Childrenswear Ltd which is in the same line of business, and to merge it into Kitex Garments Ltd.

While this may entail dilution for existing investors, in the long-term the combined entity will emerge stronger as one of the world’s largest infant-wear manufacturers.

The recent textile policy announced by Indian Government is also positive for Kitex, as it stands to cut costs and boost profitability.

Kitex investors will be keenly watching whether the stock can breach its 200-Day moving average in the run-up to the results on July 20th.