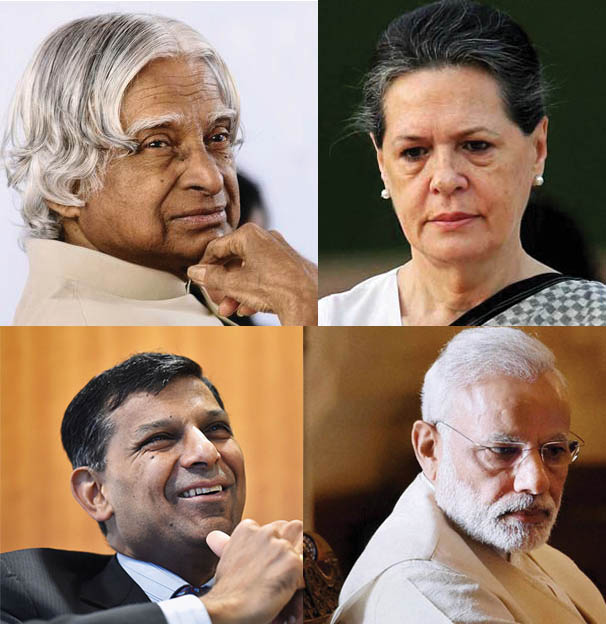 While the collapse of Communism across East Europe or the 2008-09 world financial crisis are perfect international examples; the declaration of Emergency and the economic liberalization of the 90’s are befitting examples from the country.

While some of these changes have been thrust upon the world like the 9/11 attack, some like Brexit or the emergence of leaders like Modi and Trump have been the result of too much globalization for too long with too little results to show.

On November 8 when demonetization was announced by Modi, majority of Indians cutting across party lines, religious divides, and social strata thought that it must be a good step. After all, the PM was targeting only the black money hoarders.

This acceptance for the withdrawal of Rs. 1000 and Rs. 500 notes, was despite this being a reform that was thrust upon the people without warning.

Just a little over a month later, India has realized that Modi’s dream project of demonetization has gone wrong seriously, with it taking away the wind from almost all industrial sectors as well as agriculture.

The Who-is-who of world economics have since come forward to explain what was horribly wrong with Modi’s demonetization. And defying all expectations, most of the money that was in circulation has come back into the system already!

Come January, and when companies will have to spill out how they had performed in Q3, brace for some really bad numbers. Except for food staples, almost all companies are expected to report pathetic numbers, and that includes some of the most successful ones that were riding on the booming spend on discretionary items.

It would be many quarters, if not a couple of years before India Inc and its agricultural sector would come back to its former glory. We can just keep our fingers crossed till then.

Even the international media which were highly appreciative of Modi’s decisive steps in promoting trade and investments were scathing in their attacks on his poorly conceived demonetization program.

Poor forecast and even poorer implementation of the scheme by both government and RBI resulted in demonetization becoming nothing less than a sudden cash crunch that evaporated all the sentimental as well as concrete gains the economy had made since Modi came to power on high expectations of growth.

Would Modi have done this, if he knew this would be the aftermath? Of course not, and what that reveals is that the Indian PM was misguided by some elements in right-wing politics as well as the administration.

Almost all well-off adults in this country know that greater wealth – accounted or unaccounted – is kept as real estate, gold, and bank deposits.

Then, why this run on paper currency in people’s hands? Richer the people, greater would be their concern on yields, and who would keep such huge hoards of paper currency – having zero yield - with them? Very few Indians, in fact.

But how could an Indian Prime Minister be misguided so much? Extreme critics might cite that he is not an economist, and things like that, but reality is that leaders with lesser education and experience have ruled India without committing such blunders.

The answer, therefore, lies in Modi’s failure to consult really knowledgeable people who are also trustworthy, before undertaking such a giant reform.

When Seasonal Magazine interviewed a noted business leader earlier in the year, we wanted to have his take on why wouldn’t Raghuram Rajan speed up the reforms and the rate cuts. And what this CEO confided was something very educative, and even more educative now.

He said that Rajan was fully required to be extremely cautious, as the economic and monetary governance of the nation could go haywire if Rajan played to the whims and fancies of the ruling politicians and the heavily indebted corporates who were demanding faster and faster rate cuts.

It pains to realize that the current turmoil affecting the entire nation wouldn’t have happened if Raghuram Rajan had been given a second term as RBI Governor. That he was a good teacher to Modi on economic matters, Modi himself had generously conceded publicly.

Dr. Rajan could have dissuaded the PM from taking such a drastic step, or would have at least made RBI, the mints, and the banks more prepared in dealing with the situation.

He has recently gone on record about why he didn’t seriously consider suggestions for demonetization, as he felt that the creative citizens would innovate numerous ways to circumvent it. And that is what has exactly happened.

Instead of giving Dr. Rajan a second term as RBI Governor, or giving him an even more prominent role in the economic governance, Modi played to the right wing gallery, listened to people like Subramanian Swamy, and see where India has ended up!

However, such episodes are not monopoly of the BJP. The Congress and UPA had done exactly the same thing a few years back when they played cheap partisan politics, and showed Dr. APJ Abdul Kalam the door, by not backing the ace scientist and visionary for a second term as the President.

The Congress paid a huge price for it during its second term, and the same phenomenon is getting repeated now post the unkind way in which Dr. Rajan was eased out of the pivotal role.

Some may think it is a curse of Dr. Kalam or Dr. Rajan, but the reality is that it is a ‘curse’ of knowledge and trustworthiness, when they are discarded as of no value.

Some politicians may have trouble in depending on such experts, and if that is so let them depend on common sense.  Let them re-read Gandhi who said that whenever a leader is contemplating a major reform let him think whether how this is going to affect the poorest of the poor.

Forget Gandhi’s idealism if you may, but can you forgo his common sense. Even now India is a country where 96% of its citizens’ personal wealth is below Rs. 6 lakhs!

And if politicians expect this 96% to vote for them, how will they ever make them stand in endless queues to get their own hard-earned money back from banks?

That is why demonetization has ended up as a horrible blunder, which now requires extraordinary steps and a longer duration to negate its after effects.
Posted by Seasonal Magazine at 6:13:00 PM