When 39-year old Akhilesh Yadav became the Chief Minister of Uttar Pradesh for the first time, and 85-year old Parkash Singh Badal became Chief Minister of Punjab for the 5th time, what was there in common? Nothing much, except that Indian politics is as complex as its colours of Holi, during which time the election results had come?

After all, Akhilesh is young enough to be the grandson of Badal, isn’t it?

But there indeed is a pattern emerging. This election has sounded the death knell of national political parties, like it has never happened before.

Now, regional party Chief Ministers govern in 9 Indian states, which is one state above what India’s second-largest national party, BJP, is governing with its own CMs.

But BJP is definitely not the biggest loser in this elections. The deadliest blow has been to Congress itself, whose list of governed states are more made up by some of the smallest states in the country like Arunachal Pradesh, Assam, Kerala, Manipur, Meghalaya, & Mizoram.

Though both Congress and BJP tend to show-off their state-level coalitions that are governing in a few of the states, nobody misses their weak positions vis-à-vis their strong partners like Mamata Banerjee and Naveen Patnaik in such states.

To understand this in perspective, the smallest among these, Punjab, has a population which is higher than the aggregate population of six smaller states governed by Congress or BJP CMs - that is Uttarakhand, Meghalaya, Manipur, Goa, Arunachal Pradesh, and Mizoram.

In other words, an overwhelming majority of India is moving towards regional parties.

Yet, Congress is getting a disproportionate percentage of power across India, thanks to the indifference exhibited by BJP as well as capable leaders like Nitish Kumar, to topple the government at centre.

But don’t expect that to remain for long. Real power has this characteristic of not going unrecognized for long. The powerful will naturally start exercising their capabilities soon.

Or has it already started? If Congress thought that Mamata Banerjee’s uniquely demanding nature was a one-off phenomenon, it is time it got itself ready for a new Mulayam Singh Yadav.

Proving that forsaking the UP throne in favour of his son, was no fatherly benevolence, but just to focus more on the New Delhi throne for himself, Mulayam has already announced that it is time for a fourth front, made up by these powerful regional parties.

The name may be unnecessary, as the third-front has already proven to be on ventilator, with leadership lying with nationally marginalised outfits like the Left Front.

Nitish Kumar or Naveen Patnaik may be timid, but don’t expect any level of timidity from Mulayam, when it comes to taking over New Delhi. He very well knows that the coming months, and the next Lok Sabha elections - the earlier it is the better - is his best and probably last chance to stake a claim to rule India, backed by powerful regional leaders like himself.

Another hallmark of some of these regional leaders is their ‘Sorry’ plank. While Jaya and Akhilesh have stormed to power, by repeatedly apologizing before their electorates for earlier follies, while for others like Nitish Kumar and Naveen Patnaik, serious allegations of corruption or mis-governance are yet to surface. While Akhilesh was instrumental in dumping elements like Amar Singh, Jaya has been prompt in discarding power centres like Sasikala.

For the nation, it may well prove to be a second independence. Because almost all these regional leaders - be it Mamata, Jaya, Nitish or Naveen - are sharply focused on developing their states - which is increasingly covering most of the Indian population. Expect more regional party chief ministers to emerge in the coming years, if not months.

It will be a fitting finale to the arrogance exhibited by the country’s national parties like Congress and BJP, and namesake ones like CPI-M. 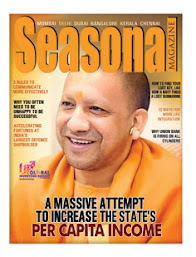