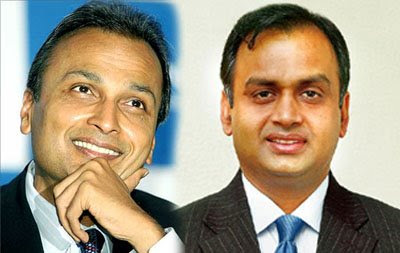 Is Reliance - Anil Dhirubhai Ambani Group (R-ADAG) again eyeing Dhanalakshmi Bank? If the rumours are true this time, Dhanalakshmi Bank will become the second Kerala based bank after Catholic Syrian Bank to develop insecurity, despite having a not-so-bad history.

Ever since he changed over to Dhanalakshmi Bank from Reliance Capital Asset Management Company, a Reliance-ADAG company, Managing Director Amitabh Chaturvedi has battled suspicions that a buyout by R-ADAG is imminent. Despite many refutals, the controversy refuses to die down, taking into account the advantages Anil Ambani would have with a small bank in his fold.

And Dhanalakshmi Bank is no ordinary small bank. It has a history of 82-years, an uncommon feature in the country’s private sector banking.

However, after Amitabh Chaturvedi took over the helm, Dhanalakshmi Bank has been trying to shrug off its traditional roots and re-brand as a new generation bank. The wisdom of that move is doubtful, considering their traditional and community-oriented shareholders and customers, as well as the unreliable brand image of many new generation banks.

If the Reliance-ADAG takeover rumours are true, Dhanalakshmi Bank will be the second Kerala based bank to face a similar situation, with Federal Bank trying to take over Catholic Syrian Bank.

Amitabh Chaturvedi has expressed plans to grow Dhanalakshmi Bank even by 100% to bring it within the first-five segment of private banks. But with no inorganic opportunity in the horizon, the achievability of this plan is doubtable.

Dhanalakshmi Bank recently announced a venture fund with Rs. 2000 crore corpus, a move that will give it a better long-term investment view in selected companies. The fundamentals are also good with profit for 2008-09 nearly doubling over the previous year, making it attractive for deep-pocketed investors like Reliance-ADAG.

However, some recent strategies of Dhanalakshmi Bank are enigmatic.

Even in a recessionary environment, Dhanalakshmi Bank has announced plans to double its employee base by recruiting 1300 new people. The safety of this move is not clear, taking into account the level of performance-linked wage structure in place at the bank.

Dhanalakshmi Bank had also recently entered into an exclusive deal with Bajaj Allianz to distribute their insurance products. It was a rather strange strategy as no other private bank is relying on a single insurance brand. Moreover, many peer banks are entering the insurance management business and not just the insurance distribution business.

Until recently, Dhanalakshmi Bank exhibited surprising lethargy in decisively moving forward. The Board’s reluctance to reduce a major shareholder’s stake below 10%, as well as to increase their net worth above Rs. 400 crores were surprising, as it prevented further branch expansion as per RBI norms. Similar was the case with the long delay in removing the chit clause from Dhanalakshmi Bank’s MoA. Now these three issues stand solved. But investors and customers can’t be blamed for suspecting that further such surprises might be there in the bank’s books.