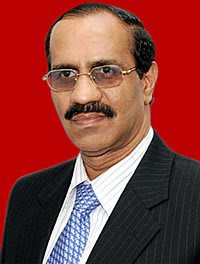 Under Chairman KR Kamath's charge, Allahabad Bank’s non-performing assets (NPAs) have gone down, and the bank faces no emergency recapitalization.

Allahabad Bank’s net profit growth declined to 19% in fiscal 2009, compared to previous year’s 30%. This was quite unlike many PSBs, and hints about possible problems specific to Allahabad Bank, apart from the ongoing downturn.

Like some other PSBs, Allahabad Bank too had recently restructured many loans – a move which is alleged to prevent some NPAs from appearing in the last balance sheets of these public sector banks.

Allahabad Bank recently faced major embarrassments in the form of two fraud cases – one by EOW and another by CBI, possibly caused by failure in due-diligence by some of its frontline officers.

Not many banks have seen all three – 19th, 18th, & 20th centuries. Established in 1865 by European bankers, this Kolkata based public sector bank (PSB) is the country’s oldest joint stock bank. Chairman KR Kamath who took charge in late 2008 is the youngest CMD ever of a state-owned bank, and is known for his articulation.