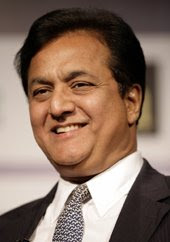 But Yes Bank has made good progress in certain niche areas like corporate lending to the country’s medium to large enterprises, since its start in 2004.

Driven by a massive advertising campaign, Yes Bank projects a profile that is much ahead of many of India’s private sector banks, but size-wise it is smaller than most small private banks of India like Federal Bank, South Indian Bank, ING Vysya Bank, Dhanalakshmi Bank, IndusInd Bank, and even Catholic Syrian Bank.

However, Yes Bank always has the consolation that it is the only Greenfield banking project in India during the past several years.

Has Yes Bank got what it takes to be a key player in India’s private sector banking? Comparing to the first five-year growth trajectories of private-sector successes like ICICI Bank, HDFC Bank, Axis Bank, or Kotak Mahindra Bank, the growth shown by Yes Bank doesn’t come across as promising.

For example, though the profit growth posted for the quarter ending June 30 is not bad at 84% (QoQ), its component figures are troubling. It was mainly driven by a 103% rise in non-interest income, mainly from Yes Bank’s treasury operations. Also, the growth figures are not that impressive on a sequential quarter basis, and some key numbers like deposits have actually gone down over the just preceding quarter. The rise in treasury income is highly unlikely again during this fiscal.

But Yes Bank need to tread carefully in these domains as it already has a serious non-performing assets (NPA) problem. During the first quarter of this fiscal, Yes Bank’s gross non-performing assets (NPAs) have made a dangerous jump – nearly three times – and their non-tax provisions have also shot up by over five times, signaling major problems in loan defaults and restructuring.

Promoted by former Rabobank India head Rana Kapoor, one of Yes Bank’s largest shareholders is the Netherlands based Rabobank. A Dutch cooperative bank consortium owned by its customers, Rabobank primarily caters to agriculture and food business. Though known for good management, Rabobank’s Irish unit has been in deep trouble for some time due to almost one-third of its assets turning non-performing, and was in need of a government bailout.

Until now, Yes Bank followed an unconventional strategy of ignoring the business of current account / savings account (CASA) deposits. And until now, Yes Bank had shied away from retail banking, citing high risks. But now, when established retail players like ICICI, HDFC, & Axis are scaling down their retail operations due to proven risks, Yes Bank is pinning much hope on retail lending.

But with one of the tiniest CASA ratios in India – at around 9% - Yes Bank’s plans to source funds for the highly competitive retail lending segment might prove to be difficult. The bank has little access to low-cost CASA deposits, while it’s exposure to high-cost deposits is high.

Yes Bank is known to take risks, a recent example being the participation in the controversial plan to revive Subhiksha. The soundness of this strategy is doubtable as peers like Kotak Mahindra Bank who had earlier funded the troubled retailer has opted out of the consortium and instead filed a winding-up petition in courts against Subhiksha.

Yes Bank was also recently mentioned in Lok Sabha for violation of one or more of five RBI guidelines, together with 12 banks. The exact violation in Yes Bank’s case – whether it was irregularities in Know-Your-Customer (KYC), Initial Public Offer (IPO), Foreign Exchange Management Act (FEMA), Cash Reserve Ratio (CRR), or Statutory Liquidity Ratio (SLR) – is not known. The bank declined to comment on a query on this issue.