Lavasa IPO: Can Too-Big Be Too-Good for Investors? 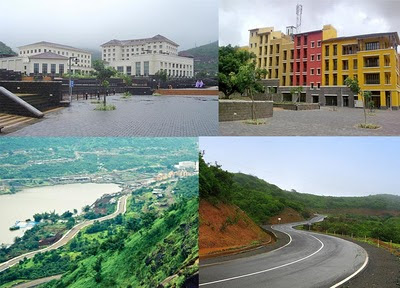 The project and the parentage are fine. But will they be enough for HCC to have a smooth sail for their Rs. 2000 crore Lavasa IPO is the crucial question. Investors will be looking at the commendable upsides like the project scale, as well as the potential downsides that are unique and complex when such a city-project goes for its IPO.

For the first time in the country’s capital market history, a city is going for its IPO. And needless to say, Lavasa’s upcoming IPO is throwing up some unique attractions as well as challenges for the prospective investors.

At 100 sq kms, Lavasa is roughly the size of Allahabad, Jodhpur, Rajkot, Coimbatore or Kochi. But if these cities took hundreds, if not thousands, of years to develop, Lavasa’s ambition is to grow to such scales within two decades.

This kind of a lofty objective is quite good in the capital markets, as this kind of vision is what separates leaders from laggards, especially in project oriented sectors like capital goods, power, infrastructure, and real estate.

However, there is also the case of Lavasa being a bit too big. Lavasa Corporation Ltd, now a subsidiary of Hindustan Construction Ltd (BSE: 500185 NSE: HCC), runs the risk of being regarded as a single project company having all the related downsides, much like how Jaypee Infratech was assessed recently post-listing, resulting in a truer price-discovery.

Skeptics for the project have always been there, but Lavasa Corporation Ltd completed the first phase almost on schedule in 2010, comprising over 1000 villas and 500 apartments in its residential section. However, what is complete is nothing compared with not only the works to be completed, but the works yet to be started. Dasve, one of the three towns in the first phase, is the already operational town.

The whole development is spread across four phases, with the second phase getting completed in 2014, the third in 2017, and the final phase in 2021. Just 3 hours from Mumbai, and 40 minutes from Pune, Lavasa has been designed on a philosophy of live-work-learn-play within walkable distances, and is coming up as 12 towns spread across 7 valleys.

What this execution challenge boils down is whether Lavasa Corporation can more or less proceed as per their plans. One look at parent HCC’s performance throws up a few doubts.

Despite clocking a turnover of Rs. 3500 crore, HCC has followed a strategy of a low equity base, and a high debt-equity ratio. That may be fine many years after the IPO, as in HCC’s case now, but for a company going in for IPO like Lavasa, this kind of strategy comes across as troubling. A query sent to Lavasa regarding their debt-equity ratio remained unanswered at the time of publishing.

Lavasa’s economic drivers will be five service industries – research, tourism, education, sports, & healthcare, and this first planned hill city post-Independence has already tied up with majors in each of these sectors who are constructing impressive facilities here. Some of these names include Apollo in healthcare; Christ University, Symbiosis, & Educomp in education; Accor, Mercure, Novotel, & ITC’s Fortune Hotels in hospitality; and Manchester City and Hockey Australia for Sports Academies.

But with many core services and manufacturing industries missing like BPO, financial services, telecom, automotive etc., it remains to be seen whether Lavasa’s ambition to be a true economic self-sustainer will work out even in the long term. The city has promised inclusiveness to all possible earning brackets, but similar promises from other builders earlier haven’t often worked out.

Master planned by USA’s largest architectural- engineering firm HOK, which has to its credit developments like Dubai Marina and Apple’s campus, Lavasa has already become a major tourist attraction due to its exotic aesthetics. Merging seamlessly with the scenic mountains of Sahyadri and the waterscapes of Mose River and Dam, the massive development tries to be as environment friendly as possible.

However the risks emanating from socio-political and environmental factors, given the controversies regarding the amendments to Hill Station policy, that enabled the realization of a project like Lavasa, and demand for formal enquiries can spring surprises.

The moving force behind Lavasa, Hindustan Construction Company (HCC), is the seventh largest listed civil construction company in India by turnover. HCC, founded in 1926, has to its credit landmark public projects like India’s longest sea bridge, the Bandra-Worli Sealink in Mumbai (in 2009); India’s largest rail coach factory at Kapurthala in Punjab (1988); India’s largest water treatment plant at Bhandup in Mumbai (1983); India’s first steel plant in Bhilai (1971); and the world’s longest barrage at Farakka, in West Bengal. Since getting listed in 1990, HCC has been a star performer in the bourses with its original Rs. 10 face valued share estimated to have crossed Rs. 10,000 in value after two bonuses and one split.

However, during the last year, HCC has almost turned into a laggard in its sector in the capital markets. The HCC scrip has had only a below average year-to-date price-performance of around 30%, even at this time while HCC plans for the Lavasa IPO, and even after a bonus run-up. In this scenario, many investors are likely to be sceptic of HCC’s recent stewardship in the capital markets.

On the upside, when HCC takes Lavasa through its IPO to raise over Rs. 2000 crore, there are several factors too that will encourage investors to subscribe, like the equity holding of eight banks including Bank of India, ICICI Bank, & Axis Bank, as well as other financial institutions in Lavasa. However, investors are likely to look at their lock-in periods, or whether they will sell out through the IPO or post listing.

However, one of the main positives for this IPO would be ironically historical, and likely to be missed by many in the new generation. HCC and Lavasa are from the house of Walchand Hirachand, which has played a unique role in the development of modern India.

That is why Walchand Hirachand is known as the Father of the Indian Transportation Industry, and a commemorative stamp was released on him by Prime Minister Dr. Manmohan Singh in 2004.

But there are also critics who take this as a track-record of doing things too early, too fast, and too massively that resulted in the Group losing two firms to the public sector, whereas Premier Automobiles was virtually wiped off by newer competitive entrants.

HCC’s Chairman & Managing Director Ajit Gulabchand is the scion of this business family who strives to take forward their pioneering, larger-than-life vision. Since taking over the reins in 1983, Ajit Gulabchand has taken the Group to dizzying heights like Rs. 3500 crore turnover and Rs. 4250 crore in market capitalization, not to mention the takeover of Swiss construction giant Karl Steiner AG, which even while increasing debt, elevated the image of the Group.

If and when Lavasa is finally listed, it will fall under the capital markets segment of Civil Construction (which includes HCC) that has a P/E of less than 25, or in the segment of Real Estate that has an average valuation of 35. Investors will be keenly watching this positioning. A query sent to Lavasa regarding this positioning remained unanswered at the time of publishing.

If Lavasa is willing to leave reasonable money on the table for its investors, and if the vision for this city full materializes over the years, and if Lavasa continues to show concern for the neighbouring villages, there is no reason why this IPO of a city can’t be a good bet. But needless to say, this is a long story that requires patience from investors before they can see the climax.
Posted by Seasonal Magazine at 9:52:00 AM