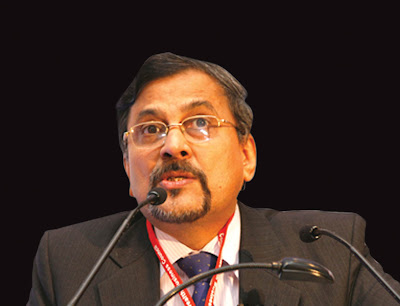 What do Ex-Im Bank of USA, China Exim Bank, Korea EximBank, Exim Bank Malaysia, and Exim Bank of India have in common? With its homegrown Chairman & Managing Director TC Venkat Subramanian facing retirement after a long stint, and its chief promoter, Government of India (GoI), looking at somebody from outside to replace him, Export-Import Bank of India appears to be truly at crossroads.

But somewhere down the line, Exim Bank got into unconnected businesses like film, SME, and agricultural financing.

Exim Bank of India got into film financing through the related domain of cash-flow financing for film distribution in overseas markets, but it soon led Exim Bank to produce films too. The bank has financed successes like Kabul Express, Dhoom, Dhoom-2, Fanaa, Veer Zaara, The Rising etc, but with the stakes getting higher and higher with each production, risk might be just round the corner.

Exim Bank of India’s diversifications into small and medium enterprises (SME) and agricultural finance, however, don’t carry even the synergies found in film financing, that is, except when it is for export assistance to these sectors.

Exim Bank is facing difficult prospects in its core business as overseas investments by Indian companies have witnessed a decline of nearly 15% during 2008-09. If this trend continues, Exim Bank of India stands to face a tough 2009-10 in its core areas like export credits, EOU finance, overseas investment finance, lines of credit, & export services.

Exim Bank of India’s Chairman & Managing Director TC Venkat Subramanian had recently cited the gloomy economic situation making the availability of export trade finance a major problem. It is not known how the bank plans to address this.

Exim Bank was recently pulled up by Reserve Bank of India (RBI) for lacking better compliance to its guidelines regarding loan syndication in multiple banking arrangements, as it had the potential for allowing major fraud.

Exim Bank of India was originally hived off from RBI in 1982 as a separate bank for Export-Import, under the Export-Import Bank of India Act 1981. It was modeled around the Ex-Im Bank of USA, China Exim Bank, Afrexim Bank, Korea EximBank, Exim Bank Malaysia, Exim Thailand, EximBank Vietnam, and several others, with similar objective - expanding nation's overseas trade.

Exim Bank is now considering the funding of a major Jatropha plantation project in Ethiopia by Emami Group of India. Queries by Seasonal Magazine regarding the risks of this move, considering the risk-profile of this African country as well as the plant, remain unanswered from Exim Bank of India at the time of publication.

It is possible that with the current Chairman’s exit – who was native to Exim Bank - the Government is planning a return to the original objectives at Exim Bank of India, with an outsider at the helm. TC Venkat Subramanian was with Export-Import Bank of India ever since its inception and was heading the bank since 2001.