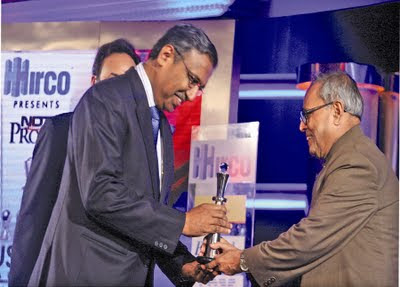 LIC was not self-made. It was chosen from among many, more than 50 years back. Chosen to be made the only operator in life insurance. But the acid test came in 1999. The sector was deregularized, with multiple private operators entering the sector. Most predicted a la BSNL for LIC, if not an untimely demise. But Life Insurance Corporation of India has emphatically proven that it has a long long life ahead. The private life insurers are yet to do a la Airtel or la RCom. A more honest statement would be that they are unable to do it. Unable to even figure out how to stop the LIC express. And then comes the double whammy for them – the worldwide financial meltdown. When even giants like AIG reeled, LIC found opportunity in distress. Their November 2008 launch, Jeevan Aastha, a close ended single premium plan went on to become a smash hit, with a record breaking first premium collection of Rs. 10,000 crore within 45 days. From its long-back status of the chosen insurer, LIC has become the choice insurer. What is powering the LIC juggernaut? Seasonal Magazine identifies 10 of LIC’s winning strategies:

In an ever changing business and investment environment, where the temptations for losing one’s way have been numerous for a financial company, it stands to LIC’s credit that it has never lost its focus on its core business – insuring lives. This has ensured LIC’s edge against competing investment platforms like recurring deposits, mutual funds, or equities. Because the pitch is, an LIC policy does all that, but it also insures life.

There is no doubt that people power continues to be LIC’s trump card. Even in 2008-09, LIC registered a 12.66% growth in its formidable army of agents, which now stands more than 13.44 lakh. Even while comparable financial organizations like SBI struggle to have a performance linked pay structure in place, this is a human resource pool that works entirely on performance status. LIC’s Post Recruitment Orientation Training (PROT) is reputed to make top performers from average sellers. It also goes to LIC’s credit that it didn’t opt for VRS or retrenchment for its salaried employee base, instead making them productive through HRD initiatives.

LIC continues to be the most believable life insurer around, based on actual claim performance. During 2008-09, LIC settled over 1.49 crore claims, with 97% maturity claims settled on or before date, and 93% of non early death claims settled within 20 days of intimation. Outstanding claims under death is 2.21% and that under maturity is just 0.26%.

Post de-regularization, LIC had moved swiftly to implement the latest paradigms in the area of IT implementation, so that the new agile competitors don’t have an advantage over it. Lately, LIC has started setting the standards in IT implementation, and its new EDMS project all set to be completed shortly, it will be LIC who is going to enjoy a huge edge due to technology.

It was once thought that alternate channels like bancassurance would sound the death-bell for LIC. Instead the company quickly adapted to the possibilities of the bancassurance model, and today has tie-ups with 34 banks on corporate agency model, and with 57 banks on referral model. And wonder of wonders, LIC’s alternate channels business is growing at a blistering pace of 32% annually.

Instead of waiting for the urban markets to get more and more saturated, LIC early on diversified its attention to rural markets, and with excellent results. LIC continuously recruits and develops special rural agents, and the insurer has opened a lot of satellite office in rural areas. The recently launched Jeevan Mangal and the repositioned New Jana Raksha plan have been quick hits with farmers and rural people.

LIC has more than 50 different plans catering to the different needs of different segments of the society. LIC also has 13 Pension and Group Schemes. Whatever be the need, LIC has a suitable policy to match that need. From conventional plans like endowment assurance, and money back plans to the contemporary unit-linked plans to serve a wider category of customers, LIC offers Unit-Linked Health Insurance Plan, Term Insurance plans, Plans for Women, Pension Plans, and a wide range of children's plans, too.

LIC continues to be the country’s largest investor. Even in a difficult financial year like the present, LIC has pumped in more than Rs. 1,00,000 crore of investments, of which over Rs. 22,000 crore is into the capital markets. LIC’s profits from equity this year is fast approaching Rs. 5000 crore, but it remains a net buyer. LIC is also powering the nation’s infrastructure, corporate debt, and government securities. Apart from profits, this gives the organization a lot of leverage with the Government, corporates, and the various funds.

LIC’s response to the Swaroop Committee has been quite rational. The organization reiterated that insurance continues to be a sold product and not a bought one, and as such the agents should not be meted out a bad deal.

Needless to say, LIC ownership continues to be a major competitive advantage. The 100% ownership by the government makes it risk proof and in the present economic climate, it is a huge advantage recognized by the customers.
Posted by Seasonal Magazine at 12:58:00 PM