Why SBI Gets No RBI Waiver on NPAs, PCR 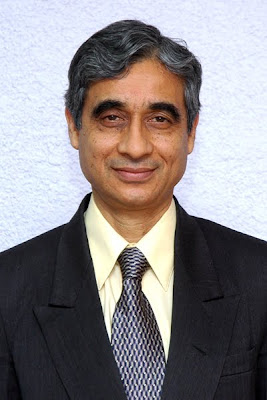 Does India's central bank, Reserve Bank of India, believe that nobody is too big to fail?

Post Lehman, post Merrill Lynch, & post RBS, the biggest joke doing the rounds in banking circles has been nobody is too big to fail. Because, whenever some wise mind tried to point out the risky games these giant banks played, the stock reply was, “Nah! Too big to fail”.

Now it seems that this newfound cautionary syndrome has caught up in India. The country’s central bank, RBI, often noted for its excellent and dynamic banking regulations has now come up with a stunner – all banks have to set aside funds to cover 70% of the total worth of bad loans. Technically called Provision Coverage Ratio (PCR) for Non Performing Assets (NPA), this has earlier been anything between 10-100%, with the average being 51%.

But some banks like, the country’s biggest – State Bank of India – always had a problem with this line of reasoning. Until recently, their PCR has been just 38.72%, and only on RBI prodding a couple of months back that it was hiked to the present 45.1%.

But Reserve Bank of India is still not impressed. There is no waiver even for the country’s largest bank that controls nearly one-fourth of Indian banking. SBI’s profitability is going to be hit, as the bank will have to set aside Rs. 3800 crore from their profits.

State Bank of India Chairman OP Bhatt has always maintained that his bank’s PCR is small due to the better quality of their NPAs. But conservative peers like Punjab National Bank (PNB) have set aside 90% and HDFC Bank has set 68%.

Anyway, why is Reserve Bank of India so adamant about 70% PCR? One reason might be the Indian banks’ aggressive new initiative to woo millions of home-loan seekers with an ascending interest rate pattern. SBI had pioneered this scheme, and received wide applause for it.

But this kind of loans where the interest burden starts light and gets heavier over the loan-term is said to be a major contributor to the subprime home-loan crisis in US.

Just imagine a couple in their 40s, taking a Rs. 40 lakh home loan in 2009. For the first four years, everything goes fine, and after that the higher interest regime sets in, just-in-time when their other burdens like children’s higher education / marriage sets in, and their employability and earning capacity decreases.

Is RBI foreseeing this scenario in India?
Posted by Seasonal Magazine at 12:29:00 PM