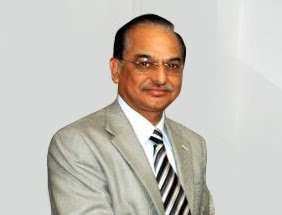 With the FPO opening date finally fixed for July 27, the stock of this buzzing PSU is again showing signs of climbing. But high overvaluation, significant erosion in cash reserves, the gathering slowdown in their core refining sector, and possible high-stake punters’ play due to the low-float makes not only the FPO but the very counter of Engineers India Ltd (BSE: 532178, NSE: ENGINERSIN) risky for investors now. From a 52 Week High of Rs. 538, that happened as recent as May 7, the stock had corrected deeply to Rs. 311.70 on July 1st, losing 42% of investors money. Now it has climbed again to 340-350 levels.

As the next PSU on block for a follow-on public offer, the Engineers India Ltd (EIL) counter is again witnessing a run-up in prices - which is fundamentally not rational - that can hurt retail investors if they are not cautious.

The FPO price will be fixed only on the day before the FPO opens, by the assigned Group of Ministers (GoM) for the Issue. This can turn the counter very speculative in the run-up to the FPO, and even afterwards.

Engineers India Ltd (EIL) currently trades at 26.91 times its trailing twelve months (TTM) earnings, which is rather high, translating to a yield of 3.72% annually, less than half of bank interest rates. In contrast, a much bigger but comparable player like Punj Lloyd trades at a reasonable P/E of 12.52.

Book value wise also, the pricing is not comfortable for investors as EIL trades at 8.52 times its book value of just Rs. 40.82. With comparable counters like Electrotherm available even below its book value, this doesn’t bode well for Engineers India as an investment option.

That leaves the question of how Engineers India has witnessed such a run-up in its share price and whether it is sustainable. One strength of the company has been its cash-in-hand, which has been until recently upwards of Rs. 1000 crore. But EIL’s chief promoter, Government of India, has stripped the company of much of its cash reserves by availing an unprecedented 1000% dividend, well before the FPO. This all-time record dividend rate in corporate India was despite the fact that weeks later the company was set to announce a 21% dip in Q4 net.

Ever since its inception in 1965, EIL has been a cash cow for the Government, paying it Rs. 600 crore in dividends on a rather small share capital of Rs. 25 lakhs. That is only about dividends, with the Government enjoying 90% of Engineers India’s over Rs. 12,000 crore market capitalization.

But the same cannot be said about EIL’s retail participants, especially those who invested in the counter seeing the recent run-up on news about the disinvestment, dividend, bonus, and stock-split. From a 52 Week High of Rs. 538 on May 7, the stock had fallen steeply to Rs. 311.70 on July 1st, a loss of over 42%.

One possibility is that large-scale punters have been at play, trying to pump-and-dump this scrip. The low public float of 10%, and the sudden spurt in liquidity due to the bonus and split enabled such operators to undertake such exploits, exposing retail investors in this counter to much danger.

Now with the public float itself all set to double to 20%, the concern is whether the stock will correct even more deeply, getting nearer to its true value. Interestingly, even at its 52 Week Low of Rs. 143.38, the stock is reasonably valued at a P/E of 11.10, which will be comparable to Punj Lloyd, and by price-to-book-value comparable to Texmaco at 3.43 times.

The Q4 dip in profits might be signalling gathering clouds in its core sector of refinery and petrochemical engineering, that is not expected to add much Greenfield projects. Also, nothing from the FPO proceeds of around Rs. 1200 crore will come into the company, as unlike many of the upcoming PSU FPOs, EIL’s is a pure disinvestment plan by Government, with no issue of fresh equity.

Due to the French auction route failing to garner retail support in the case of NTPC, REC, & NMDC, the Government will be reverting to the conventional book-building route in the case of Engineers India. But modalities like the extent of retail discount and how it is to be implemented in a volatile market needs to be fine-tuned. The widely anticipated 5% discount will be a difficult lure for investors as there is no guarantee that the share price won’t fall much beyond this discount at this fundamentally overvalued counter. Making matters worse is the knowledge that Engineers India will have to go in for a further 5% stake sale soon after the FPO to comply with the new 25% public holding norm in listed entities.
Posted by Seasonal Magazine at 1:22:00 PM