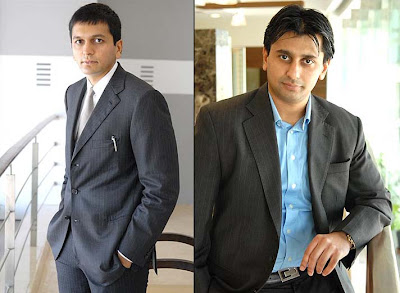 Mumbai based Lodha Developers claims the third largest size in Indian realty. The sector enjoys 40% profit margins. Lodha’s draft red herring prospectus was filed on 30th September 2009. But even after 9 months, the Lodhas haven’t been able to carry out the IPO. After the debacle in DB Realty and Nitesh Estates, Indian investors have been waiting anxiously for a realty IPO that can deliver profits. Markets are not sure why the Lodhas are not going for the IPO yet.

The official reason, right from Abhisheck Lodha’s desk is that markets are not ready. But markets have risen moderately by around 3% from September 30 2009 to today. Not a bad rise at all, compared with the international situation. If that is not bullish enough for the company, there were intervening bullish phases, and if the company was looking for bearish phases to time their IPO, there were enough corrective phases too. Still, the IPO didn’t happen.

Is it because of their negative cash flow? Or is it because the IPO won’t be attractive on valuations? Not really. With the realty average P/E ranging between 20 and 30, not much above the Sensex/Nifty forward P/E of 18 to 20, a share sale offer from a highly branded builder like Lodha should have been lapped up by investors in no time. This should have been the case even if Lodha had priced it rather heftily on the book, some 3 to 5 times of the actual value much like how DLF and Unitech trade these days. Because, every day, investors buy/sell more than 30 high-profile realty stocks at these kind of valuations, for a net amount which is at least three-times that of what Lodha wants from investors through their IPO.

In such a world, who can blame the Lodhas for not going to the market to sell shares at realistic valuations? In fact, Abhisheck Lodha has made it clear that his main concern is that investors would lose money on his stock in these uncertain markets. If the IPO is DLF-style, such a crash will definitely happen. That concern should be appreciated, as peers who apparently did not share such concerns recently like DB Realty and Nitesh Estates were corrected by the markets. At least, as of now, nobody is cringing that they lost money on Lodha stock.

But the highly enterprising Lodhas have other resources. PE funds for one example. Traditionally, private equity has been high-flying entrepreneurs’ best friend, by willingly entering into the investment game on high valuations, and later escaping by transferring the risk conveniently on unsuspecting retail investors through an IPO. Lodha Developers has been enjoying the wholehearted support of some of India’s and Europe’s largest PE funds like the investment arms of ICICI, HDFC, & Deutsche Bank. In fact, it has been reported that the German major is one of the forces forcing Lodha to go for a specific sized IPO so that they can exit with a specific profit. Otherwise, the Deutsche Bank arm has to undertake headaches like taking ownership of two Lodha projects that they had invested in.

PE funds are also Lodha’s strength when it comes to funding projects it evidently can’t do on it own, like the World One project, the world’s tallest residential-only tower. But the uncertainties regarding the financial closure (FC) of World One shouldn’t be criticised taking into account the funding required for the project, which is more than Rs. 2000 crore. The figure is pretty interesting as India is yet to have a real estate developer who has invested or attracted investments of more than Rs. 350 crore into their company. At the end of the day, blown-up market caps don’t complete projects, only hard cash does. But, of course, the Lodhas have also been quite savvy on the debt front. For example, it is known that they have restructured their debt efficiently to avoid repaying anything of their significant Rs. 1000 crore debt during this year. Another couple thousand crores for World One shouldn’t hurt, though it may stall the IPO even further due to unattractive debt-equity ratios.

Lodha Group is promoted by Mangal Prabhat Lodha, the richest state legislator contesting last elections, and sons Abhisheck Lodha and Abhinandan Lodha. Chairman Mangal Prabhat Lodha’s BJP affiliation has given them political opponents always, like how the Shiv Sena is now raising an uproar over World One. It is up to key director Abhisheck Lodha to ensure that Shiv Sena’s allegations are baseless and to give India something to be proud in World One, and to give Indian investors a great investment opportunity through their IPO.
Posted by Seasonal Magazine at 11:32:00 AM