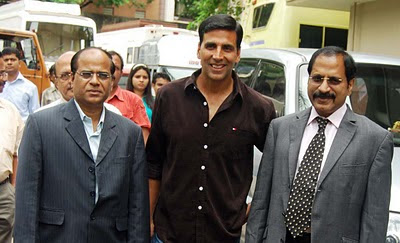 Manappuram Finance has come up with yet another quarter of blistering performance with net profit up by 226% YoY. But a performance of the same scale is not seen in the EPS even though it too improved by around 62% YoY. How did the YoY dilution contribute to this, and what would be the scenario going forward?
Considering YoY, the Q2 EPS growth should be higher, almost double of what you mention, as there was a bonus issue between these two quarters. But, apart from that, yes, dilution by way of our last QIP and the preferential issue were contributing factors to EPS growth lagging profit growth. But these very factors are going to correct the EPS in the coming quarters, as more capital was brought in to facilitate better portfolio growth. And these steps are already delivering results. By this fiscal end itself, hopefully, you will see EPS growth catching up with profit growth. So this should not be of much concern now, I feel.

But with another Rs. 1000 crore QIP in the offing, maybe in this fiscal, how will dilution pan out?

We have decided on a QIP, yes, but we have not yet decided on the amount to be raised. The Rs. 1000 crore figure was given as an estimate, taking into consideration the next 18 months’ requirement by way of maintaining our Capital Adequacy Ratio at 15%. That is, we planned for this fiscal’s and 2011-12’s requirement. But it need not be implemented like this. We may go in for this year’s requirement alone, which will be to the tune of Rs. 500 crore only. Even for meeting this figure, we intend to plough-back almost Rs. 250 crore. So, if we go for the capital raising incrementally, the first step will only be to the tune of Rs. 250 crore, and even at our current valuation, that is not going to create much dilution.

From a 52-Week High of around Rs. 165 recently, the Manappuram scrip has corrected by around 15-17%. According to you, what could be the reasons?

It is better we leave the price-performance issue to the markets, as we have always felt that markets offer the best price-discovery mechanism on an ongoing basis. But having said that, one reason that readily comes to my mind is the confusion caused by the microfinance controversies. Though Manappuram Finance is a pure gold loan company that doesn’t have anything to do with microfinance, the sentiment affected us too. In fact, we were not alone in this, many NBFCs unconnected with microfinance were affected. Maybe some quarters thought that since our ticket-size too was low, we would be affected. The interesting fact is that, as far as risk is concerned, gold loans and microfinance stand at the opposite ends of the risk-spectrum. While gold loans are fully secured and taken by SMEs and lower-middleclass to upper-middleclass customers, micro-loans are delivered to the poorest of the poor in the society with no asset to back it up. Then there was the liquidity crunch in the markets due to the mega IPOs. At Manappuram, we hope that the steep growth curve that we continue to travel in, will compensate for all such intermediate setbacks.

Your foray into jewellery retailing is keenly watched. Should investors foresee any kind of buyout of this company by Manappuram Finance in the future, or will it take the IPO route and be another listed firm by the Group?

Both companies will be separate, and we hope to take the jewellery retailing business public by as early as 2015. We think such a structure would be ideal, as though both involve gold, they are as different as chalk and cheese. Our listed company, Manappuram Finance is a non-banking finance company that enjoys superb EBITDA margins, RoE etc that is at par or better than the NBFC industry average, while Manappuram Jewellery will be a pure retail play that should be compared with retail industry’s EBITDA, RoE etc. But having said that, we are confident that in the retailing sector, or more specifically in the jewellery retailing sector, Manappuram Jewellery will be leading by way of all core operating ratios, similar to what Manappuram Finance has achieved in the gold loan business.

Retailing is not a high-margin business, maybe gold retailing is better, but it is still retailing. So, what makes you so confident of better metrics in your retail foray?

Margins are only one side of the business. Manappuram Finance has always thrived on a two-prong strategy of higher and higher growth and lower and lower costs. The same will continue with gold retailing too. You will be surprised to know that at Manappuram Finance, our non-interest operating expense ratio has been steadily declining, quarter after quarter. Manappuram Jewellery will follow a mass-market model created around cost-effective medium-format shops, exclusive pure BIS gold, competitive pricing, and a wide range of contemporary designs. Much market-study and research have gone into creating this model, and we are more than sure that this model is going to deliver. Being in the gold loan business, we know the kind of pathetic quality gold available in many markets, especially outside Kerala. This is already helping Manappuram Finance in one of its first markets, Bangalore. Manappuram Jewellery’s value proposition of purest gold at competitive prices will give it the edge. A mega educative campaign on gold shopping is on the anvil for achieving this objective.

How could you control the costs this much at Manappuram Finance, given your publicity campaign that involve several celebrity brand ambassadors?

The key point here is that the campaign has delivered. Yes, it has been a costly campaign, but then everything should be judged by the cost-benefit analysis. So as a ratio, our expenses are down even with this campaign. On the other hand, today Manappuram has become a household brand due to this campaign. This has been so effective that we have added three more celebrity brand ambassadors - Mithun Chakraborty for Bengal, Sachin Khedekar for Maharashtra, and Uttam Mohanty for Orissa. Our earlier endorsers, Akshay Kumar, Vikram, Mohanlal, Venkatesh, & Puneet Rajkumar will continue.

Manappuram was earlier considering overseas expansion for its gold loan business. Where does the initiatives stand now?

We weren’t actively pursuing it, but yes, some overseas proposals had come our way, especially from countries like Sri Lanka. But then there are regulatory hurdles to be overcome in those countries. It will take its own time, but the scope for gold loans is immense in many countries, and that need not be only those countries having a sizeable Indian or Keralite population.

The listed gold loan segment is soon to have another entrant - Muthoot Finance - and many already listed NBFCs like Magma Fincorp and Shriram City Union are strengthening their gold loan operations. How do you view the impact on the industry?

More gold loan companies going for their IPOs to get listed is definitely a good thing for them, as the sole listed gold loan company in the country for long, Manappuram have shown the way for them. It should be good for the industry too as more capital market players means more visibility for the sector. Coming to the already listed NBFCs trying their luck in gold loans, I should say everything will depend upon whether they will be able to build a core competence in gold loans. There were reports of even microfinanciers mulling gold loans. But the core competence of these NBFCs are somewhere else, and not in gold loans. This is the same reason why most banks are unable to progress much in this business.

How do you see the current problems in microfinance sector panning out?

I had just gone through the ordinance by Andhra Government on the issue. My view is that RBI is better suited to play the regulator role here. There is no doubt that many good MFIs had contributed immensely to financial inclusion of the poor. So, financial inclusion should not be sacrificed in the name of regulation, but at the same time malpractices by MFIs like multiple lending, coercion etc, if any, should be strictly controlled. I think opening up the sector further, increasing competition, and making lower-cost funds available for MFIs, should solve the microfinance problems to a large extent.
Posted by Seasonal Magazine at 5:08:00 PM