On first looks, Manappuram scrip (BSE: 531213, NSE: MANAPPURAM) is defying gravity, trading not only well above the industry average valuation, but even ahead of several heavyweights in the NBFC sector. But on a closer look, there are several factors like the strength of its core gold loan business, its guidance-revising growth momentum, and Chairman VP Nandakumar’s confidence-boosting stewardship in the capital markets, that make it almost underrated.


Manappuram General Finance & Leasing now ranks as the 9th largest NBFC by assets, 8th largest by sales, and 5th largest by profits, in the capital markets segment of ‘Finance – Leasing & Hire Purchase’. But when it comes to price-performance, Manappuram edges out several heavyweights including Bajaj Auto Finance, M&M Financial Services, Cholamandalam, Sundaram, & even a sector leader like Shriram Transport Finance.

The Manappuram scrip has had a year-to-date price performance of around 250%, so much so that its market cap is now just below Rs. 4000 crore, and it has only Shriram Transport and M&M Financial ahead of it, in market cap. In fact, there were reports that in one of the recent bullish days, Manappuram had become a billion dollar company, even if it was for a brief time.

But now the question facing Manappuram is whether its scrip is overvalued or undervalued. After a recent bonus and stock-split, the scrip is trading well above the industry average price-earnings multiple. While the sector’s average P/E is around 21, Manappuram is trading upwards of 26. Though an above average valuation multiple signals strength, the question is whether Manappuram can exhibit a price-performance matching last fiscal’s, going forward.

The problem is compounded by the fact that though the segment’s average is 21, many heavyweights are still available much cheaper than even this level. For example, Shriram Transport Finance, Mahindra & Mahindra Financial, Shriram City Union, Sundaram Finance, & Bajaj Auto Finance are all trading at P/E multiples ranging between just 12 to 19, making them safer investment destinations than Manappuram, on at least first looks.

At the same time, Manappuram is showing indications of attracting even better multiples. What is behind this seeming anomaly?

For one, it is the business Manappuram is in. Loans against gold is the most secure of all loans, with extremely low non performing loans (NPLs) as these small-ticket advances are easily repayable, and moreover, nobody wants to lose even a gram of pledged gold in the Indian scenario. There is also no concept as non performing assets (NPAs) in the gold loan business, as not only are the loans fully secured, but readily recoverable due to the high liquidity of gold as against other pledges like real estate or auto. The tiny percentage of existing NPAs in gold loans is due to forged gold or theft, which is practically a non-issue due to advanced screening and locker systems.

Secondly, thanks to the ongoing bull run in gold, gold loans enjoy the unique advantage of asset appreciation that makes them flexible to offer constant loan-to-value upgrades, and this has been a sizeable contributor to Manappuram’s revenues and profits last year.

The growth momentum that Manappuram continues to exhibit in 2010-11 till date is remarkable despite already growing income by 289% and profits by 395% in 2009-10. During the June quarter, profits has jumped by over 324% year-on-year. The firm has roped in five heavyweight brand ambassadors – Akshay Kumar, Vikram, Mohanlal, Venkatesh, & Puneet Rajkumar – and kick-started a Rs. 100 crore annual advertising campaign explaining the gold loan concept. 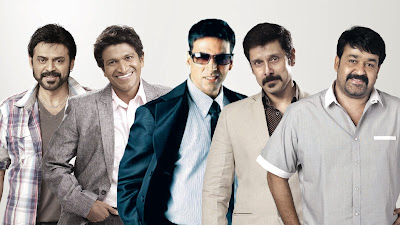 The stewardship exhibited by Manappuram Chairman VP Nandakumar in the capital markets is also remarkable. His recent strategy to infuse Rs. 100 crore to up promoter-stake to 43% through a preferential issue came as a big confidence builder as it was done at near 52-Week high levels. Nandakumar has also hinted at revised guidance for the year, with the yearly targets likely to be achieved by the second quarter itself, by September. This makes Manappuram's forward P/E for FY'12 and beyond quite attractive.

The stock has soared since taking these positive steps, and there is market buzz that some of the high-profile US institutional investors who earlier exited the stock with multi-bagger returns are now contemplating a return.

Manappuram also enjoys the unique distinction of being the only listed company with gold loans as its mainstay. Until recently, there was not even a single listed NBFC competing with Manappuram, though it has changed with the entry of Shriram City Union / Shriram Transport Finance combine into the gold loan business. Still, gold loan is not Shriram’s core competence or mainstay.

It is in this background that Manappuram’s valuations make sense. In a sector where SKS Microfinance can command a P/E valuation of over 35, and Cholamandalam can demand a multiple of over 60, there is no reason why Manappuram should be regarded as overrated at current levels of around 26.