Why Prestige IPO Valuations are Reasonable 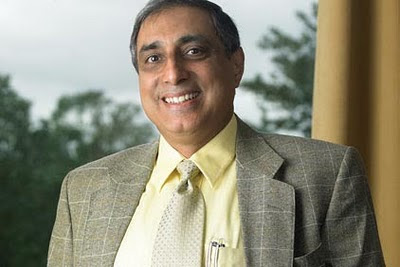 Prestige IPO that opened on 12th October has been attacked by a few analysts and brokerages for being expensive. But an in-depth analysis shows that while it may not be cheap, it is not overpriced either. Here are the reasons why Prestige IPO valuations comes across as reasonable.

But the problem some analysts find is that Bangalore-based peers Sobha Developers (BSE: 532784, NSE: SOBHA), Puravankara Projects (BSE: 532891, NSE: PURVA), and Brigade Enterprises (BSE: 532929, NSE: BRIGADE) are now trading at P/E multiples of just 23, 17, & 29 respectively. While this augurs well for these companies as safe investment-prospects going forward, there is a flip-side to it as well. P/E not only indicates whether a stock is cheap or expensive, but how much the market values it, going forward. The higher the P/E, higher is the valuation market ascribes to it, and lower the P/E, lesser is the market expectation.

Prestige evidently wants the market to value it at industry par. Whether the market too thinks the same way, it is for market to decide in the long-term. But what Prestige is asking for is not something unheard of in the industry. For example, industry leader DLF (BSE: 532868, NSE: DLF) trades at a P/E of 74, which is fast approaching double the realty industry P/E.

And DLF is not the only developer enjoying such valuations. Gurgaon based developer MVL (BSE: 532991, NSE: MVL) trades at a P/E of 103, while Mumbai based developers Indiabulls Real Estate (BSE: 532832, NSE: IBREALEST) and Sunteck Realty (BSE: 512179, NSE: SUNTECK) can stun anyone with their P/E multiples of 398 and 710 respectively.

And despite having these sky-high valuations for some time now, the ironical fact is that these companies have outperformed the broader realty index, with last three-months returns ranging from 30% in the case of MVL to 10% in the case of Sunteck. During the same period DLF had a price-performance of around 25% and Indiabulls had a price appreciation of around 15%.

What is common with the highly-valued developers? They have huge developable areas, they deliver high-margin luxury projects, and they have strong brand value. Prestige too has a claim to be in this category of premium developers like DLF, Indiabulls, MVL, & Sunteck, as both their unit sale prices and their lease rates are the best in Bangalore.

More importantly, the above discussion on P/E brings out the leaders-or-laggards question again, that is, where should investors put their money? With the safer laggards or the riskier leaders in the sector?

Stock market history has repeatedly shown that it is leaders who deliver returns than laggards. Beyond the obvious reason of superior valuation lies the fact that the scope for further price-performance by way of earnings expansion is always a possibility with the leaders. When earnings finally expand in tune with the valuation expectations, rarely do we find the P/E ratio correcting downwards. Prestige too may benefit from such a phenomenon going forward.

Another concern analysts have pointed out with Prestige IPO is its price-to-book-value which is around 3 times. The realty industry average is around 2. But here also there are exceptions, with leaders like DLF enjoying a P/BV of over 5, while MVL and Sunteck remain stunners on this metric too with P/BV of 19 and 21 respectively. For a capital market used to ascribe such valuations when high intrinsic value is there, Prestige’s P/BV of 3 should be no big deal.

Considering both P/E and P/BV, Prestige is almost similarly valued as industry leader Unitech (BSE: 507878, NSE: UNITECH) that enjoys a P/E of around 41 and P/BV of around 3.

Lastly, another concern of analysts is with Prestige’s debt situation. This should be viewed together with the fact that Prestige is a large-scale developer that has almost 60 million sq ft of developable area. The leverage on the balance sheet obviously came up with such massive land acquisition. But this should have been more of a concern in the downturn, especially if there was no IPO plan. But the Group had weathered the downturn quite impressively, especially by cutting construction costs drastically. Now with the IPO on, the debt-equity ratio is all set to be 0.5, which is better than the industry average. And with the debt safely managed, Prestige will reap gains in the future from having a huge developable area of their own, that will translate to better margins.
(The above should not be construed as investment advice. All IPOs carry investment risks, and the decision to invest or not in a aparticular Issue should only be of the investor.)
Posted by Seasonal Magazine at 1:12:00 PM