Prestige IPO - Why Under-subscription Can be Misleading for Investors 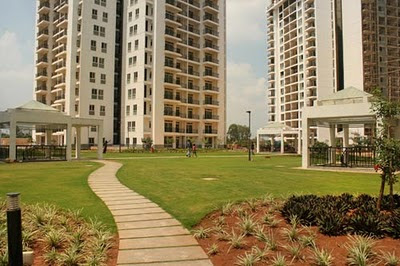 Prestige Estates Projects Ltd's IPO that opened on 12th Tuesday will close today. The Issue is not yet fully subscribed, and even if it succeeds in garnering full subscription on the last day, chances are that the retail portion will be grossly undersubscribed. The obvious reason, if this happens, will be the ’Avoid’ advice given out by several brokerages, as well as media analysts. Retail investors are the most easily swayed of all groups, as most others like QIBs, FIIs, and even many HNIs have their own research or private advisers.

Even more impressive was the performance of Aqua Logistics (BSE: 533159, NSE: AQUA), that not only under-performed in the retail segment, but failed to garner overall subscriptions, and had to revise its price band downwards, as well as extend its closing date. But the Aqua scrip which opened at Rs. 219.40 had zoomed to Rs. 675.30 in less than 10 months.

The riddle gets murkier when we analyse the other side of the issue - whether IPOs with retail oversubscription have indeed done excellently. Take the case of Euro Multivision (BSE: 533109, NSE: EUROMULTI), Astec Lifesciences (BSE: 533138, NSE: ASTEC), and Thinksoft Global (BSE: 533121, NSE: THINKSOFT), companies that went public during the same period, 2009 and 2010. All three had IPOs with ’Subscribe’ tag from several brokerages, and they indeed had oversubscription of multi-times in the retail segment.

But today their year-to-date price performance speaks volumes. While Astec has managed a tiny 2.5% appreciation, Thinksoft Global is down by around 28% and Euro Multivision is down by 44%. Again, the moot question is whether there was any conspiracy of sorts to take retail investors into these scrips.

In any case, this phenomenon of ‘Avoid’ succeeding and ‘Subscribe’ failing is not alien to the realty sector too. Apart from Godrej Properties, a few years back there was the case of Orbit Corporation (BSE: 532837, NSE: ORBITCORP) that had ‘Avoid’ tags from even respected media analysts, but went on to become the most rewarding IPO for investors, around a year later.

Or, who can forget the most famous under-subscription of all time? Infosys Technologies (BSE: 500209, NSE: INFOSYSTCH), which went for its IPO in mid-90s was under-subscribed within the stipulated time, and Morgan Stanley had to do a bail out of the Issue. Simply because, many brokerages and media analysts had decided to ignore the Infosys issue at that time.

Prestige is no Infosys, but there is no reason why it can’t put up a performance like Godrej Properties or Orbit Corp, if the fundamental performance of the company improves going forward. Evidently, there is a case for investors to think on their own before considering recommendations from brokerages and media.

(The above should not be construed as investment advice. All IPOs carry investment risks, and the decision to invest or not in a aparticular Issue should only be of the investor.)
Posted by Seasonal Magazine at 12:27:00 PM