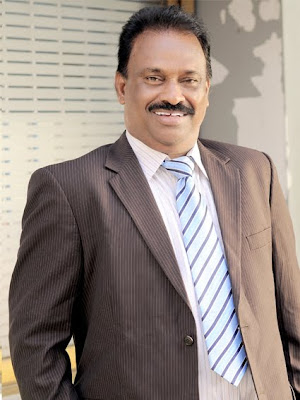 Musli Power X-Tra, the blockbuster Ayurvedic formulation, which has been caught in a few controversies, has proven to be of use in bettering certain critical blood counts in patients infected with HIV+, the precursor to AIDS, a preliminary study from Kerala has claimed.
The study was done by an NGO, Atmata Kendram, which is a multi-centre organization that is spearheading the health service initiatives of Archdiocese of Changanancherry, a unit of Kerala’s Syro Malabar Church, one of the prominent Eastern Rites of Roman Catholic Church. Specifically, the study was conducted at Accept Kripa Bhavan, a unit of Atmata Kendram in Kerala’s Alappuzha District.

‘Atmata’ stands for Archdiocesan Temperance Movement for Awareness and Treatment of Addicts, and is a registered Charitable Society, noted for its work among HIV infected and patients suffering from various substance addictions.

Musli Power X-Tra, created and patented by Kerala based Kunnath Pharmaceuticals, has in recent years outgrown its original intention as an intimacy enhancer, and proven to be of effect in sports performance and infertility treatment, according to its creator.

The study tried to rope in 618 HIV affected patients registered with four centres of Atmata Kendram, in the districts of Thiruvanathapuram, Kottayam, Pathanamthitta, & Alappuzha. From among this population, around 50% gave their voluntary consent to be part of this study. But finally, 73 patients participated to the full extent, and was taken as the study sample. Of them, results from 27 patients who successfully participated in the study from beginning to end were considered.

The lab tests before and after the study were conducted by Thyrocare Technologies, headquartered in Mumbai.

One interesting aspect of the study is that the study sample contained HIV patients who are both pre and post ART.

Anti Retroviral Therapy (ART), or Highly Active Anti Retroviral Therapy (HAART) as it is commonly known, is the principal treatment in modern medicine for managing HIV infection and AIDS. HAART is also the only approved HIV therapy in the world by medical organizations and governments. Though prohibitively costly earlier, the efforts of various Indian pharma majors have brought down its costs significantly. However, a fringe section of physicians worldwide continue to be sceptic about HAART’s effectiveness.

However, how Musli Power X-Tra might be helping to improve CD4 & Hb counts is not clear. Speaking to Seasonal Magazine, KC Abraham, Founder & Managing Director of Kunnath Pharmaceuticals, opined, “Though the exact pathway of action is not known, our hunch is that Musli Power X-Tra’s action of bettering overall health through better immunity might be how this is working.”

This is not the first time that an Ayurvedic formulation has staked its claim in improving counts like CD4. Ayurveda might indeed have a role in managing HIV infection, as Ayurveda’s principal strategy is bettering the immune system. The Human Immunodeficiency Virus (HIV), on the other hand has the principal strategy of debilitating the immune system.

The study was led by CV Vinayakan, a journalist, and supervised by Fr. Thomas KD, Director of Atmata Kendram. The study is not corroborated by any Medical or Government Agency, and was partially supported by Kunnath Pharmaceuticals.

Musli Power X-Tra is a formulation of nine Ayurvedic herbs and minerals. Kunnath Pharma is mulling to deliver it at 50% cost to deserving HIV patients through Atmata Kendram.
Posted by Seasonal Magazine at 6:29:00 PM