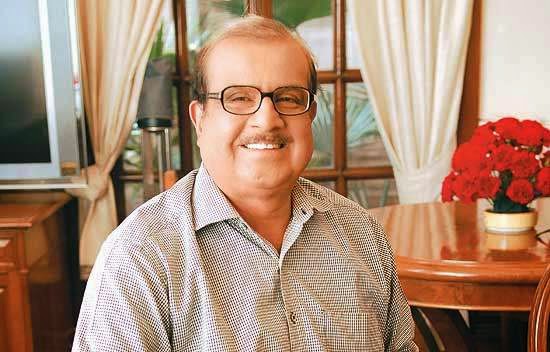 Seasonal Magazine interviews KM Chandrasekhar, former Cabinet Secretary, on how he expects Modi Government to perform in the coming days.

KM Chandrasekhar was not only India’s top-most bureaucrat, but one of the longest serving top-most officers. This former Cabinet Secretary was thrice given extensions by amendment of service rules, and was equally at home with Congress and BJP Governments. Even after his final retirement from Central Service, his home state of Kerala was quick to bag this uniquely experienced officer to be their Planning Board’s Vice Chairman, a post he currently occupies. And in any assignment, one hallmark of Chandrasekhar’s work is that additional assignments come searching for him. Earlier it was cleaning up the Commonwealth Games mess, and now it is playing referee between two factions among Kerala’s civil servants, which has nothing to do with his Planning Board role, but which was entrusted to him by Kerala CM, Oommen Chandy. Perhaps it is Chandrasekhar’s flair for keeping balance, that brings him such delicate assignments. This balance is quite evident when he speaks to Seasonal Magazine on how Modi Government has been faring. He is courageous enough to state that “the figures of ‘presumptive loss’ given in some of the reports of the CAG were exaggerated,”  but at the same time feels that after Modi took over he finds “a great deal more urgency and vigour in the work of Departments, both at the Ministerial and official levels.”

A new government is in place, and being the person who was in charge of formulating UPA-2’s first 100 Days program in 2009, how do you expect Modi Government’s first 100 days would turn out?

You had been equally close and welcomed by the Congress and BJP camps, with having a good rapport with both Vajpayee and Manmohan Singh. How different is the style of functioning of these rival political groups, or are they more or less the same as the Left and other regional parties allege?

It is true that I worked with the Government of India during the entire tenure of the previous NDA Government from 1999-2004 and during 7 years out of 10 years of the UPA Government. However, during my tenure with the NDA Government, I was working entirely abroad and not at Delhi. As far as the present Government is concerned, I had visited Delhi for three days last week and met some of my erstwhile senior colleagues and Ministers. I find a sense of urgency and vigour in the work of Departments, both at the Ministerial and official levels, which is encouraging.

I am no one to apportion blame in respect of the so-called “policy paralysis”. It is my opinion that the figures of “presumptive loss” given in some of the reports of the CAG were exaggerated. Events which took place in different points of time, which cannot be compared, were cited to estimate presumptive losses. Fear among bureaucrats, in my view, arose because they found uncertainty and apprehension at higher levels of the political executive and a tendency to shift blame even to lower level civil servants who were not directly involved in the case but had to deal with it in files at some point of time or the other. A feeling was therefore prevalent that there would be no protection even if genuine mistakes are committed in good faith. It may be recalled that the CAG had produced a hard report on civil aviation also. However, this never came to the limelight because Sri Praful Patel, in whose tenure the irregularities allegedly took place, gave interviews to all news channels and other media representatives explaining his position in great detail. No such exercise took place in respect of other CAG reports.

Coalition politics at Centre and strong non-national or regional parties governing the states were said to be another reason for slow decision making as consensus was difficult to come by, one of the best examples being the coal allocation fiasco. With BJP coming to power on its own now, do you think much of that slow decision making will change?

I get the impression that decision making has already become faster in the Central Government. Even hard “unpopular” decisions are being taken, like the recent hike in Railway fares. However, these are early days and we have yet to see whether the same momentum can be maintained in future.

How much scope is there for fine-tuning the efficiency and effectiveness of the bureaucracy? It is said that, while you were at the helm, you had to resort to creating a 50-page handbook for all officers on how to make even proper cabinet notes…

I believe the bureaucracy has the capacity to rise to the occasion whenever objectives are clearly laid down, when there is clarity that these objectives have to be achieved within a given timeframe and that they will be shielded from undue harassment if some decisions taken in good faith go wrong. I have no doubt that the officers have the capacity and experience to take decisions and speed up matters.

Do you think such a structured approach is needed among Kerala’s IAS officers? Recently, there were serious allegations that factionalism is increasing among Kerala’s civil servants, with actions like revenge-taking etc…

It would certainly help if similar changes are effected in Kerala or, for that matter, in any other State. There are political and cultural differences between States that makes the adoption of a single pattern difficult in all States. These have to be taken into account when planning strategies for implementation of programmes in each State. I think the changes made in the Central Government, delivery of the promise of decentralization and close involvement of States in the governance of the country and increasing competition between States will automatically lead to systemic changes in other States too.

As a former Cabinet Secretary you would have got enough opportunities to interact directly and indirectly with the then Gujarat CM, Narendra Modi. How do you assess his leadership and his achievements in Gujarat?

I have not interacted with Mr. Modi on a one-on-one basis. I have only seen him at meetings of State Chief Ministers on development and internal security. At all these meetings, I was impressed by his ability to speak forcefully and make innovative suggestions on how to do things more effectively. He also preferred to speak ex tempore and not to read speeches. He seemed to have his own ideas regarding the manner in which business could be transacted faster and better.

As the PM, one of Modi’s first step towards increasing effectiveness was to promise a more free hand to bureaucrats by assuring them that they will be protected from future litigations. Was this step necessary and how far will this yield fruit?

Senior civil servants are bound to respond positively if they are given more responsibility and if they realize, at the same time, that they are accountable. They should also have the feeling that actions done in good faith will not get them into serious trouble.

How efficient will be Modi’s new model of fewer ministers and clubbing of larger ministries?

Clubbing of Ministries can work only if there is a simultaneous process of decentralization and delegation. Otherwise, Ministers will be flooded with files and Government work may begin to slow down. System change is therefore essential.

Do you think that Modi should take the best features from better state models like Maharashtra, Punjab, Tamilnadu, & Kerala?

I understand that Mr. Modi has, in his reply to the debate in Parliament on the President’s Address, already referred to best practices in other States, including Kudumbasree in Kerala. I am sure the Government of India will adopt and disseminate best practices drawn from all parts of the country.

According to you, how much autonomy will CAG, CVC, Lokpal, CBI, & RBI enjoy under Modi?

The institutions mentioned by you are all governed either by Constitutional provisions or by Statute. They can exercise as much autonomy as is given to them under the Constitution or the relevant Statute. The political executive cannot abridge this autonomy. They will lose their autonomy only if they consciously choose to abdicate their powers and responsibilities.

You were in charge when 26/11 happened. How well equipped is India in combating such emergencies, especially in the background of the current Iraq hostage crisis?

So far as coastal security is concerned, efforts had been started after 26/11 to strengthen our defence mechanism. The Coast Guard has been strengthened and the areas of responsibility of the Navy and the Coast Guard have been demarcated. A radar network along the coast line has been planned and, probably, much progress may have been achieved by now. State Governments have been closely involved and the Cabinet Secretary used to hold regular video conferences with State Chief Secretaries. NSG hubs have been started in some locations to facilitate quicker movement. The States have also set up marine police units and well trained commando forces. Awareness programmes for fishermen were conducted in most States. While progress has certainly been achieved, we must be conscious of the fact that the next attack, if it ever materializes, may not be in the same mode. I presume the Central security forces are working closely with the Armed Forces to work out response mechanisms in different kinds of terrorist situations.

What are your views on secularism? Is it any more needed in this country?

Secularism has served us well in keeping the country united in spite of differences in religion. Secularism will continue to be an essential part of governance in India, whichever is the political formation in place.
Posted by Seasonal Magazine at 7:17:00 PM