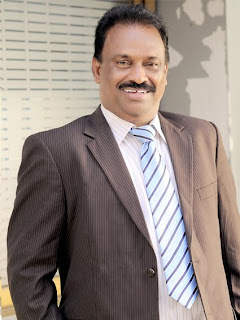 Boosted by the development, company has launched a special discount scheme for senior citizens.

A recent comprehensive study done by a Singapore based laboratory has confirmed that Musli Power Extra, the controversial herbal formulation, doesn't contain Tadalafil (used in Cialis), Vardenafil (used in Levitra), Sildenafil (used in Viagra), or any synthetic steroids, or over 200 allopathic molecules. The study result came as a shot in the arm for Kunnath Pharmaceuticals, manufacturers of Musli Power X-tra, which had announced a Rs. 5 crore reward for anyone proving that their herbal formulation was laced with any of these PDE5 Inhibitors, which are used as erectile dysfunction drugs. Earlier, Mass Spectrum Analysis done on the formulation at Bangalore's Sequent Research Ltd had also disproved the Musli Power - Tadalafil connection.
Boosted by these affirmations, the company recently launched a discount scheme for senior citizens. Seasonal Magazine caught up with Dr. KC Abraham, founder of Kunnath Pharmaceuticals, to find out the latest developments regarding their blockbuster drug, Musli Power Extra:

Recently you had launched a discount-scheme for senior citizens. What made you go for such a strategy?

A good percentage of Musli Power X-Tra users have been senior citizens. Some of them were finding it difficult to afford the medicine on a regular basis, according to the feedback we were receiving directly at our offices as well as from the over one lakh medical shops across the country where the product is available. Now, most services are being offered to seniors at a discount, like railways or financial services, reflecting their relatively challenging earnings situation. So, we were working on a solution, and recently we launched it by offering 90s  pack at Rs. 1200 against MRP of Rs. 2000, and 60s pack at Rs. 900 instead of Rs. 1400. This is perhaps the first time that any medicine belonging to any medical system has been made available at a discount to senior citizens. And the discount is quite good at 35-40%. If they bring in our ad coupon provided in several dailies, the discount can go up to 50% of MRP.

How does the discount-scheme work or how can senior citizens avail of this offer?

The offer is available directly from our offices. Senior citizens can either visit or order it through mail. We require full address and age proof. Those ordering through mail should enclose a DD or Cheque at par in favour of Kunnath Pharmaceuticals, payable at Ernakulam. We will deliver the packs directly to the customer via courier. A maximum of four packs can be ordered by a senior citizen at a time. This has been kept so as this is a time-limited offer for one month during which we expect to deliver only one lakh packs under discount.

How has been the response to this offer?

The response has been surprisingly strong, much above our expectations. We think we will run out of packs even before March ends.

How have you been responding to allegations that Musli Power Extra contains Tadalafil, the active ingredient in the erectile dysfunction drug Cialis?

There has been only one allegation, which was made by a Delhi based pharmacy institute. Their study was totally unfounded, as they don’t have facilities for Mass Spectrum Analysis, which as you might know, is the gold standard to accurately find out all the ingredients in a formulation. So, even though numerous studies by drug administration agencies of various state governments had repeatedly proven that Musli Power doesn’t contain tadalafil, vardenafil, sildenafil, or any synthetic steroids, we decided to go in for Mass Spectrum Analysis at Bangalore’s Sequent Research Ltd, which is one of a handful of Indian labs doing this quite expensive study. Now their study has also come out which totally disproves the claim that Musli Power X-Tra contains Tadalafil or any other similar allopathic compounds. Even more recently, our product underwent a more detailed study by a top-notch laboratory in Singapore, and this study not only confirmed the absence of tadalafil, but the absence of around 200 active allopathic molecules. In other words, no allopathic or synthetic active ingredient either invented or likely to be introduced are there in Musli Power Extra.

So, you are not paying anyone the Rs. 5 crore reward for proving Tadalafil’s presence?

Why should we? In fact, we should be suing this Delhi pharmacy setup for making such an irresponsible statement, even while they were perfectly aware that they simply don’t have the facility to make such a claim, that is Mass Spectrum Analysis. But we don’t pursue such things, as we know who is behind these small setups. MNC pharma giants whose sales have been affected by our popularity is behind all these.

Recently, you have strengthened your anti-imitation strategy for Musli Power X-Tra. Has imitative products become a real threat?

Yes, definitely this is a threat, but not only for us, but for our customers. You see, we have this good thing going for us, due to a superior formulation and wide publicity. Some manufacturers of spurious medicines are trying to piggyback on - or downright exploit - our efforts by making similar packs with similar names. Now the latest strategy is offering medical shops a profit margin of over 70% to push such products. That is why we have started placing ‘Beware of Imitators’ warning prominently in all our publicity materials. You will be surprised at the kind of nifty designs and names used to feel and sound like our product. We have a collection of them, sent in by our customers and executives. Many customers only check the pack and bottle in detail, only on realizing that the (duplicate) medicine is not effective. So, now we are publicising the different ways in which the original Musli Power X-Tra can be identified and confidently bought. Apart from the over one lakh medical shops, the product is available directly from our offices, through mail order, and from our website as well as other e-commerce sites approved by us.
Posted by Seasonal Magazine at 12:23:00 PM