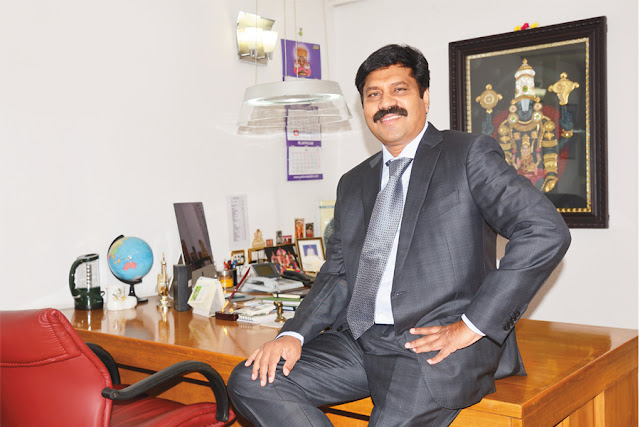 Avanti Feeds has posted blockbuster numbers in Q4. Sales is up by 50% year-on-year and 26% quarter-on-quarter or sequentially. Net profit has nearly tripled YoY while it has nearly doubled QoQ or sequentially. For the full fiscal of FY'17, sales is up by 35% while net profit is up by 36%. With 50% expanded capacity in shrimp feeds, and 200% capacity expansion in processed shrimps, Avanti Feeds is looking more competitive.

In both the expansions, the company has gone in for next-generation infrastructure to be globally competitive. The company is also more focused on its dual core competencies now, having hived off its promising shrimp processing business into a subsidiary – Avanti Frozen Foods - into which its long-term overseas partner and world leading shrimps player Thai Union has invested.

Chairman & Managing Director Alluri Indra Kumar is focusing his energies on growing Avanti Feeds Ltd into a billion dollar company by revenue within the next few years on a multi-pronged strategy that includes value-addition, end-user products, tapping of new overseas markets, and inorganic expansions. Indra Kumar’s success is a hard-fought one, as this entrepreneur has his home in the Avanti campus, and is always on his feet meeting with not only his customers across the globe but with their associate shrimp farmers across India. Since its inception, Avanti has given over 1000 times return to its investors including a handsome dividend payout that stood at 350% last fiscal.

You recently had the commissioning of an expanded capacity for feeds manufacturing. Can you tell us how this affects your topline in the coming periods?

What would be the impact on profits? Would there be a negative impact due to any interest or financial costs component?

The impact on profits would be positive and proportionate to the expansion. As we haven’t taken any significant debt for this expansion, there is no new interest component.

Government has announced its commitment to grow marine exports by 20% every year. What kind of new support is government providing for the same and how does this help Avanti?

Yes, that is a new target set by the government. How Government plans to achieve this 20% growth is basically by helping the shrimp and fish farmers. Earlier, the farmers had challenges in land registration, and such issues. Now, the government has put in faster clearances, and the implementation of the policy is now more transparent as well as aggressive. Two other areas the government is helping is by providing better power tariffs and by helping improve the crop quality. When farmers are thus helped, it naturally helps a feeds and shrimps processor like Avanti.

Apart from these, there are no specific schemes directly affecting Avanti?

There aren’t specific schemes, but some moves like faster clearances for the marine food processing industries are directly benefitting Avanti’s processing subsidiary.

Avanti was generally shielded from the effects of demonetisation. How was this possible despite having a sizeable domestic operation? Is it due to the criticality of your core product of feeds?

We have always encouraged all our suppliers and customers to do transactions only through banks. This has been so for the last 15 years, both in the feeds and processing businesses, and due to this there was no impact due to demonetisation. That is why there was no impact of it in Q3.

But the farmers might have faced cash crunch issues, isn’t it?

Yes, they surely faced some cash crunch issues especially with regard to sourcing some other inputs needed for shrimp farming, but thankfully they came out of it eventually.

On either your total volume or total revenue from feeds, what percentage is exported currently?

Our feeds business is still totally domestic. This is basically because of the huge demand for fish feeds in India, and even after this recent expansion and running at full capacity utilization we can cater only to the domestic demand.

Is there any scope for penetrating more lucrative geographies? Which all would be such countries, and are there such plans before the company?

Sri Lanka and Bangladesh are two neighbouring markets that we can address in the future. But they are small markets compared to India, and we need to be careful in assessing the benefits versus the risks. May be in another two years time, we will take a call on it, as I told you currently we are able to sell the full capacity in India.

Similarly, coming to your shrimps business, what percentage if any is currently available for Indian market? Which are your main overseas markets for shrimps?

Almost 100% of our processed shrimps are sold in overseas markets. Only negligible quantities get into the Indian market. Our main markets for shrimps are USA and various European countries.

Are you planning an Indian foray for your shrimps?

We have done it earlier, and the response was not up to our expectations. Avanti’s expertise in global markets is in frozen shrimps, whereas Indian market is still not ready for frozen shrimps in a big way. Here the demand is for fresh shrimps. Avanti can do this, but it would require considerable investment into logistics. We may attempt this within another one to two years. 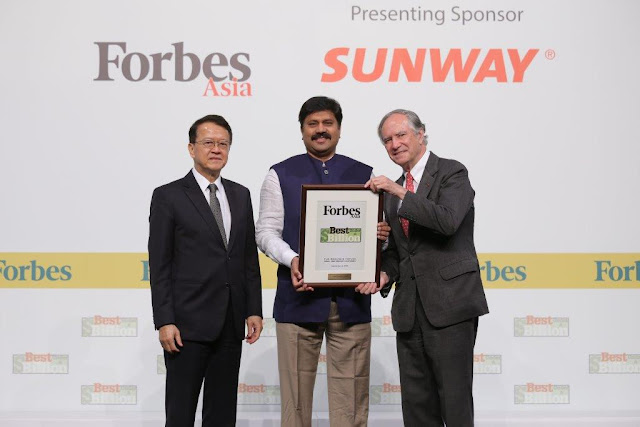 We understand that over the past year there was a realignment between certain divisions with Avanti and Thai Union making fresh investments. Can you walk us through the scope of this new project?

As you know Avanti Feeds Ltd has two businesses – shrimp feeds and shrimp processing. Earlier, the processing business was structured as a division of the company. Over the past one year, what we have done is we created a new subsidiary called Avanti Frozen Foods and we transferred the entire shrimp processing business into this subsidiary. Into this subsidiary company, both Avanti Feeds Ltd and Thai Union have invested, and it is owned 60% by Avanti and 40% by Thai Union. We did this restructuring as we wanted a major capacity expansion which needed significant new investments.

Since Avanti gave away 40% stake in lieu of investments from Thai Union for this expansion, what is the scale of it? The previous and current volumes? And what would be the debt and impact on profitability?

It was a major expansion as earlier we were processing 5000 tonnes of shrimps per day, and after this expansion we are doing thrice of this, that is 15,000 tonnes. There is a small debt component to this expansion, but not affecting the profitability seriously.

After this expansion, how are you positioned in India’s shrimp exports? How does Avanti market its products worldwide?

We are one of the major shrimp exporters from India, after this capacity expansion. We market our shrimp products on our own and Thai Union also helps us in marketing. They are one of the largest shrimp processors in the world doing every type of products everywhere.

Seasonal vagaries like adverse climate and diseases have been the bane of the shrimp feed business, and have you formulated any specific strategies for risk mitigation?

Seasonal vagaries are definitely there, and we can address some of them only. For example, we can’t do much regarding climate issues like abnormal monsoon. But with regard to disease issue we can definitely do a good degree of risk mitigation. We work on our own, we collaborate with some foreign universities, and also with the governments. The key for disease management in shrimps is adherence to best practices. The farmers should undertake to do this, and how we help is by offering farmer training programs, and working with them on a day-to-day basis to spread awareness and ensure compliance.

Is it true that after introduction of Vannamei shrimps, the diseases are better managed?

Vannamei is more resistant to diseases than the earlier varieties, but as in any live organism there are certainly some risks for diseases. But with consistency in ensuring best farming practices, the risks are mitigated.

Do you procure 100% of your shrimps from farmers? And since you are in feeds and processing, do farmers tie-up with you for both?

We don’t farm on our own, but procure everything from farmers. We sell feed to them and buy shrimp from them, but apart from that there is no connection. They are independent businesses.

Your products compete with a lot of MNC products from larger corporations. What is your main-selling point, whether it is the better prices or the better quality or a combination of such factors?

We can compete only on better quality. Indian pricing can’t be much better than MNCs as we have to ensure top-notch quality, and that requires finest quality ingredients.

There is an often aired view that a key long-term risk for fish feed companies is the emerging shortage of certain inputs sourced from the sea. How far is this view true?

It is not a long-term risk, but a seasonal risk. For example, monsoon affects the availability and price of soya, one of our key inputs. Then fish meal which is sourced from the sea is also affected by climate and other factors. But Avanti is always on the lookout for alternative sources of proteins, and we are developing such options to mitigate seasonal risks with regard to key inputs.

You have a stated plan to be a billion dollar company within a few years. What are your strategies for achieving this impressive objective? How much will value-added and consumer-oriented products help in this?

Yes, we do have an ambition to be a billion dollar company within the next few years. That is why our new plants for both feeds and shrimps have been created in a state-of-the-art fashion. We will pursue all avenues including organic and inorganic growth for achieving the billion dollar objective. We want to do a lot more of value-added and end-user oriented products that will better our margins. We are also planning to enter into new markets overseas.

Avanti Feeds has proved to be an excellent wealth creator in recent years with your stock zooming more than 100 times. You have also put in place an attractive dividend policy in recent years. What is your philosophy with regard to ensuring investor returns?

Avanti Feeds has given more than 1000 times return in its lifetime considering the dividends too. We give 350% dividend. We value our investors and we have put in transparent systems to ensure investor returns.

As a young business leader who successfully built upon a foundation that your father made, to reach exponentially higher levels, what all are your success secrets? Industry sources say you work hard, even resorting to sleeping in your plant premises some days. How far is this true?


I still live in the factory campus. If we need to be successful we need to work with passion. We need to be updated with developments across the world, and implement it here in India. I travel a lot across the world visiting our key markets and meeting our customers. I also travel a lot in India meeting our farmers and getting to know their problems and helping to solve them. Lastly, to be successful we need to be part of an industry’s growth.
Posted by Seasonal Magazine at 4:33:00 PM