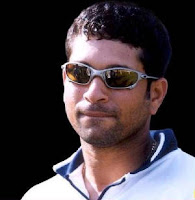 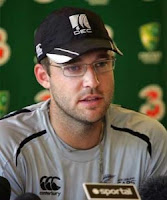 
Mumbai and Bangalore have long been major epitomes in India and they have produced the brightest and smartest of cricketing minds for the nation. On one side is a man who is “The One” that the whole nation banks their hopes and dreams on. When Sachin Tendulkar takes guard at the Chinnaswamy Stadium tonight, Bangaloreans will wish Tendulkar finds another day for exhibiting his invaluable talent and master-stroke and that he is kept in a nut-shell when the RCB take on the MI.

Clash of the heavyweights is what people term this high-wattage match-up with both teams having phenomenal players who have made a name on the big stage. These two outfits have much in common on certain aspects. Both has had a successful and gala auctioning period with the purchase of high-quality game-changers which makes both these teams the most feared in the tourney. RCB and MI are on the backdrop of convincing victories in their respective opening games and both are firm favorites to lift IPL glory.

If there is one team that has been the South Africa of the IPL, its definitely the Mumbai  Indians. Just like the rainbow nation, they are solid to begin with but vaporize when the situation boils up. For example, they put up fantastic performance in the league stages last year, but on the knock-outs, Mumbai Indians went helter-skelter. They practically lost out every close-game and even “The One” couldn’t carry out his rescue acts to bail them out of trouble. That seems to be their only minus point as their team boasts of the finest talent and in-form international names of the likes of Lasith Malinga, Keiron Pollard, Andrew Symonds and James Franklin.

Their demolition of Delhi Daredevils marks a team that thrives on team-work as well as individual brilliance. Malinga came up with a fiver while Tendulkar stroked a master-class 46. Both these “Indians” were the chief architects in the crushing victory over Sehwag’s troops. However, face-off with the RCB is a different story altogether. Mumbai must contain the explosive batting unit of the RCB and they have the bowling firepower to ensure a clinical sweep over the batting prowess of Tilekartane Dilshan, AB De Villiers, Virat Kohli etc.

Ebullient Davy Jacobs missed out with the bat but he has all the class in the  world to put up a better show. Ambati Rayudu and Rohit Sharma are pivotal to Mumbai’s fortunes and the awesome-twosome will hope to slam the doors of national team selectors. Pollard and Franklin, two genuine all-rounders, had a silent outing in the previous match but against the RCB they might as well have to prove their worth.

Indian World Cup hero, Munaf Patel is a changed bowler who can now pick wickets at the demand of his captain and bowls a nagging line and length. Toe-crusher and Bat-breaker are jargons associated with Malinga and MI will be hoping their prized buy break a few Bangalrean toes and bats! Spin-twins, Harbhajan Singh and Ali Mutraza were excellent against Delhi and their partnership can spell doom for any team. Rajagopal Satish with his breathtaking fielding abilities lends balance to the side.

Vettori kept his word and did spoil Kochi’s début party. RCB looked a formidable batting unit but their bowling came a cropper against a destructive Tusker batting. De Villiers will once again be the key man and the batting will revolve around him. Dilshan looked itchy and shaky prior to this game but with the form he’s in , its hard to keep him out of the game. Indian youngsters Mayank Agarwal and Kohli played a crucial role in the teams successful run-chase and they will have to be extra vigilant against a fire-spitting MI bowling attack.

Saurabh Tiwary, and Chetaswar Pujara can strike hefty blows towards the end and ensure RCB post a formidable total. However their bowling proved mincemeat to the Kochi Tuskers barring Vettori, who was economical and picked the crucial wicket of Jayawardena. Abhimanyu Mithun will feel the heat after the beating he received from the blade of Laxman and Co. Zaheer Khan is an asset for any team and he showed that with his unbelievable yorkers at the death. Dirk Nannes was taken to the cleaners in his very first over but came back strongly, picking local lad, Vincent Gomez for a nought.

One can’t cite a clear winner for this encounter as both teams has somewhat the same depth and combination. As always, the presence of  Tendulkar gives MI a definite edge over the team from Bangalore but one can’t write off a team that has top-class players in their ranks too. If it’s batting that MI will feel stronger in, then RCB puts forward a more varied bowling attack but the other way too both teams can give the other a run for their money. No favorites, no predictions, and the match is wide open and the team that emerges victors can convey a strong message to every team.
Posted by Seasonal Magazine at 6:26:00 PM