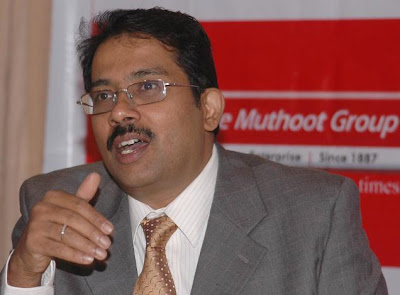 Muthoot Finance Ltd has filed the Red Herring Prospectus, and the IPO has also been scheduled, opening on 18th April 2011 and closing on 21st.

As Seasonal Magazine had predicted in an earlier article, the IPO size and valuations have been re-worked downwards. From the widely-reported plan to raise between Rs. 1200 to Rs. 1400 crore, the IPO size now stands revised at Rs. 901 crore.

The reduction has been effected through lower valuations as the stake-sale size remains unaltered at 5.15 crore shares. The price band for the issue is between Rs. 160 to Rs. 175. At the upper edge of the price band, Muthoot IPO is valued at a P/E of 23 times and a P/BV of 9 times, based on annual results for March 2010 as published in their DRHP.

However, as per November 30th 2010 results, which Muthoot has published now in their RHP, the P/BV comes to around 5 times. Comparable peers who does gold loans like Mahindra & Mahindra Financial Services trades at a P/BV of around 4.75, while Shriram City Union Finance is available at a P/BV of around 3 times. A better comparison to Muthoot - due to dedicated gold loan business - is Manappuram Finance, which trades at 2.80 times as per their December 31st 2010 NAV.

For the past three fiscals, Muthoot Finance had negative net cash flows. Though this is quite unhealthy, the company explains in its RHP that it is primarily on account of borrowing under financing activities for the purpose of lending under operating activities.

However, the concerns regarding a sizeable annual royalty payments to promoters, and anti-dilution guarantees provided to four institutional investors - Baring, Matrix, Wellcome, & Kotak - remain. Queries sent by Seasonal Magazine to Muthoot Finance seeking clarifications on these issues remained unanswered at the time of publication.

The book running lead managers to the IPO are Kotak & ICICI Securities, together with HDFC Bank.