Musli Power Founder Says, "We Have Got Justice From Court" 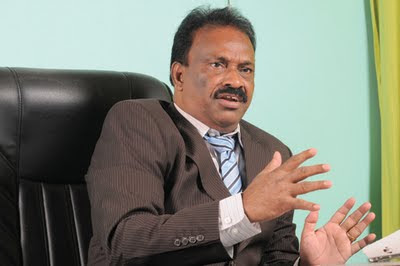 Kerala High Court has recently revoked the State Government imposed ban on the manufacture and sale of Musli Power X-Tra. We met a beaming Dr. KC Abraham to ascertain the nitty-gritty of the developments. Seasonal Magazine had some hard questions for Kunnath Pharmaceuticals Founder, who had recently upped his challenge to Rs. 10 crore for anyone proving tadalafil’s presence in their blockbuster ayurvedic drug, Musli Power Extra. Here, he shares his radical views on various aspects of his flagship product, as well as about the greater question of being an entrepreneur in the state of Kerala:

You had recently upped your open challenge from Rs. 5 crore to Rs. 10 crore, for anyone proving the presence of certain allopathic molecules in Musli Power X-Tra. Why?
Well, it is because we want to convey to our customers that we remain doubly sure about our product. Which company would dare to do something like this? Nobody had come forward to even stake a claim to the earlier reward of Rs. 5 crore. But the rumour mill continues that somebody had found tadalafil in it. It is tough to kill a rumour, especially if it is being spread with malicious intent and in an organized manner. The reward is open to anyone proving that genuine capsules of Musli Power X-Tra contains tadalafil (Cialis), sildenafil (Viagra), or steroids, through gold standard tests like Mass Spectrometry or HPLC.

The court has just removed the Government ban on manufacture and sale of Musli Power X-Tra. Are there are conditions attached to it?
Earlier we had obtained a stay on the Government order. Now the court has revoked the Government ban. We welcome the court order, obviously. There are some conditions set, but most of them are for the Government to follow. They were directed to collect authentic samples from us and get it tested at a Ghaziabad test facility specifically created for testing herbal medicines. Government was also directed to allow us a hearing, if we request to have such a hearing before them on this issue. The only condition set before us is to cooperate in giving authentic samples, which we were always complying with. Since we had a stay for most part of this ban period, we continued to manufacture and sell the medicine all over India and abroad, including in Kerala.

Are you saying that your product was being targeted despite the stay? Who is behind this, according to you?
It was being targeted by a section of the bureaucracy, despite the stay, for some weeks. At the behest of whom, I have often indicated in media interviews. But we have fought it out with the authorities, and now the situation is better. Somebody just can’t kill the demand for the product, however hard they may try.

Are you repeating the allegation that MNC Pharma is behind this? Or is there something more?
I would repeat that any day. But on a final analysis, that should be expected. They are our competitors. Our blockbuster ayurvedic product is affecting the sale of these allopathic medicines with side-effects. But at the end of the day, I am more disappointed with the corruption prevailing in a section of the bureaucracy in Kerala.

Can you tell a specific example?
Well, I don’t want to blame anyone through media. Whatever I had to say, I had said it in their face. There was this officer with whom I was pleading my case. I told him that I am not asking him to bend any rules, that Kunnath was paying huge excise duty, income tax, and VAT to the government, as well as other taxes , and that I was providing hundreds of jobs in this state. And you would be shocked at this officer’s reply. He simply asked, “But what is there for me in it?”

But, again, that also should be expected by a business, isn’t it? Which state doesn’t have corruption?
No, you are totally wrong over there. Here, it is not a matter of just corruption but sadism. You won’t just believe it unless you are at the receiving end of it. Here in Kerala, lobbies with vested interests and officers will vow to finish a business off. I would call it a case of super-inflated egos and sadism. Business success is never appreciated in this land.

But you are continuing with your business in Kerala…
Yes, very much I will continue in Kerala. But that is because I don’t mind fighting it out, as long as I am on the right side of the law. A few friends and even political leaders are advising me that I would grow a hundred times faster if I go outside Kerala. But I think that would be a cowardly thing. Secondly, nobody understands the scope of this product. This is not going to stay as a local medicine or brand. We are already taking this product to many countries. I want Musli Power X-Tra to be the first internationally successful product from Kerala.

But that also means you are not de-risking your business model…
No, we will de-risk it systematically. Our current production unit is built according to US FDA standards, and duplicating such a setup in a neighbouring state is not a great deal for us. We can do that any day we decide to go for it. Our organic farming for our herbal ingredients is already outside the state, in Rajasthan, and it is being done in a massive way. But our greater focus now is strengthening our logistics, sales force, customer reach etc. across the country and abroad.

You have also been reluctant to make Kunnath Pharma a multi-product company. That also goes against the conventional wisdom of de-risking…
You won’t believe how many times I have heard this same argument from consultants. But that is because, they just don’t understand the scope of this product that I mentioned earlier. I will elaborate. Musli Power X-Tra’s target base is the whole world population - men and women - between 18 to 80 years. We have not even scratched the surface of this market. But having said that, Kunnath is indeed pursuing the development of quite a few products like our anti-asthmatic, anti-diabetic, anti-high-cholesterol, and a few more drugs. Some of them are offered only through physician-channels and some are under clinical trials. We don’t want to enter any segment with a half-baked or undifferentiated product. The drug has to work absolutely. Like Musli Power Extra. Its efficacy is what made it a hit. Not the advertisements or even the controversies. In all segments possible, we want to replicate that success. Nothing less than that.

But none of your ingredients in Musli Power X-Tra is secret. Can’t it be replicated by someone else?
That is the mystery. Let me ask you a question in return. If it were possible, won’t it have been done already? In fact, many many pharma companies - local and foreign, ayurvedic and allopathic - have tried and failed here. Most of them want to make only a quick buck. None are willing to invest crores and crores of rupees and spend years and years of research to develop a drug as effective as ours. The secret lies in our unique ratios of high-concentration active principles, and it is a patented invention. Nobody is going to replicate that.
In which all countries are Musli Power planning to enter?


We started off with Kuwait and Bahrain, and later entered a few more GCC countries including UAE. In Singapore, we have obtained all the necessary permissions and we may enter any time now. Recently, we have surmounted major hurdles in getting even the US FDA approval. We hope to get the final approval soon. We will take this to each and every country gradually. It is not a big deal for a safe product that works.
Posted by Seasonal Magazine at 4:51:00 PM