7 Ways Indian Priorities are Quite Wrong 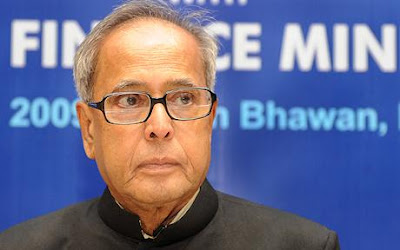 The budget season is fast approaching, the fiscal will soon end, and our rulers are sitting glum thinking that taming inflation and managing 7% growth are the greatest achievements that would have been possible in this year. When will politicians learn to face facts? Admit that their priorities have often been wrong? Here is just a sampling:

Every three months, comes a quarterly result. Companies private and public are perspiring by that time to deliver good numbers. To satisfy whom? Shareholders? They are still not 1% of our population. Or FIIs? Why should we satisfy them? Nations that thought that shareholder interest is the main national interest is today in economic shambles. US, UK, France, Germany, … the list goes on. They are just riding the proverbial tiger that Ramalinga Raju found difficulty in getting down. The tiger of manipulated numbers, self-printed money, and colossal debts. Why should we have a Vision 2050 to reach that very trap? Let us call the bluff. Profits are not everything. Sustainable and equitable growth for all are far more important. Only that would work to the welfare of the remaining 99% of Indians.

Almost every Western luxury brand has reached our shores. From Audi to iPad. Both are flawed models for India. iPad works not because of Steve Jobs’ vision, but because of the sweatshops and forced labour in China. And how many jobs have these luxury car majors created in India vis-à-vis what they take out from this country? Today, everything from banks to cars excel in not using human capital. Car factories invest huge in robotic assembly lines, while private banks go to limits of absurdity to reduce staff with no limits at all. What for? To boost per-employee revenues and profit? Again, what for? Let us not idolize the Facebook model of doing business - employing 3000 guys n’ gals and getting obnoxious valuations like $100 billion. That is the American style, the socially failed American style.

Wrong No 3:
State Getting Out of Healthcare:

We can agree that India is not rich to afford social security for all. But what prompted successive governments to get out of healthcare? More often than not, disaster strikes as diseases, not job losses or accidents. Then all of us realize that only health is wealth, but where is that fair aid from taxpayer money? All one can do is go to a posh private hospital and get a nice round hole burned in your pocket. That is, if you are lucky. More likely is that just a critical disease is enough to leave a lasting financial impression on the next generation too. It is high-time that India stopped whatever it has been doing, take a deep breath of introspection, and reverse this number one social malady.

Wrong No 4:
State Getting Out of Education:

For argument’s sake, the state can even get out of healthcare. Provided, the per capita GDP can afford it. But what prompted successive Governments to get out of education? When everyone agrees that education and only education is the great leveller between the classes and between the castes, this deserting has been the most mortal body blow to the Indian society. Instead, we are thinking of when to rollout the red-carpet for some of this globe’s costliest Universities. All should be welcome, provided at least 50% of all admissions, right from Kindergarten to PhD is reserved free of cost to the most deserving sections of the society.

Wrong No 5:
Land Grabs Without Compensation:

Land is not equal to money. Otherwise the most prudent investors wouldn’t have invested in land, and land alone as a priority. But even a democratic state like India has no qualms about usurping a poor man’s land. For the rich it is an investment, but for the poor it his means of livelihood and his only insurance in this uncertain world. Money can’t compensate for taking over land. Landowners should be given even better land after development. Not only that, they should be made special shareholders in any project brought up on taken over land. That single step will kill the tendency to hoard land in the name of SEZ etc, as well as facilitate fruitful projects.

Wrong No 6:
Equating FII with FDI:

From the Great Indian Experiment in stock market, one thing  is clear. The day any nation starts boasting about its FII inflows, something rotten is set in motion. Most FIIs are just traders, who bring in tsunami like money, multiply it here at the expense of domestic investors, and take it back entirely with them, leaving a huge hollow in the finances of our companies. A case in point is the huge upcoming FCCB redemptions facing many listed companies, who took hybrid equity-convertible loans at high valuations. FII money is not foreign direct investment. If the nation wants to put FII money to good use, let them come in with a lock-in, or let them come through the GDR route. This country has had enough of anonymous P-Notes.

Wrong No 7:
Facilitating Hoarding of Assets:

What we need is not just taxing the income. Only relying on that flawed system has resulted in this enormous hoarding of assets that we see in India. The kind of wealth locked-in unproductive assets like gold and real estate is obnoxious. What would discourage such hoarding? We need to have an annual tax on unproductive assets above a reasonable level. That will prompt the wealthy to liquidate such assets and put it to productive use by investing the same in bonds, equities, banks etc.

What is preventing any Government from taking such commonsense steps? Just because, the middle-class and upper-class have come to dominate the policy decisions at every sphere. The fact that media is also highly biased towards its readers/viewers, who are all basically not from the lower-class, doesn’t help either. Let no one forget that the relatively well-off sections of the society don’t constitute even 35% of what is India. The key to India’s future will be in the hands of leaders who don’t forget this fundamental premise.