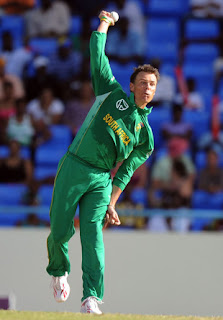 The pie-chuckers have certainly come in for some sound lashing and scrutiny. “Watching some of the bowlers` actions today, I think I might have created a monster”. This was what the Former Sri Lankan captain commented when queried about the bowling-actions currently seen in the IPL.

It was Ranatunga who resurrected spin-legend Muttiah Muralitharan from the travails of action-rectification, by supporting the latter throughout the times of his turmoil when his bowling action was being put to question. Over the years, the one bowler that defied arm-reflexes and degree of arm-bending has been Muttiah Muralitharan. The wily Sri-Lankan legend was more often than not caught by his collar for his unusually remarkable bowling-style. Later it was discovered that the star-performer’s arm is already bent to start with and, thereafter didn’t he create quite a headache and ruckus for the batsmen? His records are intimidating to say the least.

Deliberate chucking by bowlers as a form of variation exists in this very edition of the IPL also, even as this illegitimate action provides greater venom and speed to the delivery. Murali represents RCB in the IPL and the maestro-spinner has proven his worth over expectations, to be suspected for his controversial bowling action again.

Even, Saeed Ajmal, the Pakistani tweaker, who also features in the list of top ten ODI bowlers now, has an action that is sure to raise eyebrows. The mysterious scenario about Ajmal is that he always wears a full-sleeve jersey which led many to believe that the spinner is concealing his arm-bending action while releasing the ball. But the lucky spinner has the support and backing of ICC CEO, Haroon Lorgat due to which he can breathe a huge sigh of relief.

However, the IPL has a few questionable bowling actions which have to be considered before opposition teams start complaining about the illegitimacy of the action of these bowlers which ultimately causes rifts between teams and tension starts to prevail in an already tension-filled IPL atmosphere. Here are a few suspect bowling actions:

The Rajasthan Royals all-rounder has been warned several times for his uncanny action. Though he has featured only in a couple of games for RR, the controversial off-spinner has come in for huge criticism cause of his contraband bowling-action. The South African international is in the umpire’s radar following Marlon Samuels being handed an official warning for his spurious action. In recent times, Botha is being seen as a batting all-rounder who can chuck in a few overs with the ball when the situation arises. This maybe the reason why he has escaped the eyes of many critics.

This rookie-pacer has been blessed with umpteen opportunities because of the non-availability of S Sreesanth. But he has gained attention maybe on a negative aspect. The Rajasthan Royals pacer too has a suspect bowling action which may degrade his chances of playing competitive cricket in the future. However he is not a full-throttle chucker. It is those deliveries he bowls, after being hit for runs badly, in which he alters his normal bowling release. A youngster like him must be corrected with immediate effect else his dedication, perseverance and confidence may go waste.

The big-hitting West Indian and Pune Warriors batsman is always in the limelight for the wrong reasons. His suspect bowling action possibly enraged India and CSK captain Mahendra Singh Dhoni, who was found in a one-on-one talk with the off-spinner after their encounter at Chennai. Marlon did jerk his arm while bowling and this was proofed by a video-capture. The speed gun, an equipment which records the pace of a delivery, notified that Marlon fired in a delivery that clocked 120 km/hr, which was the average speed of pacers like Praveen Kumar and RP Singh. Obviously, for a spinner to rush in a delivery at the 120 mark surely reflects unprecedented chucking abilities. However, Samuels has the voluminous support of Saurav Ganguly, his captain, who mentioned in a press release that there were even more atrocious bowling actions prevailing in the IPL than Samuels. We are aware of those wrong-doers, Dada.

Menaria bowls the slow left arm orthodox delivery. Though he hasn’t been caught red-handed yet, the former India U-19 captain has an action that may land him in trouble. Predominantly a top-order batsman, Menaria did contribute with the ball successfully in the last season where he even went on to dismiss Sachin Tendulkar. He hasn’t bowled as of now in this edition but in case he does, spare time to take a look at his arm bending during the time of his release. You will surely be dumbfounded wondering as to how these bowlers escape without even a warning. The interesting aspect to this is that Menaria too represents Rajasthan Royals in the IPL. With three bowlers with suspect action, trouble might be brewing for their skipper, Rahul Dravid.
Posted by Seasonal Magazine at 5:46:00 PM