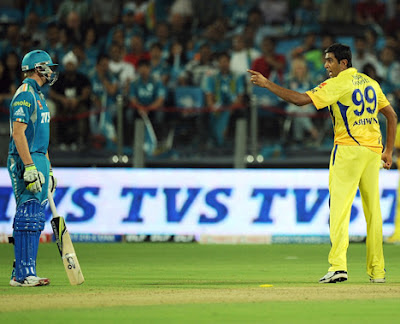 
On-field duels, when exercised in the right spirit, add to the glamour of the game. When the willow greets the white cherry with a kiss to the boundary fence, the cherry-operator can’t help but take a dig at the source of his anger- the armoured knight. From cricket experts to the general population worldwide, the definitive behaviour is that when one group is profited exceedingly more than the other, it prompts the disadvantageous group to assert their rights. So it is far from surprising, especially in the game of cricket that a bowler ventilates his displeasure at the batsmen, who are continuously gifted with rules and perks that favour their existence at the crease.

A biased shift in the rules laid down in interest of the willow-wielders is the primary cause for bowlers to spark their agitation. One can imagine the kind of mental agony that bowlers go through when their visibly-correct dismissals are turned down, considering already the kind of partiality tilted in the favour of the batsmen. Due to this sorrowful situation where the batters are considered a lucky-lot at the pity of their luck-less counterparts, many feel that bowlers are absolutely within their rights to taunt their source of misery.

Nevertheless, one unnecessary taunt rocked the cricketing world by storm, that is-the mother of all IPL quarrels between Sreesanth and Harbhajan in which the Punjabi-macho registered his hand-imprints on the theatrical Malayali’s cheek which left the latter sobbing. Since then a number of incidents have flared up the rivalry between the two sects. However the most recent ones in the ongoing 2012- edition of the IPL calls for laughter as the so-called heated arguments lacked clear-cut substance and purpose. Here are the best among them

Between R Ashwin and Steven Smith:

It was the clash between Pune Warriors India and the Chennai Super Kings at the former’s newly constructed-stadium. Pune had been put to chase by the defending champs and they were cruising to the victory lap with Steven Smith playing a useful hand. With his effective pinch-hitting, Smith literally took the game away form the grasp of CSK which led R Ashwin, Dhoni’s trusted ally, to unsettle the rookie Australian. In his final over, Ashwin tried ‘mankading’ Smith and followed it up with a heated exchange of unpleasant words. Ashwin, as he later said in one of the press conferences, was upset at Smith’s constant forward-movement from the non-strikers end-crease even before the former released the ball which prompted him to warn the batsman. Ashwin also went on to reveal that Smith flushed out words at first. In the meanwhile, Smith felt Aswin’s act “was not within the spirit of the game”. Well, Smith went on to win the game for his side which made Ashwin’s retaliation look pointless.

This was the game where Rahane added to the dilemma of the selectors when he thwarted the RCB bowlers to all corners of the ground to bring up his maiden-ton thereby setting a daunting target for RCB to chase down. Needless to say, RCB got off to a floundered start and Kohli was left to single-handedly attain the mighty task. Even during his brief stay at the crease (he too was eventually dismissed without making a mark), the volatile lad didn’t waste an opportunity to make his angry cells functioning. Amit Singh, the bowler, ran up to the batters crease while the wicket-keeper was collecting the throw from the outfield which he apparently found it difficult which made Amit back-up the outrageous throw. In the process, Virat Kohli had completed the run and was left sandwiched between the keeper and Amit Singh. The hilarious sequence was that neither did the keeper latch onto the throw nor did Amit Singh do the same. Instead the throw landed with aplomb on Virat Kohli’s helmet!! Though it was amusing to the eyes, Kohli screamed at the bowler for having unnecessarily made the journey to his crease which made it difficult for the Delhi-boy to evade the throw. Rahane, though grinningly, motioned to his team-mate to back-away from the Virat-bomb and patted the batsman to shrug of a silly fight-in-the-making. Now that’s Rahane for you. Like Dravid, he wishes for a battlefield of peace and harmony.

Between Munaf Patel and  One Field Umpire:

Reacting harshly to a rather undeniable dismissal of Kumar Sangakkara, Munaf Patel - the unfortunate guy - almost ate up the umpire in fury. The bowler along with his skipper, Harbhajan Singh appealed profusely which later was rendered baseless which maddened the Baroda-quickie. Munaf Patel fired in a missile-like delivery that shattered the DC skipper’s stumps. But the aftermath confusion amongst umpires on whether Munaf delivered a no-ball angered the bowler due to which he signalled the umpire to review the dismissal. The review-delay multiplied Munaf’s anguish. The match was delayed for over 5 minutes thanks to Munaf’s unsolicited displeasure at the umpires. The aftermath of the incident died down as Mumbai Indians cruised to a scintillating victory over the Sangakkara-led Deccan Chargers. However, Munaf’s celebration was cut short by a fine of 80% that was slapped on the pacer for his derogatory remarks at the umpire. Forget the 80%-less that would have made it to his pocket, consider how embarrassing it must have been for Munaf Patel to have wasted his vocal juices for practically nothing. And the even funnier part to it is that Sangakkara was eventually dismissed after considering the review. Mumbai Indians’ humiliation took to the fore when their skipper was also warned for lending support to Munaf as a play-back singer. Wonder what would have happened if Sachin Tendulkar was at the helm of this slap-stick comedy? Though Munaf has a point regarding the dismissal, hasn’t he heard of respecting an umpire? Now that calls for some kind of inner mentality and Munaf will no more be referred to as a quiet fellow.

This was the most astonishing one of them all. Both the batsmen were representing the same outfit -  Pune Warriors India. This invisible and intangible quarrel was also witnessed during Pune’s home encounter versus CSK. Jesse Ryder, the controversial Kiwi left-hander was assisting Marlon Samuels, an even-controversial cricketer hailing from the Caribbean, at the crease. Jesse Ryder had just smoked a boundary off the bowling of CSK new-face Yo Mahesh when a messenger from the Pune dug-out galloped to the wicket and put forward a directive to the two batters at the crease. Almost immediately, Marlon whispered something into the ears of the then-in-amazing-form Ryder and that something infuriated the Kiwi. The apparent word of wisdom from the dug-out was to tell Ryder to play the supporting role to Marlon as they wanted the burly-looking Kiwi to stay till the finish while Samuels would do the six-hitting duty. The Kiwi was advised by Marlon to take a single and give strike to the latter for the message was to target the inexperienced Yo Mahesh. The next delivery was tucked to the outfield by Ryder for an unwilling single. The following delivery saw Yo Mahesh in joyous mood as he had just rattled the West-Indian’s stumps after the latter swung a mighty heave with his willow. Marlon made the long walk back to the pavilion and not once did he glimpse at Ryder, who was still fuming with anger. With Ryder striking the ball cleanly, the decision to request him to play second fiddle to Marlon proved to be fool-hardy. Ryder has since then continued his breath-taking form but Marlon has been out of Pune’s scheme of things as of now. Now what we want to know is whether the Ryder-Samuels feud continued even in the dressing-room. With the kind of characters they are, it would never come as a surprise if the two avoided eye-contact, especially Marlon Samuels.