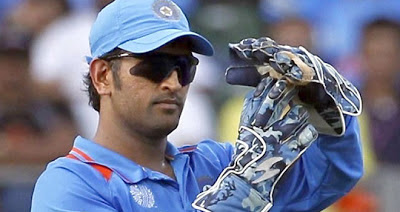 
It is remarkable and more so intriguing of how cricket fans can almost do a U-turn when their national team does exceedingly well in a tournament after the game had encountered its most torrid phase, just weeks before, and the reputation of players took a beating owing to shocking exposes by the police and media. The 6th edition of the IPL will always be remembered for ‘how it was managed’ rather than the usual question of ‘is there a need for it even’. Perhaps for the first time, a non-playing equipment, a towel, attracted more nationwide attention than the cricket ball.

Rumours of spot-fixing alarmed the populace which otherwise had to bear with political scams unfolding one after the other. Cricketers were MCOCA’d. Team owners placed bets worth crores of rupees on their own team’s fortunes. The so-called legends appeared to be extinct and chose to be museum specimens, incapable of free speech. Administrators were determined not to let go of their reins of power. The police went on an arresting spree; incriminating almost anyone involved with betting as though betting was not commonplace in India. A cricket captain was found to have clearly violated his position after news broke that he enjoyed a stake in a sports management firm which also sponsors his playing colleagues. And this captain has a strong say in the selection meetings.

All this while, the television viewers and newspaper readers watched with stunned silence, incapable of effecting any change except for the power to switch over from channels and shun news pages featuring the cricket scam to engage in productive hours doing else. The fans could have boycotted the prevailing cricket scene by going out into the streets by way of demonstrations and protests against either the accused or accusers or even the soon-to-be accused.

Disabling the cricket channels could have resulted in TV ratings plummeting to an all-time low. There were a couple of PILs which challenged the authenticity of the IPL matches, both of which were squashed due to negligible evidence. But all that was required to force a reverse gear on the public sentiments was a spirited performance by the national team in the ICC Champions Trophy 2013.

The Indian cricket team has indeed reignited the confidence and trust of the fans with a dominating display of cricket, very much unlike of a team that has historically withered away when pushed against the wall, even when not being directly implicated for wrongdoing and underperformance. And more than a statistician’s delight, Shikhar Dhawan’s back-to-back centuries and Ravindra Jadeja’s 5-wicket haul have reposed a newfound interest for the game in the hearts of millions of Indian cricket fans around the world.

The inner-circle fielding unit comprising of Virat Kohli, Suresh Raina, Ravindra Jadeja, Shikhar Dhawan, Rohit Sharma and Dinesh Karthik have shown eye-catching athleticism and acrobatics to form an impenetrable belt, constantly pressurizing the batsmen, who fail to get past them for runs.

Bhuvaneshwar Kumar is doing exactly what MS Dhoni wants from him that is picking up early wickets by exploiting the favourable swing-conditions. Ishant Sharma and Umesh Yadav have lived up to their expectations, providing able support to Kumar with their fast-paced deliveries and ability to extract bounce from the wickets. It sure is heartening to see the same Ravindra Jadeja, who in the ICC World T20 of 2009 held in England laboured to a slow-paced 25 off 35 balls which many cited as the reason for India’s shock exit from the tournament, dictating terms with the ball having got limited opportunities to showcase his much-improved worth with the bat. The offie R Ashwin, surprisingly has played second fiddle to Jadeja, having snared fewer wickets than his spin twin although having maintained a decent economy rate.

Even more fantastic has been the relative ease with which the top order batsmen have adjusted to the playing conditions and sharpened their back-foot technique, which over the years has led to the struggle of many Indian batsmen playing on foreign pitches. Shikhar Dhawan and Rohit Sharma have forged an unbreakable alliance at the openers’ slot, with the former leading the top run-scorers chart at present. Virat Kohli, along with Dinesh Karthik have ensured that the good work of their openers wouldn’t be in vain. The middle-order consisting of Suresh Raina, MS Dhoni and Ravindra Jadeja haven’t been put to stern test so far but all three have played crucial knocks either in the warm-up ties or in the league stages.

Having perched comfortably at the top of their table, India will be looking to satisfy their fans by continuing their winning run going into the semi-final round. For now, Dhoni and Co can hope to evade the media wrath and inquisitiveness regarding controversial themes. But are we to believe that if India returns home victorious, Dhoni (of all others) can escape the swipe of the sword that Dalmiya has hinted at? Such is the mindset of Indian fans who get swayed away by victories and conveniently forgets past follies.

Sooner or later, controversies surrounding Dhoni and other bigwigs will be laid to rest. This is so often the case especially in cricket  (unlike in politics) where opportunities to improve on learning from mistakes is so limited, while political controversies escalate to nationwide anger. Maybe that has to do with the direct bearing politics has on the lives of ordinary citizens. Cricketers are beneficiaries of what is popularly called ‘Perform till redundancy’ which is at least theoretically different from another equally customary phrase ‘Perform or perish’ which politicians, by virtue of their electoral mandate, affects their actions. Are our cricketers accountable to the public or not? If yes, there is a host of questions that our performing cricketers need to tackle, more deadly than Malinga’s toe-crushers or Narine’s mystery spinners.

Even with a privately-run body like the BCCI managing the welfare of the players, the primary reason why cricketers should face investigative action is because of their commitment to the nation’s sporting success. The fans just don’t shell out cash, whether it is in form of buying match tickets or viewing sporting channels, but end up spending so much on the diverse brands their heroes endorse. Ultimately nobody is the loser but the fan, as everyone else - BCCI, players, channels, brands - make truckloads of money. But
The public’s verdict regarding the appraisal of players is rarely noticed, and that being the case, how can it be a national team or a national issue? Public consensus is difficult to ascertain but given the overall mood of dissatisfaction, the BCCI can oust players owing to poor performance or malpractice.

It remains to be seen whether interim BCCI chief Jagmohan Dalmiya will abide by his word when he had promised to look into Dhoni’s ‘conflict of interest’ issue once the team returns back after the Champions Trophy. Police sources have claimed, after bookie revelations that, Suresh Raina and Bhuvaneshwar Kumar may have been approached by bookies during the IPL. Regardless of whether or not they have indulged in unfair practice, it is imperative that the current bunch of cricketers face questioning, if that can provide headway into the investigations. It is indeed queer that a currently-inactive cricketer like Sreesanth has been framed in a case of spot-fixing which just goes on to show the vulnerability of those out of the reckoning while the performing players are free from any societal interference or enjoy authorized protection if charged.

The Pakistan cricket team is perturbed about the reality of having to face public outcry after their dismal performance in the Champions Trophy, where they lost all their three group matches. The Indian team is no stranger to such circumstances either, as was the case in the aftermath of the 2007 cricket world cup. But now the team looks well on course to lift the trophy which if actualizes, will render them scot-free and all possible efforts will be made to dissociate the heroes from police scrutiny. Such is the impact victories can have in the minds of fans, who from being deceived by the theatrics of the IPL games have once again assumed the role of venerating fanatics waiting to welcome their champions with garlands and bouquets.

In politics, the election polls decide the fate of public servants while in cricket; the voting instrument is the television remote which can hugely impact the glamour quotient of the game by bringing down its viewership. But, isn’t it too tempting to resist? Their cricketing victors have done their bit of propaganda by enchanting the masses with a scintillating performance. Cricket fans have failed to exercise their ‘right to vote’. How easily their stance shifts from that of ‘being cheated’ to ‘being befooled’. This is how our cricketers are granted bail even before they are caught.
Posted by Seasonal Magazine at 6:28:00 PM
Labels: Cricket