IPL - The 8 Players Who Can Upset All Calculations 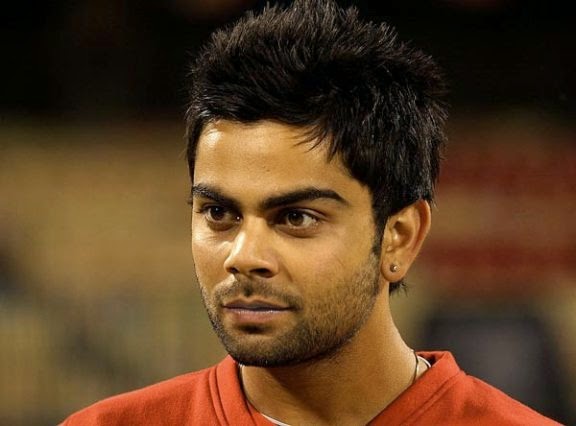 By Carl Jaison:
When it comes to IPL, a week's time and around 9 games might not be enough to judge whether the perceived top-talents are indeed in form. The IPL has this queer habit of producing heroes overnight and this edition will be no exception. While some players have lived up to their billing, others have gone on to prove their worth beyond expectations. Considered the ‘X-factor’, these players have delivered for their respective teams when it mattered the most and thus are certain to hog the limelight this time around. Their presence has certainly added much productiveness to the tournament but at the end of the day who among them will emerge as the first among equals? Here is a look at the possible difference-makers from each team:

The RCB skipper comes into the tournament riding on the back of a phenomenal cricketing season that saw him aggregate runs on all wickets and being termed as a ‘consistent run-machine’. Kohli has already proved his class by leading RCB to consecutive victories thereby throwing light on his possible take-over from Dhoni once the latter calls it a day. He relishes his role as the batting mainstay of this line-up and has learnt to pace his innings admirably. With all the cricketing shots under his belt, Kohli will certainly be the man to beat once he gets going.

From being a regular member of the Aussie ODI squad to being the most expensive buy in last edition’s auction, Maxwell has seen a steady rise in his cricketing career. Although under-utilized by his former team Mumbai Indians, Maxwell has already played some stellar knocks to emerge as the leading run-scorer so far. His batting exploits against CSK won him accolades considering the pressure-filled stage in which he came in to bat. A brilliant exponent of the reverse-sweep and switch-hit, Maxwell may soon emerge as the poster-boy of T20 batting.

The mystery spinner is always on the money when it comes to bowling at crucial junctures of the match. Narine, who has been with KKR for quite some time now, loves to unsettle the batsmen with his wily off-breaks and unreadable carom-ball. Though he needs to work on his stamina, Narine has seldom disappointed the captain when asked to get the job done. Currently, he is the leading wicket-taker having achieved this within an enviable economy rate.

Considered one of the best finishers of the game, Mahendra Singh Dhoni is always there when the team needs him. Unorthodox in his techniques and possessing limited strokeplay, one might come across the Indian skipper as a misfit in this team. However, known to be an introvert, Dhoni prefers to let his bat do the talking. As long as he is there in the middle, CSK have always fancied their chances. One of the most unique and trade-mark shot of his is the spectacular ‘helicopter-shot’.

In a team that boasts of few super-stars, Steyn has taken it upon himself to bail the team out of precarious situations. The fiery pacer has won a lot of matches for his team single-handedly maintaining a tight line and length even at the death overs. Batsmen often opine on how difficult it is to play Steyn given the pace and bounce he generates in each delivery. Whether a high or low target, Steyn has accomplished himself as the wrecker-in-chief and the source of innumerable batting collapses.

After leading his country to their maiden T20 title, Malinga showed the world why he is still the best fast-bowler around. Having been retained by his outfit, Malinga has reposed faith in them by ripping through the top-order whenever the ball has been given to him. With an unusual action and demeanor, he is often utilized at the start and death overs when he bowls at his venomous best. Malinga has turned out to be crucial for Mumbai Indians and his performance usually determines the difference between victory and defeat.

Duminy was touted to be the next big thing in cricket after his sudden burst into the international scene with a series of outstanding batting performances against the Aussies in his debut tour. However, there has been a decline in his form but his unmistakably sound utility makes him a worthwhile all-rounder. Snatching a win from the jaws of defeat against KKR, Duminy is the best bet in the middle-order following KP’s absence. His useful off-spin comes in handy for a team like DD that has struggled to record victories.

Arguably the most promising cricketer in the IPL, Samson has played with immense maturity and temperament to stake his claim as one of the few players to watch out for. This wicketkeeper-batsman, who is an equally agile fielder, lends the right balance to the RR outfit. Though short in stature, Samson hasn’t allowed that to limit his strokeplay. Having a wide array of shots, RR had no reason but to retain him and the young lad is living up to his name. His pull-shots have been likened to that of Vivian Richards and that’s something to take note of.
Posted by Seasonal Magazine at 7:37:00 PM