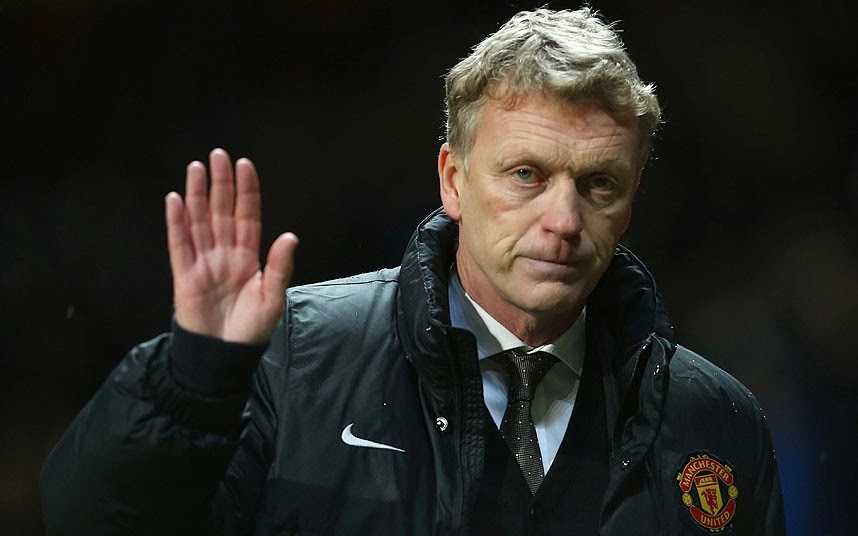 By Pete Jaison:
Since David Moyes is no longer with ManU, and its stock is soaring on sentiment, it is time for the owners, investors, players, and fans to introspect whether the Scotsman was indeed the only problem with the club. The hasty, unprofessional, and market-dictated way in which Moyes was dismissed however conveniently disguises the other fundamental issues with the club and its players, not to speak of the 150 million pounds it would take to revive ManU's fortunes under a new manager. Making Moyes the only scapegoat and fixing the entire blame on his 10-month stint may be convenient for many but is not going to help Manchester United.

The Chosen One a.k.a David Moyes who was preferred over many highly decorated managers by the legendary Sir Alex Ferguson to lead Manchester United had raised many eyebrows. Ferguson however had stood his ground saying that Moyes is a class act and that he will continue the glory days of Manchester United. This, coming from an extremely experienced and shrewd manager was enough to convince the fans and the investors that David Moyes is truly the right man for the job.

Thus began a new era for United when Moyes took the reins of arguably the greatest football club of all time. Even in his wildest of dreams Moyes would never have pictured such a failure in his career. In less than a season with the club the so-called ‘right man’ has been sacked. There was no doubt that David Moyes was standing on thin ice but no one thought that he’ll fall right through in. Not this soon anyway.

United didn’t slip or stumble this season. This wasn’t a season of growing pains. It was a complete and utter breakdown of the greatest soccer team in England and it took only 10 months for it to happen. A few former Manchester United players claim that Moyes wasn’t the best person to have been entrusted the job of leading such a high profile club.

Moyes as a manager never tasted success on a large scale. True, he transformed his former club Everton into a potential title winner but the fact is that Everton is thriving more than ever since a new manager took over from Moyes. Also, many failures which United haven’t been facing in the last few decades have cropped up.

United is out of every cup contention this season and they are now heading into their worst finish since 1990. It is not the fact that United haven’t been winning games this season, the usual cut-throat attacking style of United is missing, many star players are only a shadow of themselves, the midfield play has never looked this pathetic and so on. But the reasons are numerous.

Ryan Giggs, a veteran player for the club has been appointed the interim manager till a new one is appointed. Giggs who has played around 600 games for United needs to start putting the pieces right away. The firing of David Moyes is a new chapter in the books of the club that has long preached continuity and stability.

However, the collapse of this great club wasn’t exactly Moyes’ fault. Not all of it anyway. Moyes was left to man a team which has been run the same way for 27 years under Ferguson. It’s a team filled with talent, but also egos. None bigger than that of Wayne Rooney.

Rooney left Everton as a teenager under prickly circumstances. When Moyes was hired by United, Rooney made it clear that he wanted to leave the club. However Moyes signed Rooney to a long term deal but the striker hasn’t been in tremendous form all season. What Moyes did was he made the impossible task of leading United all the more impossible. At the end of the day one thing is crystal clear - United needs a complete revolution. Right away.
Posted by Seasonal Magazine at 12:51:00 PM