"If Modi is Satisfied, So am I,” says Subramanian Swamy 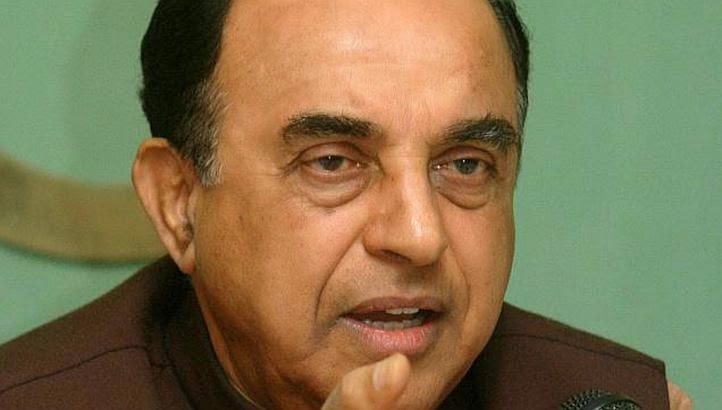 Subramanian Swamy says he is not let down despite Modi not including him in the Ministry which saw last minute BJP converts like Gen. VK Singh and Rao Inderjit Singh getting ministries. "Cabinet choice is the prerogative of the Prime Minister. If he is satisfied so am I," says this former Central Minister and legal activist. Seasonal Magazine interviews Subramanian Swamy on how will be Modi Government's performance in the coming days:

How did you view the election results? As a frontrunner in exposing many scams during the UPA regime, was it more of an anti-incumbency vote or more of a pro-Modi mandate?

It was a combination of three factors - the Governance record of Modi, the anti-corruption campaign led by me, and the Hindutva galvanization of the party cadre of the Sangh Parivar.

How do you assess Modi’s council of ministers? Was it up to your expectations or above expectations, or below it?

Cabinet choice is the prerogative of the Prime Minister. If he is satisfied so am I.

As a BJP leader who worked the hardest to inflict maximum damage to the UPA-2 government and thus aid Modi’s victory, did you feel let down when you were not included in the council of ministers? Do you expect this injustice to be corrected in the next expansion?

I fought corruption not for a reward and therefore not let down. I feel a sense of vindication instead.

You have not fully agreed with the rail fare hike, arguing that alternative ways to raise funds should have been explored. Can you suggest some specific alternative methods that you have in mind?

Not in an interview. The PM can ask me whenever he wants.

You have also protested against an imminent hike in domestic LPG prices arguing that somebody would file a PIL against it. As a legal activist who was very active in the PIL sphere, would you yourself do it?

As a member of BJP which is a ruling party I cannot file a PIL against the non-performance of statutory or constitutional duties of my own government.

Coming again to the specifics of the LPG hike, the plan now is to do a gradual increase of Rs. 5 per month, like the Rs. 0.50 monthly increase in diesel. Isn’t it a good strategy, as unlike the abrupt and steep rail fare hike, the impact of this on the average household will be minimal, and it also limits the inflationary expectations?

Since the hike is not for discouraging the consumption of gas but as a revenue measure therefore I am against it.

Crude is again soaring, and this argument has been used by successive central governments to increase domestic prices. But taxes, which are charged as a percentage, being a big part of the domestic prices, why can’t the government cut on the tax rate to limit the damage on its citizens? The reverse can be done when the crude price goes down to maintain the net tax inflow? In other words, why are governments adamant that every time crude goes up, their tax inflow should soar?

Unfortunately we are driven by wooden bureaucracy driven administration since 1947. No economist worth the name will view taxes as purely a revenue measure.

You have been a critic of India’s Look East policy followed by Narasimha Rao, Vajpayee, and Dr. Manmohan Singh, and is instead arguing for a Look West Asia policy, and even arguing that India should side with the Shias against Sunnis in the West Asian conflicts like in Iraq. What is the rationale and do you expect Modi government to follow this advice?

Our main vital imports of oil and export of manpower is towards the West. Our national security and civilizational threats are also from the West. Hence we need a new foreign and defence policy with focus on West of India.

You have been a staunch critic of the toothless nature of SAARC, as well as India’s alleged violations of SAARC norms, and is even advocating a greater role for USA & China in SAARC. Do you expect Modi to follow this route?

I cannot say yet. But Modi obviously is focused on how to improve relations with our neighbours.

From a very secular leader barely a few years back, you have transformed yourself dramatically to a Hindutva leader arguing against Muslims and Christians using every occasion. What can justify such an extreme stand for a political leader in a diverse and plural society like India?

Your definition of secularism has changed with the advent of Ms. Sonia Gandhi.  Not mine. Hinduism is the most secular religion since it’s based on books and treatises and not on the sayings of Prophets. It is the only religion which explicitly acknowledges that all religions lead to God. Since the arrest for a completely bogus charge of murder by the TN government against the Kanchi Shankarachrya, I came to the conclusions that we Hindus are under siege of foreign proselytizing forces.

Interestingly, despite your strong pro-Hindutva stand, you are really not in BJP’s top inner circle. Why is it so? Your critics argue that there is a trust factor deficit due to your frequent switching of sides and after your scathing personal criticism of Vajpayee that refuses to die down. What is the reality?

I joined BJP only recently namely August 2013. So no surprise.

You have been very pro-China in foreign policy, even arguing that we should go the extra mile to solve all border disputes with China, and that we should limit our engagements with US and even many Far East nations, not to irk China too much. Why are you such an ardent China buff? Were you disappointed when Modi didn’t extend an invitation to the Chinese for his swearing-in despite being a next door neighbour?

I am not pro-China but strongly concerned with securing India’s national interests. Recently a Congress Spokesperson called me a CIA agent and I took him to court, then he gave a written unconditional apology.
Posted by Seasonal Magazine at 12:35:00 PM