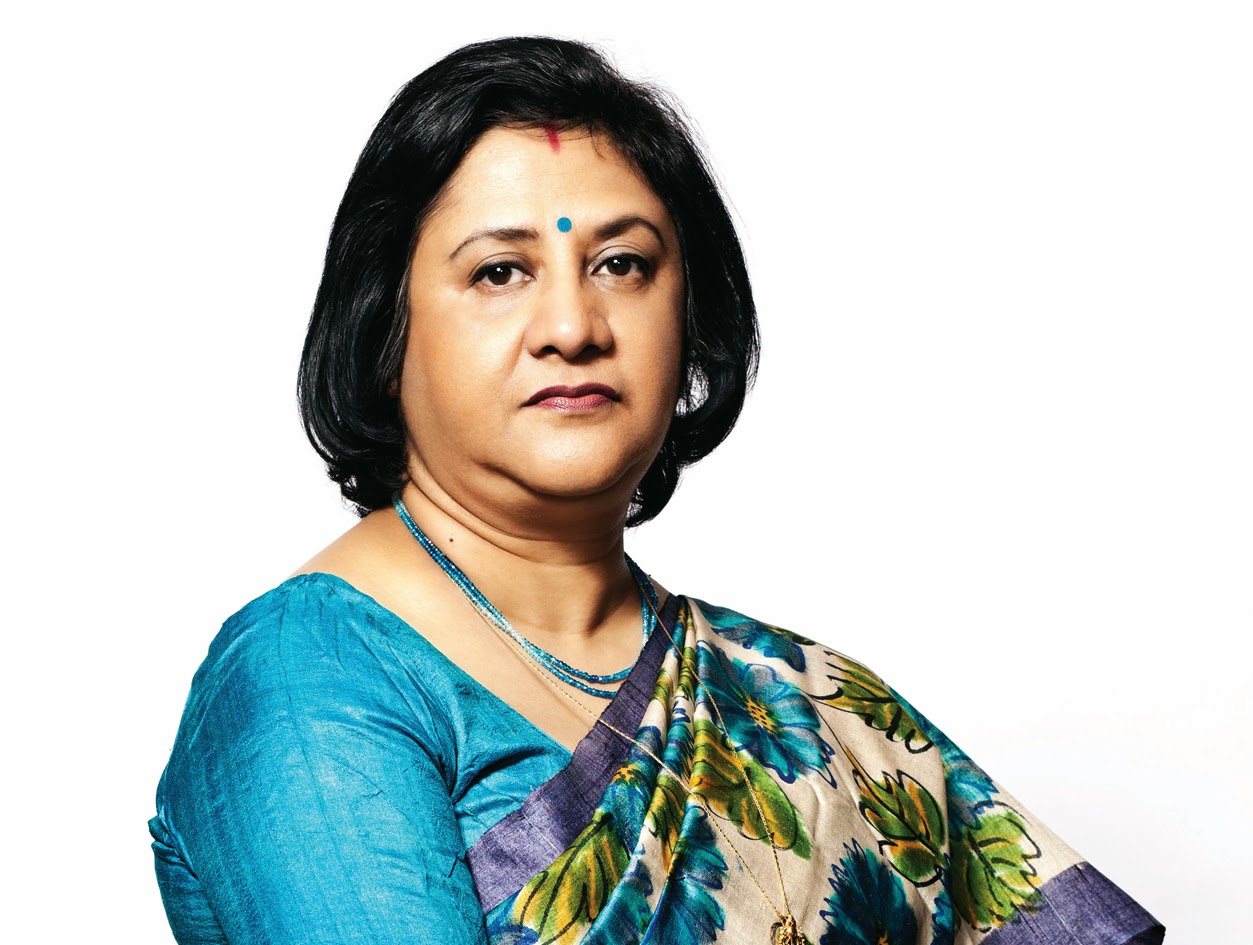 Arundhati Bhattacharya just entered her second year in office as the Chairperson of State Bank of India. Though her first year was a tough period for Indian banking, preventing her from delivering spectacular growth, her record for one year is far from a mixed-bag. While she is a master of delegation and gets along very well with her colleagues and associates, Arundhati has displayed a steely will in dealing with challengers including high-profile loan defaulters. If Indian economy turns around under Narendra Modi, Arun Jaitley, & Raghuram Rajan by the end of this fiscal, SBI’s CMD will have an even better second year in office.

It has been only 4 quarters since Arundhati Bhattacharya took over as Chairperson of State Bank of India, but it has been enough to gauge her breadth of skills as a versatile banker. On a standalone basis, quarterly income is up by around 10%, while quarterly profits has soared by over 41%.

Mind you, this is not a small or medium-sized bank we are talking about, but about the biggest bank in India, both in the public and private sector. To understand its size, only a couple of comparisons is enough. Even if the largest private sector bank by market capitalization - HDFC Bank - is to combine with its parent HDFC which is the largest housing finance company in India, the combined banking entity will be much smaller than SBI in income and profits.

So, the growth that this first female head of SBI has ushered in has been on the largest base imaginable in India, and that has been a feat.

Maybe in some other time, say, in 2005-2007 period, this was likely to be an ordinary achievement by an entity like SBI. But her tenure as Chairperson had come at the most difficult time, when the after-effects of the global financial crisis combined with domestic policy paralysis and high interest rates, virtually making the banking system growth come to a grinding halt in this past fiscal.

A 40% plus growth also proves another thing - that proving the naysayer wrong, this Bengali Brahmin lady has tamed SBI’s infamous NPAs.

It will be foolish to assume that SBI is fully past the NPA contagion troubling all PSU banks. As the largest PSU bank, SBI’s NPAs are here to stay for quite a lot more time, but there is no doubt that it has been tamed by this charming 58 year old.

And growth at SBI is not like the famed non-stop growth at HDFC Bank. India’s private sector lenders are notorious for not giving term loans to businesses and projects, and creates their growth solely from retail loans and working capital loans. While that is safer, it is obviously not the ideal strategy for the nation’s growth, and that is why a bank like SBI is open-minded to all kinds of loans including term loans for risky and long-tenure projects.

In other words, if SBI is a full bank, banks like HDFC can only be considered as half-banks.

Of course, being open to term loans often throws up nasty surprises like Kingfisher and Bhushan Steel, but for Arundhati that has not been an excuse to not extend term loans to companies in both private and public sector.

Maybe having spent her entire childhood at the industrial town of Bhilai where her father was an engineer at the massive steel plant, taught her a lesson or two in the importance of supporting large enterprises.

However, such willingness to support industry didn’t stand in the steel-willed way in which she dealt with cases like Kingfisher and Bhushan, and deserves an applause.

Surprisingly, she is not from a finance, economics, or accounting background, but has done her graduation and post-graduation in English literature. She had her schooling at St Xavier's School in Bokaro Steel City, then graduation in Kolkata's Lady Brabourne College, and postgraduation at Jadavpur University.

But she was brilliant enough to crack the SBI Probationary Officers examination in 1977, which was full of maths and logic, and came to study banking on-the-job at SBI and at the Institute of Bankers.

She went on to handle some of the most difficult jobs at SBI including heading its American operations based in New York.

Ask her the success secret, and she would tell you that it is delegation and getting along well with everyone around.

Since Arundhati Bhattacharya could perform reasonably well even during a difficult period, if Indian economy turns around under Narendra Modi, Arun Jaitley, & Raghuram Rajan by the end of this fiscal, SBI’s CMD is all set to have a much better second year in office.
Posted by Seasonal Magazine at 5:30:00 PM