The Curious Case of Manchester United 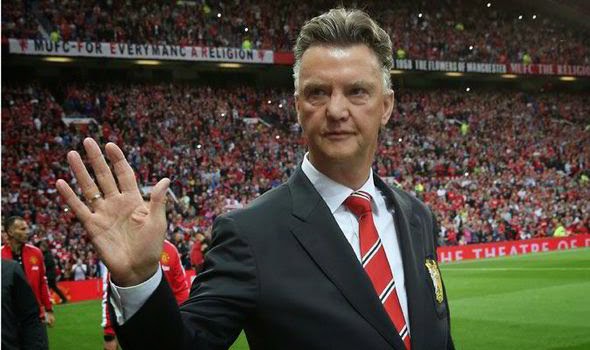 
When Louis Van Gaal was appointed as the manager at Old Trafford following the ill-fated reign of former boss David Moyes , expectations and hopes for the club sky-rocketed. This was a man who was sheer dominant , aggressive and has lapped up success in every country he has coached. So quite blindly the United faithful convinced themselves that LVG was the 'real' chosen one. The manager arrived with swagger and spoke boldly of the new philosophy he was going to instil  in the club. But after the first half of the season nobody quite understands his so called philosophy. A 3-5-2 formation was implemented at the start of the season but it  hasnt been near convincing and playing against a 3-man defence starring Johny Evans , Phil Jones and Chris Smalling is what every other club will be queing up for. Again , what is this philosophy that only LVG can understand?

Of course , improvement has been very clear compared to the performances of the team from last season but maybe it was because of the fact that the previous season was more than horrendous for the Red Devils. They lacked direction in their play and the Moyes couldn’t get the best out of any player.  he left the supporters fuming after losses against arch rivals , Liverpool and neighbours , Manchester City. On top of that he claimed that City were a team United should aspire to be like. That was probably the last straw for any United supporter. For a  club which  has won the premier league 20 times and has been  the most successful  team in England, those comments were beyond insulting. Let alone coming from their own manager. The need for change was cried out loud and behold the renaissance arrived in the form of LVG. United swept past every team in the pre-season beating top European teams like Real Madrid , Inter Milan along with domestic clubs like Liverpool. But in the very first PL match , United faltered and expectations flickered. This prompted the manager and the United bosses to roll up their sleeves and shell out more than 150 million in recruiting top talents accross the globe to Old Trafford.In came Champions league winner , Angel Di Maria , Radamel Falcao , a striker with predatory reflexes going by the nickname -'The Tiger' along with a group of other talented players. Thus began a new era. Although the start was a little shaky , United gradually turned the losses into draws and the draws into wins and cruised to a 10-match unbeaten streak. But a  close look at the victories United gathered makes one want to question the aforementioned philosophy. Most of those matches, United progressed by the skin of their teeth. So has LVG actually been fooling us with his rosy resume and long speeches about an unknown philosophy?

LVG has tinkered with the formation many times and he justified it by stating that he was merely searching for the right combination in times of an injury crises. Agreed. But even after having an injury-free team he has made baffling decisions like playing Di maria in a striker position instead of playing him in the wings where he thrived throughout his career but even that is somewhat acceptable. Maybe he wanted more pace up front or had some other reason. But has United really become that clueless that Phil Jones has now started taking corners for the team ? No. No..No..No that is not at all digestible. Nope. Even David Moyes wouldnt do that!

LVG has assured everyone that he wouldn’t be fired mid-season and will complete his 3 years as stated in the contract.But he has also assured everyone that within 3 months of his tenure ,his ideology will start to bloom results for his club and that has definitely not happened. So, The case of Manchester United is very curious indeed.