Delhi Results Forcing BJP to Switch From Domination to Consensus? 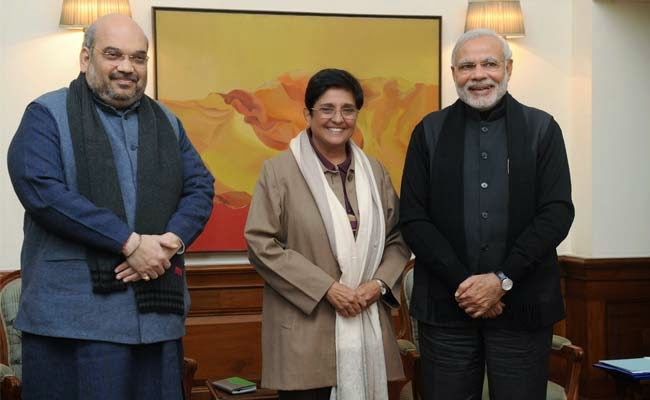 Last time, Jaitley had an excuse of too little time. This time the FM knows that there would be no excuses in his favour. The international media has rightly dubbed it as India’s make-or-break budget.

Where everyone expected a pre-budget rally, the market has seen more than a week of continuous downtrend. Is the honeymoon period finally over, is the unsaid doubt inside the minds of all market participants.

Forget the results, the run-up to the Delhi elections in itself proved that the Narendra Modi - Amit Shah combine is not strategically failproof. Not that it needed any proof, as even amidst the euphoria of Modi-led BJP’s emphatic win in 2014, there were several large pockets like Tamilnadu, Odisha, &  Kerala, where there were no takers for BJP’s ideologies.

But Modi being an astute learner, is sure to learn from the Delhi challenge, and apply course corrections. However, the problem is that Rajya Sabha domination is getting pushed further away, which is bad news for lightning-fast reforms.

Or is it? Why are we so particular that reforms need complete domination by a political party? History doesn’t support such a view. Narasimha Rao, perhaps the man who ushered in the greatest economic reforms India has ever seen, was forever battling the formidable numbers of his opponents both within and outside the Congress party. Still, he prevailed, and left his mark forever in India’s history.

On the other hand, history also proves that complete domination by a party can be disastrous to the nation as well as itself. The best example remains Rajiv Gandhi storming to power with a record number of seats in 1984, only to wither away by the end of his first full term.

The clamour for a single-party domination that was heard throughout the 2014 election season, however, was due to the hopeless way in which the UPA coalition floundered in its second term, especially during its last two years. The culprit was the search by Dr. Manmohan Singh for a difficult consensus - among redoubtable allies - in everything his government did.

While consensus remained and remains an utopia, it shouldn’t mean that a single party’s domination is the answer. Lord Acton’s maxim that, “Power corrupts; absolute power corrupts absolutely,” is something that no admirer of any leader should forget.

In hindsight, BJP wouldn’t have sweated out so much in Delhi, if Modi had been more emphatic in containing the actions of some extreme right-wing elements across the country, after he assumed the prime office.

Modi’s swift recourse to ordinances, proves that he is a man of action. That, given a chance to dominate Rajya Sabha too, he will act emphatically to accelerate development. But that shouldn’t mean that he should get that power or else he won’t or can’t perform. He too needs to work at consensus, to arrive at acceptable solutions by most, if not all parliamentarians.

This is where the role of a responsible Opposition too comes into play. Let all Opposition parties, starting with the Congress, realize that it is their duty too to develop this nation holistically and urgently, at any cost. Though BJP and its NDA allies used to continuously stall parliament during UPA rule, as it has never happened  before, this is not the time or age to repay tit-for-tat.

With each passing day, the role of media is getting more and more shared by social media. And what that means is millions of Indians are not only consuming opinions, but shaping it like never before. That is why even a single bad move by Modi or BJP will be immediately flagged by many, than it has happened with any other outfit.

The time for partisan politics is over. It was long over, but now the influence of instant and contributive social media is ensuring that those parties following partisan politics will be the losers if they stand in the way of development. Congress and allies, beware.

They will be remembered for not playing spoilsport, but for aiding all development efforts, and most importantly for ensuring that all development is equitable for all Indians.

No wonder then that Pranab Mukherjee too exhorted both the Government and Oppositon to make an end to the Ordinance Raj.

Despite Modi’s, Jaitley’s, and Rajan’s best efforts, the economy is taking its sweet time to turnaround. If the health of the banks are any indicator, it will take even more time than a couple of quarters. But there is no doubt whatsoever that Indian economy will turn around eventually, emphatically, sooner than later.

The global commodity fall, led by deep rationalization in oil prices, will ensure that India will be one of the chief beneficiaries, even with minimum governance. The demographic dividend and the resultant market size is too much of a success factor to negate.

Indian political parties - whether they are in the Treasury or Opposition benches now - just need to recognize this great opportunity and start acting in a non-partisan way to just facilitate development.

We, the whole of India, are watching you.
Posted by Seasonal Magazine at 5:41:00 PM