ICC Champions Trophy 2017: Does the BCCI Even Know What It Is Doing? 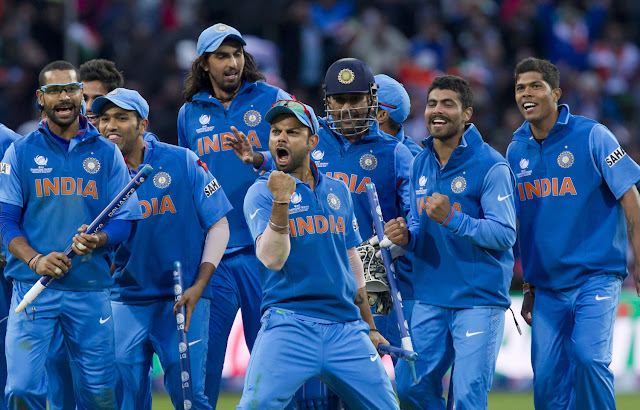 As the BCCI saga continues to deliver plot twists almost every other day, the all-powerful cricket body is fighting to stave off relentless pressures from fresh quarters. This time, it finds itself fighting a lone battle on a turning pitch, with almost no answers to those tricky googlies and very few to cheer them on from the stands.

Following its much publicized stand-off with the Supreme Court-appointed Lodha panel, the BCCI is now at the receiving end of what looks set to be a long-drawn out battle against the likes of the CoA & the ICC - its newest rivals. The point of contention was regarding India’s participation in next month’s Champions Trophy being contingent on ICC revising the revenue model back to its original form.

However, after several rounds of deliberations between the BCCI, the ICC and the CoA, the Indian cricket board’s Acting President CK Khanna has confirmed that India will take part in the Champions Trophy 2017. The 15-member squad for the same is likely to be announced on Monday, 8th May, around 20 days before the start of the tournament.

Only days before, the Supreme Court-appointed CoA issued its latest diktat to the BCCI reminding the cricket body that the apex court still had to be consulted before any communication with the ICC. But the instruction fell on deaf ears as the BCCI continued its stubborn resistance against an opposition it wouldn’t want to mess with too much.

The BCCI’s latest hysteria should be seen in the backdrop of it getting outvoted in its opposition to a revamped revenue and governance model of the ICC, triggering speculations that the Board could express dissent by pulling out of the biennial tournament. The crucial vote on the controversial ‘Big Three’ financial model didn’t go in BCCI’s favour and senior officials had hinted on the Indian team pulling out of the tournament.

The Committee of Administrations (CoA), however, wanted India to play in the competition, sending out an email to BCCI to pick the squad as soon as possible. The remaining seven teams had already announced their squads before the deadline date i.e. 25th April, barring India who refused to send out the list of 15-man contingent in time.

Earlier, CoA head Vinod Rai had clarified to the BCCI office-bearers that they are not mandated to take any decision on India’s Champions Trophy participation without its approval. Much to BCCI’s dismay, there has since been an overwhelming support for India, who are defending champions, to take part in the tournament next month. With Indian legends Sachin Tendulkar, Rahul Dravid, Zaheer Khan and South African stars David Miller & Hashim Amla throwing their weight behind India’s participation, BCCI were left with little option but to announce the squad without further delay.

Even current Indian coach & former player Anil Kumble echoed his former teammates’ views in a letter to BCCI officials. It has been learned that the BCCI hasn’t taken too kindly to the letter penned by its employee, claiming that it is the institution which decides and not one individual. More importantly, Indian cricket team players and staff members are gagged from making public remarks detrimental to the Boards’ interests.

While the turn of events is sure to spice up the build-up to the tournament, it’s worth pointing out that BCCI’s current predicament mirrors, to some extent, how Israel cries foul whenever a UN resolution is passed against it. Its repeated violations of international norms notwithstanding, Israel constantly accuses other countries of infringing on its national sovereignty and thereby face condemnation for its erratic behaviour.

Quite similarly, BCCI claims to have unprecedented monopoly over cricket in India, which it wrongly believes would exonerate itself from scams and mismanagement issues. If the past is any indication, BCCI’s self-praise has often proved critical to its downfall and there is no reason to believe that the current scenario would be any different.

Also, toeing the nationalist line is a sacred duty in most modern nation states including Israel, which routinely condemns any voice of protest by its own citizens against its actions. BCCI’s warning to Kumble also smacks of an attempt to muzzle voices of other stakeholders in the cricketing setup in India.

Instead of rupturing relations with member boards and cautioning Indian cricket’s real contributors, BCCI must introspect on why there is a lot left to be desired in terms of running cricket administration in this country. Much like Israel, BCCI needs to get its act straight before it begins to lose its reputation.