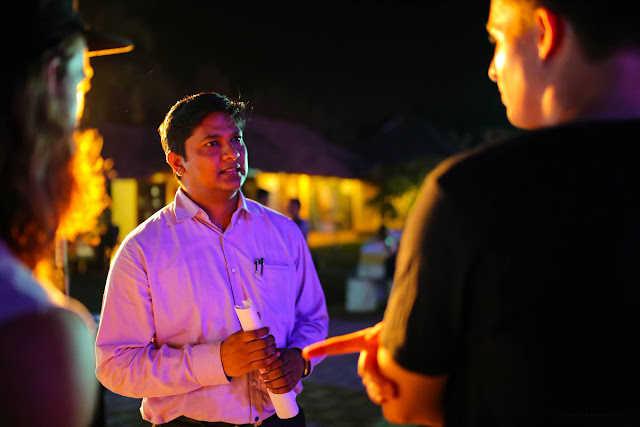 If the setback following the bar license cancellation by the previous dispensation was not enough, the tourism sector was further hit by the SC ruling against operation of liquor outlets alongside national & state highways. Even demonetization played spoilsport affecting many unsuspecting tourists and sending the industry into a tizzy. While uncertainty still remains, the state is slowly getting back on its feet and may have just done enough to avoid a collapse.

P Bala Kiran is a familiar face among Keralites. A Kerala cadre IAS officer of the 2008 batch, Mr Bala Kiran shot to prominence following his remarkable stint as the district collector of Kannur for close to two and a half years. His efforts won him the coveted recognition of 'Best Collector' in the state, including a special word of praise from the Election Commission for his vigilant watch over the politically-volatile Kannur elections. A number of unique projects he implemented in the district have been adopted by other districts as well as by states. However, his first posting in the state was as the Director of the Kerala State IT Mission under the Department of Information Technology. Mr Bala Kiran, an alumnus of IIT Madras, currently serves as the Director of Kerala Tourism Department.

Not one to hide his fondness for his "second home", Mr Bala Kiran confesses to being captivated both by the tranquility and governance offered by the state and hopes to catapult Kerala into the global tourism map. While the state remains one of the most sought-after travel destinations in India, the young & enterprising officer believes that a truly game-changing experience can be brought about only through innovation and stakeholder involvement. While he is clearly on a mission to revolutionize the tourism industry through innovative steps and industry participation, he is equally mindful of the challenges ahead.

Having spearheaded noteworthy projects in previous roles, the expectations are high. But the highly-driven Hyderabad-born officer isn't unfazed by the hype. First and foremost, he is a great believer in Kerala's core competencies but reasons that traditional strengths alone can't derive sustainable results. In a recent interview with Seasonal Magazine, Mr Bala Kiran discussed the government's vision for the sector and what it would take for the proverbial "God's Own Country" to realize its fullest potential.

Seasonal Magazine (SK): As the LDF government completes its first year in office, what do you think are its achievements in the tourism sector?

P Bala Kiran (PBK): There has been a concentrated effort on increasing the infrastructure of the existing market. This is actually being done in 2 stages: One, upgrading the facilities that are already existing. Last 5 years, we have pumped in almost Rs. 600 crores of funds into upgradation of existing infrastructure. But there was much to be done on the maintenance aspect. This year we started the ‘Green Carpet Initiative’, taking the most popular destinations (83 in the first phase) and bringing them to an international quality with high cleanliness, security, solid waste management, toilets benchmarks. This will, of course, be done with the help of the local community. We don’t want to just keep on building new infrastructure, but consolidate the existing ones.

Having said that, we aren’t pausing on the launch of new projects. We are taking up huge projects in terms of discovering potentially attractive destinations. Kerala receives 1.3 crore domestic tourists and this year, for the first time, we have crossed 1 million international tourists. The target now is to attract 50% more domestic tourists and 100% international tourists by 2021. 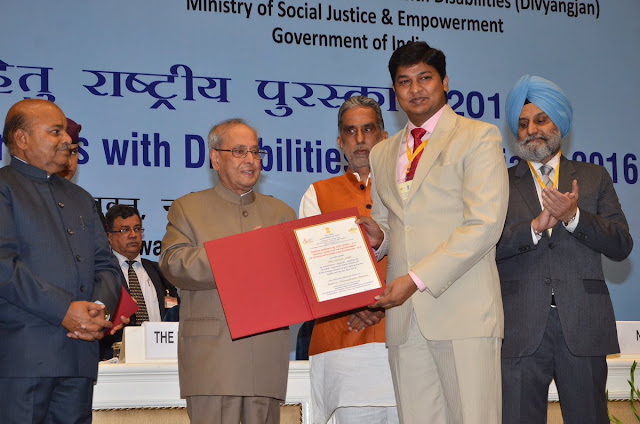 Keeping that target in mind, South Kerala’s world famous tourism circuit, is still in the maturity stage. It is only appropriate that we find newer destinations. Due to this, we are targeting North Kerala as a premier destination, especially with the coming up of the Kannur International Airport. Taking into account, the proximity of two other airports (Kozhikode & Cochin), it is a potential game-changer for the tourism sector. We want to leverage this to the fullest with neighbouring Wayanad already a popular destination.

Following this, we have taken up two major projects. Thalassery Heritage Project phase-II, which banks on the heritage from the Dutch, Portuguese and English cultures. There would also be efforts to leverage the existing historical sites in and around Thalassery. The North Malabar package circuit that we are targeting include Bekal fort, Kannur, Wayanad, Calicut. Malappuram would be included in the later stage. We want to develop these districts as part of the new destination package. Guruvayoor is also a possible addition in the near future.

The second project is the ‘River Cruise Tourism’. We have a splendid connectivity of around 190-200 kms across 7 rivers and this initiative will allow tourists to traverse through the pristine beauty of the state. As you’d know, Malabar is untouched by tourism so the idea is to untap the virgin beauty of the region. The concept note and data estimates have been prepared, while the DPR will be presented soon. We are also targeting new heritage project in Allepey. Seeing the success of the Muziris Heritage project in Kodungallur, we plan to take up a similar project in Alappuzha. For this, the master plan is being prepared and consultants have been taken on board. This project will be starting in two months and we will welcome tenders soon after that.

SK: Kerala has performed below expectations in the recent Cleanliness survey. What is your take on this?

PBK: I would differ on this as last year we featured in the top 40 rankings. Therefore, I was surprised to learn the ranking had changed drastically. I would imagine that the nominations send in by the corporations wouldn’t have fitted into the evaluation criteria of the agency. Maybe they were more focusing on more centralized waste management which take a lot of markings, evaluation criteria etc.

But, we are committed to focusing on decentralized waste treatment. In fact, there is no other city where plastic is banned. I have been staying in Trivandrum for the last 8 months and not once have I had to use plastic. Instead, I would need to use cloth bags. Which other state can boast of this?

SK: Has the recent court verdict banning sale of alcohol within 500 metres of national and state highways delivered a huge hit to the sector?

PBK: Yes, it has affected tourism in a big way. I wouldn’t want to suppress the facts about this. Though it is seen as a social taboo in our country, it is not so in other countries. It is part of their lifestyle. This will lead to a steady decline of tourists who might look for other alternate destinations. More than that, it is our MICE tourism (Meeting Incentives Conferences Exhibitions) that has been affected in a big way. After 5 years, for the first time, we have reached negative growth. All the conferences and meetings are showing cancellations because of the ban on alcoholic beverages. We hope to rectify this in close cooperation with various state bodies.

SK: What was the impact of demonetisation?

PBK: We had apprehensions about its effect, but it hasn’t hit us in a big way. There were. Of course, minor hits in the initial 1-2 months. It hasn’t affected our arrivals as we have a strong destination-branding.

SK: How do you plan on developing the ecotourism circuit, which was recently in the news?

PBK: Yes, the reason why it has come up is because we need to develop new products. Our strengths have traditionally been backwaters and Ayurveda. The new targets are the 65% adventure-loving, youth population in India and we want to attract them by introducing water-borne sporting activities etc.

SK: In your opinion, what are the major roadblocks with regard to policy making in the tourism sector?

PBK: As you know, tourism can only succeed if it is takes into account the local community and private industry. It is certainly an industry-driven sector. Although from the government’s side, there is a lot of handpulling on the marketing front, it is finally the tour & hotel industry that builds up the brand to what it is today. Unless that aspect is satisfied (hotel infrastructure and holiday packages), why would the tourists come to any state? Therefore, we want to incentivize the private sector and help them in creating a favourable environment for tourism in Kerala.

SK: Any of your projects being funded by KIIFB?

PBK: There are a total of 8 projects being funded by KIIFB. The government has given principal sanction and the DPRs have been submitted. Once the approval comes in, we’ll start with the projects.

SK: How has the response been so far from the hospitality sector bigwigs in relation to the efforts of your department?

PBK: In the last 3 months, we have received 3 awards in the domestic tourism category. Outlook Traveller magazine had given us an award as the best destination in the Wellness & Spirituality segment. Also, Lonely Planet magazine awarded Kerala as the ‘Best Family Destination in India’. Recently, Holiday IQ selected us as the best destination for water front. So, the brand is going very strong. If we make adequate changes in our liquor policy and incentivize industry, there is no way why Kerala can’t compete with some of the top destinations in the world. We are coming up with a tourism policy soon.

SK: What are your long term goals?

PBK: We want to double the number of international tourists and also increase the arrival of domestic tourists by 50%. The cumulative total would be around 1 crore tourists a year, which will be a noteworthy achievement.

SK: Could you share with us some highlights from your previous assignments?

PBK: I am an IAS officer from the 2008 batch. Before coming here, I was working as the district collector of Kannur for around 3 years. I had a wonderful experience there. We were able to launch many projects during that time. We also won two national awards recently from the President of India. One for the disabled-friendly district project and the other for the best conduct of elections. Actually, my core competency is in the IT field and computer engineering. Before my posting as collector, I also spearheaded the IT mission in Kerala.