English Premier League 2017-18. What are we talking about?

The 26th English Premier League is officially back with a bang! After 3 long months, the highly anticipated league has kicked off in style and what a pulsating start we’ve seen. As always, there is no clear favourite to the title but the topics of discussion are endless. Here’s an insight to the most heated and intense conversations you can have with a fellow EPL supporter.

To all the Manchester United fans pretending to wipe a tear at the mention of Wayne’s name – Stop it. For the last three seasons, Rooney has huffed and puffed but to such little gain. United’s record goal scorer might have broken Sir Bobby Charlton’s daunting 249 club goals record, but has, and will probably always be a pale shadow of his former self. Swapping the red for the blue of his boyhood club, Everton, was probably the best decision for him as he had lost his place in the starting XI a few weeks into the previous season. And one cannot feel offended at Jose Mourinho’s decision to drastically reduce his playing time for United. He has already opened his account for the Blues in the opening match with a looping header and his link-up play looked sharp too but the season has got a long way to go and the critics have already sharpened their pens. 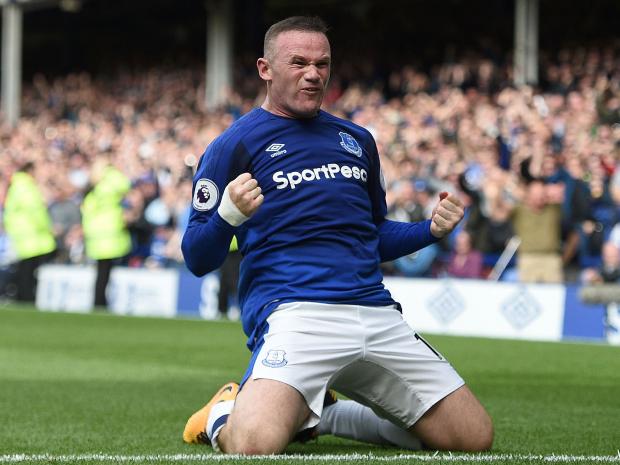 On a positive note, Everton has gone on an eye widening spending spree this year and has bolstered their defensive ranks with the promising Michael Keane from Burnley and Jordan Pickford from the relegated Sunderland. The wily Ronald Koeman has also sanctioned the purchase of Davy Klassen from Ajax FC and Gylfi Sigurdsson (for a staggering 45 million) from Swansea making them a true contender for a top 5 finish.


Is it finally Liverpool’s year?

While Liverpool fans have been mercilessly crying ‘next year is our year’, this season could actually prove to be theirs. (Finally).

Liverpool managed by the charismatic Jurgen Klopp has looked deadly last season but in various phases. The early high-pressing heavy metal football ran out of steam by mid last season and was followed with a string of lacklustre performances against lower tier teams only for the familiar ‘next year is our year’ cries to resurface. Although this disappointing phase coincided with the absence of the best signing of last season, Sadio Mane, who had left for the African cup.

This year however promising it is, still has an elephant in the room that needs to be addressed – Coutinho’s Barca transfer saga. While Coutinho has been the best player for Liverpool in the last few years, it is highly unlikely that a South American player ever prefers to stay in England when one of the Spanish giants come calling. In this case it is Barcelona, who are still reveling in their loss of Neymar for a meagre 222 million. The re-arrival of Mohammed Salah is obviously a reason for joy for the Reds but it is the decision of their beloved Brazilian playmaker which will make/break their season. The pressure of playing in Europe too is bound to take a toll sooner or later. 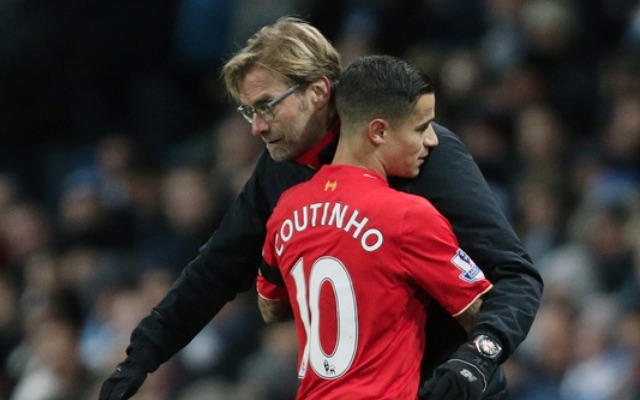 While more than half of the EPL supporters are glad that Arsene Wenger continued his tenure in North London, only a small percentage comprises of Arsenal fans.

Arsenal’s football campaign over the last few years has always been blessed/cursed with a concurring pattern. The first few months of the league will be made to witness Arsenal’s 'swashbucklingly' beautiful football and raising a futile title hope. Then comes the month of November/December where injuries start to stack up one above the other as Arsenal slip from the standings one below the other. There would be a one-sided CL exit match with Bayern Munich or Barcelona, which kicks them out of Europe only to go home and find the supporters calling for Wenger’s head (#WengerOut). The last lap of the season is definitely the most entertaining - where the entire team rallies to win their most favourite trophy – the FA cup. 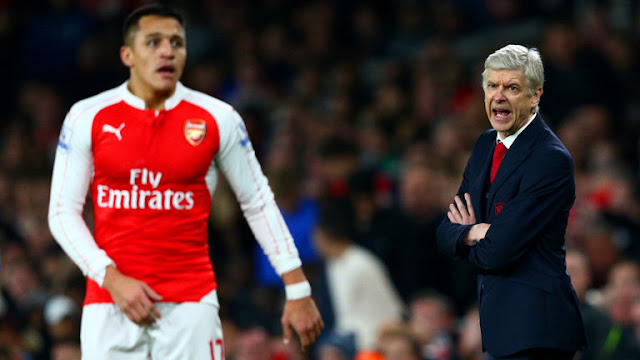 While nothing other than a League title will be considered as a strong case of Wenger to stay, he has another issue to handle in the form of Alexis Sanchez.

Sanchez who remains the most potent attacking threat Arsenal has had since Thiery Henry, is in a situation where he is adamant that he will not be signing a new contract. While this could end up as a platform for Arsenal’s gold midfield to step up, history teaches us a different lesson.

Alexandre Lacazette, over to you.

Singling out Costa might come back to haunt Conte

The snarling Brazilian born Spanish striker has been frozen out of Chelsea ever since they paraded London with their most recent title. As baffling as it gets, Costa temperament has been near horrible ever since joining the Blues but the 20 goals he smashed in last season must have helped his case. Clearly not.
Conte has opted for a younger agile forward in Alvaro Morata to lead the line this season over the proven Premier League goal scorer. There is a good chance that this might backfire and leave Chelsea in limbo as the Real Madrid academy graduate has only scored a total of 53 league goals in his career till date. Although there remains an array of proven match-winners in the form of Eden Hazard, Pedro and Willian while the tireless N’Golo Kante will be hoping to clinch the league for the third successive year. 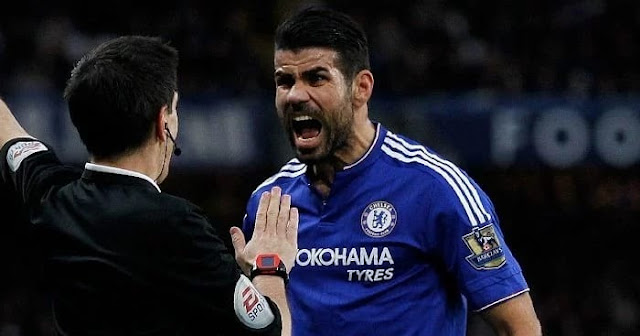 Jose Mourinho has an uncanny record of winning the league in his second year tenure at every club he has managed. Be it Porto, Chelsea, Inter, Real Madrid or Chelsea for the second time, the man has selfishly conquered the domestic league (Although he rarely ever makes it past a third season).


Splashing out 75 million to lure Romelu Lukaku seems like a mean piece of business and the two goals in his first league start for United looks like they are already reaping dividends. However, United’s record signing, Pogba has done little over the last year to justify his heavy price tag around his collar and this year could probably be his make it or break it year. The most critical aspect to United’s formation will be the new man – Nemanja Matic who is a clear upgrade on the aged Michael Carrick (last piece of puzzle from Sir Alex Ferguson’s vintage 2008-09 team). 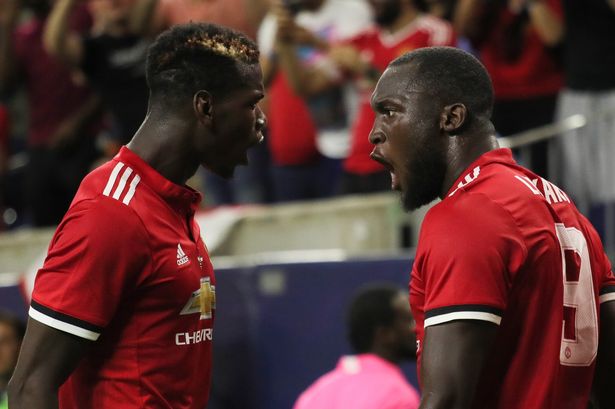 United had a poor run of results in the league last term and only made it to the Champions League via winning the lesser Europa League. The lack of a finisher in their squad makes them seem one-dimensional but perhaps the inevitable come back of Zlatan Ibrahimovic might provide them more potency.


Guardiola and his full back love 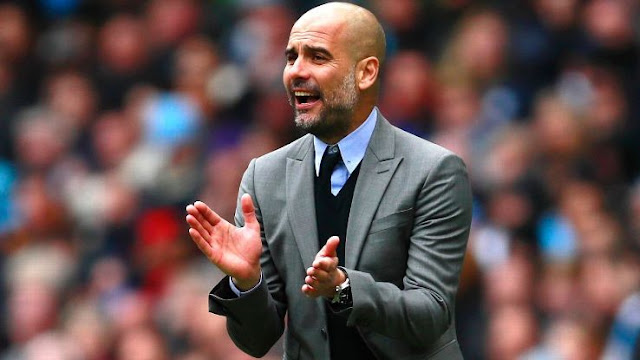 Pep Guardiola hasn’t exactly taken up English football by storm like he did with Spain and Germany. But then again, the EPL isn’t a two-horse league. There were times when Guardiola’s teams took apart opposition teams by playing a Catalan style of football. And the remaining times? Guardiola looked liked a fish out of water as he and his teams struggled to cope up with the intensity of English football. The Catalan has always heavily invested in his fullback theory (He surely has the trophies to justify them) but it was confusing what he planned to do with the likes of City veterans Paulo Zabaleta and Bacary Sagna in his team.

However, that is not the case this time around. City were extremely active in the current transfer window and bolstered their full back armoury with the ever energetic Kyle Walker, Danilo and Benjamin Mendy. Pep’s full backs are as important to his team as his creative midfielders. There are cases where his central midfielders occupy the space between the centrebacks, which pushes the fullbacks further up the pitch to compliment his assorted line of attacking talent. Whether the current crop of players has the guile to play such complex formations remains to be seen but one thing is certain this year, Pep Guardiola will be certainly looking to make a statement after the failings in his first term. 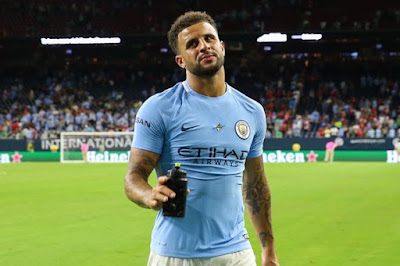 
If there were a title awarded for the most consistent team over the last two years, the north Londoners would definitely be a shoe-in winner. But sadly, the only title available is the league that is won by the team, which racks up the most points in the course of a season. This eludes Tottenham Hotspurs.


They have racked up 156 points over the course of two seasons, scored the most number of goals (155) and conceded the fewest (61), yet the silverware to show for this is only imaginary. 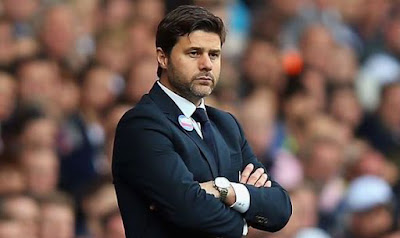 Undoubtedly, Spurs have one of the most energetic team in Europe, a master tactician in Mauricio Pochettino and there is very little that can be done to fortify their starting XI. The same cannot be said about their squad though.

Goal Machine, Harry Kane who has averaged 25 goals over the last three years is their focal point in attack and is ably assisted by the dynamic Deli Alli and Christian Erikson. However, the lack of depth in their squad along with their non-existent transfer activity is a cause of concern for the North London side. Playing in Wembley where Spurs have a poor record too adds to their list of worries for the season.

Signings are a must. 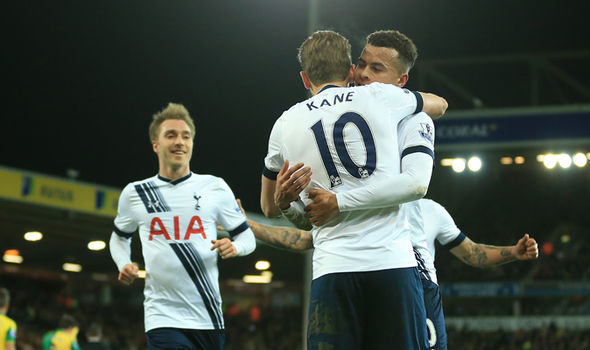 Are West Ham really going for the league?

Slaven Bilic has had an impressive summer, signing Pablo Zabaleta, Marko Arnautovic, Joe Hart and Javier Hernandez and has set his sights on William Carvalho. Their front three is one of the most threatening forward line-up in the league and a summer outlay of close to 50 million highlights just how serious West Ham are this season. 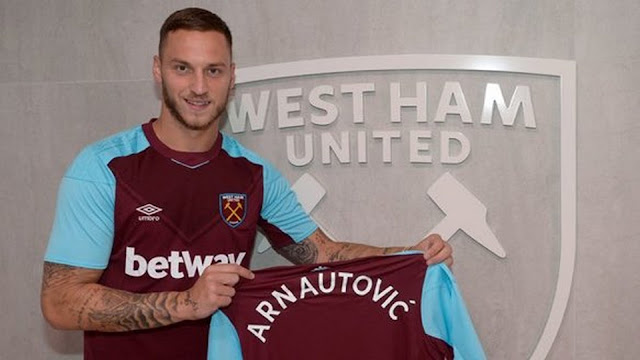 While the Hammers do not have the financial muscle to compete with the big boys of the Premier League, they are more than capable of causing more than a few upsets and Bilic should be disappointed with anything less than a top 5 finish. 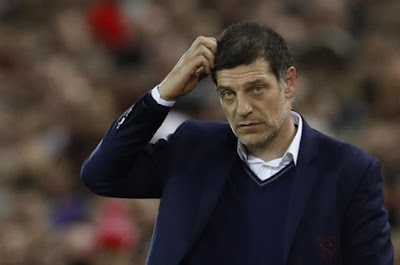 Most number of CL winners in an English team

Fun fact - STOKE CITY have more Champions League winners in their squad than any other team in England. The surprising arrival of Jese Rodriguez from Paris Saint German elevates the potters to the English club with the most number of CL winners along with ex-Barcelona pair Bojan Krkic and Ibrahim Afellay and 2008 champion Darren Fletcher (free transfer from West Brom). Xherdan Shaqiri's first season at Bayern Munich also saw him collect a Champions League winners' medal as part of a treble with Bundesliga and DFB Pokal honours.

Are the Potters assembling a world-class squad or will the departure of Marko Arnautovic leave them devoid? 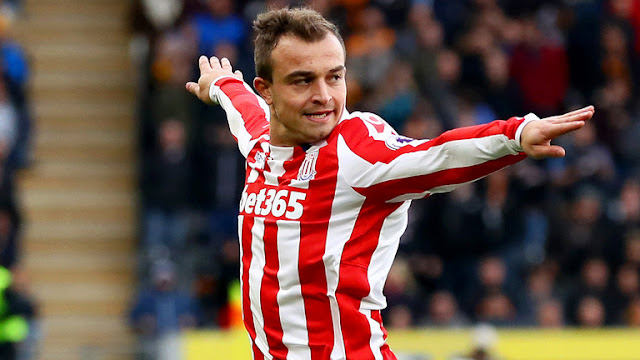 This all being said, the unpredictable nature of the Premier League makes forecasters and pundits look silly and one would definitely not bet their money on any team this early in the season.