GIC Re IPO - 9 Reasons Why it is a Promising Opportunity 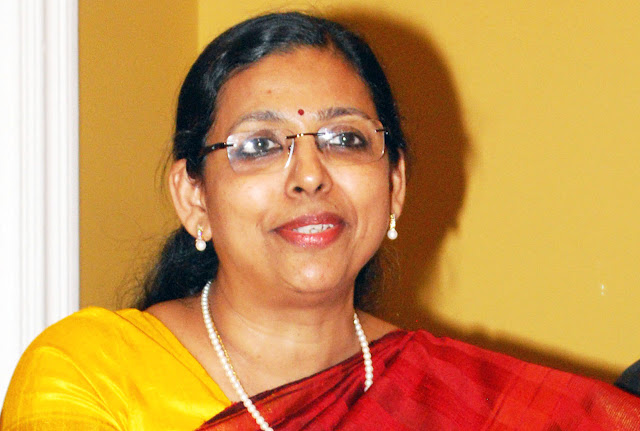 India's only public sector reinsurer GIC Re has announced its IPO details. GIC Re's IPO will open on October 11th and close three days later on 13th. The price range is between Rs.855 to Rs.912 a share, and the reinsurer's initial public offer aims to raise around Rs.11,500 crore from the market, the bulk of which - around Rs.10,000 crore - will go to its promoter, Government of India, which is selling 107.5 million shares amounting to a 14.2% stake in the firm. GIC Re will also be selling 17.2 million fresh equity shares that will fetch the company around Rs.1500 crores. Seasonal Magazines gets in-depth into the strengths and risks of this IPO and finds nine reasons why GIC Re’s IPO would be one of the most promising public offerings to hit Indian markets in recent years.

Up for grabs is a $100 billion opportunity in wealth creation from the new market capitalization of several insurance IPOs this year. However, not all of them provide investors with the same level of safety and growth prospects. GIC Re might be the black horse among the pack due to its monopoly status in the re-insurance business of the country.

FY’18 is all set to go down in Indian corporate history as the year of insurance IPOs, with more than 7 large insurance firms, belonging to both public and private sectors, going for their listings in the stock market. These include life insurers, general insurers, and may be even niche players like the specialized health insurers.

Owing to India’s burgeoning working age population, all these companies are expected to do reasonably well, but it is a fact that almost none among them have a highly differentiated value proposition, due to the commoditisation of both life and non-life business in this country. Except perhaps GIC Re, which is India’s sole public sector reinsurer.

Insurance companies also need to insure themselves against their potential liabilities, especially their large policies, and re-insurance companies precisely provide that. It is no secret that capital markets are not too fond of generic businesses. Add to it, LIC’s stranglehold in the life business, and the four public sector general insurers’ head-start in that sector, and what we have is a highly fragmented market for the newer private sector players who are, however, hogging the current limelight this IPO season due to their better marketing acumen.

In this fray, it is highly likely that GIC Re’s IPO would be the most promising bet in the long run due to its monopoly status, as well as the systematic way in which it has been proving to be of value to all other insurers in the country. It’s various services insure insurance companies against major liabilities in sectors like aviation, shipping, heavy industries etc, apart from bulk retail businesses like life, health, crop etc.

Among the key risks faced by the company include massive natural calamities like earthquakes, tsunamis, hurricanes, floods etc as well as manmade catastrophes like wars and invasions, which can shoot up the liabilities of a reinsurer. Government and IRDA allowing more players in the segment would also pose as a risk for the current monopolistic business of GIC Re.

Seasonal Magazine investigates in-depth about the prospects and risks of GIC Re’s IPO, and finds 9 reasons why GIC Re’s upcoming IPO would be one of the most promising public offerings to hit Indian markets in recent years.

The potential of any industry is evident from the players it attracts. Reinsurance sector has attracted what is perhaps one of the world’s largest and most successful public companies – Berkshire Hathaway, promoted by one of the world’s richest investors, Warren Buffett. While Berkshire Hathaway invests in hundreds of sectors and companies, its mainstay business has been insurance, and reinsurance has been Berkshire’s most profitable business ever. In fact, the huge premiums Berkshire reinsurance units attract upfront have been driving Buffett’s stock investments, the huge returns from which is enough to mitigate reinsurance liabilities.

3) Reinsurance Business is Nascent in India:

As in any other emerging segment, developed countries like USA and EU rule the roost when it comes to reinsurance. Indian industry has awakened to the need for reinsurance only during the last ten years or less, and this makes the growth potential for this industry in this country, absolutely huge. Added to this is the sheer size of the insurance business in India, which is already pegged as the largest in the world by way of number of policies, if not value. Reinsurance has also been growing the fastest in India, among all Asian nations, even outpacing large markets like China.

The reinsurance business in India has so far been dominated by its sole public reinsurer, GIC Re, and a handful of Indian offices of large international reinsurance firms. The Indian opportunity in reinsurance is so huge that Berkshire Hathaway which exited Indian insurance market two years back is mulling a re-entry as a reinsurer and has already applied for a license for the same. Reinsurance is largely against general insurance, and with India’s general insurance scene dominated by four large public sector insurers, GIC Re’s prospects as the sole public sector reinsurer makes it a virtual monopoly, which makes it attractive in stock markets.

GIC Re posted an 82.2 percent growth in its gross premium to Rs 33,585 crore in FY17 compared to FY16, which is the best performance among all Asian reinsurers in this past fiscal. The company recorded a profit-after-tax of Rs 3,127 crore in FY2016-17, an increase of 10 per cent over the previous year. This splendid performance has been aided by Pradhan Mantri Fasal Bima Yojana - the crop insurance scheme launched by the government. All such mass benefit schemes being planned by the government is likely to have an insurance component, and as such, a reinsurance component too, which will benefit GIC Re.

7) GIC Re has International Business:

8) GIC Re is Moving Up in Global Rating:

Reinsurance is rated by international rating agencies like Standard & Poor’s and AM Best. Both the rating agencies in their latest global ranking list of 25 top international reinsurers, released last week, have upgraded GIC Re by two notches to the 12th position from 14th. The only Asian reinsurance companies that are above GIC Re in ratings are from developed nations like Japan and Korea, except for a Chinese major. But when it comes to growth, GIC Re has outpaced all these Asian companies that are both above and below it in the 25 top international reinsurers.

The greatest risk for reinsurance companies come from natural disasters and wars that surge their liabilities. However, like the best reinsurance companies worldwide, GIC Re has been extremely cautious on this front, offering to take up only part reinsurance risk with each insurer, sharing the rest of the risk with other reinsurers. Secondly, GIC Re is also a capital markets investor, the returns from which compensates for the potential liabilities. It also understands the general insurance business intimately as the granddaddy of that business in India. Lastly, each major disaster also attracts more reinsurance business and higher premiums.
Posted by Seasonal Magazine at 6:51:00 PM