Why is Uber exiting from every major global market? 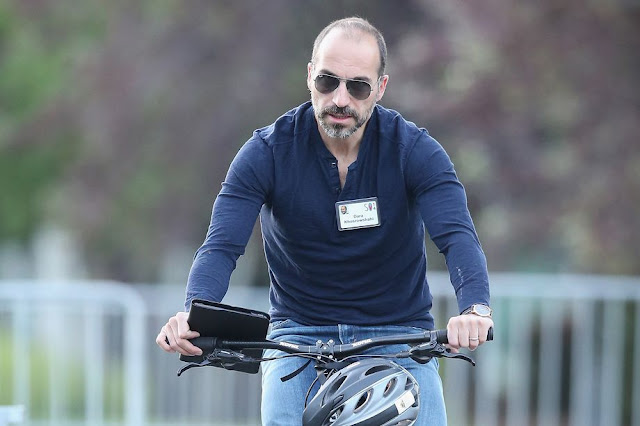 
Uber’s recent withdrawal from the Southeast Asian market shortly followed by news that they are in talks with Indian taxi-aggregator Ola for a similar exit strategy, has been baffling indeed. However, a thorough analysis of the global exit decisions Uber has made over the past 24+ months, shows us a unique pattern that Uber is setting – Start the trend, attract the competition and withdraw (with a large chunk of the country’s market!)

Uber’s talks with Ola regarding selling its Indian business (Cab-sharing as well as food delivery), should come as no surprise. If this deal does go through, it will be the fourth time in the last 2 years that Uber has exited a foreign market after securing a juicy share from their closest domestic competitor. This strategy makes a lot of sense from two angles. Firstly, all the involved companies have a mutual (and largest) shareholder – Japan’s Softbank. Secondly, this cease fire will put an end to a probable war of attrition from another local rival, just like when Uber exited China and the Southeast Asian market.

Normally, an exit of this kind is considered a defeat - A company packing up its bags and running back home with its tail between its legs. But it would be wrong to write off Uber’s decision of withdrawal as a defeat in these markets. A close examination of the deals made by the San Francisco giant, will clearly evidence the win-win nature of these alliances.

The exit of Uber from China in Aug 2016, raised some serious eyebrows everywhere. Initially the startup was burning cash at an alarming rate. They spent an estimated $2 billion dollars in two years whilst competing with local rival, Didi Chuxing. This rapid cash burn could have been a major hindrance if ever the company decided to go public in the near future. The then CEO, Travis Kalanick, stated shortly afterwards that achieving profitability was the only way to build a sustainable business and serve Chinese riders, drivers and cities well in the long run.

Despite the huge investment made in China, the total percentage market share of Uber was less than 20 to Didi’s 80. Competing with such a strong local rival would not only drain Uber of more resources but would also ultimately turn into a battle they would not have been able to win. At least not in the short run. This, coupled with the notoriously inaccurate nature of Google maps in China (which Uber completely depends upon), was seen as one of the biggest disadvantages they faced. Uber had to bow out, but they did so on their terms. Uber’s Chinese business was sold to Didi, with a new combined business which was now worth an estimated $35 billion, and Uber walked away with a 20% share in it.

Uber’s exit from Russia was a lot more predetermined than their exit in China. Uber merged its business in Russia and in its neighboring ex-Soviet republic countries, with Yandex, a Russian tech-giant popularly known as the ‘Google of Russia’. Uber invested a total of $225 million into the new venture, while Yandex invested $100 million. The merger marked Uber’s expansion into Russia and was approved by the country’s Federal Antimonopoly Service (FAS), as long as the company didn’t bar its drivers from working for competing services. Uber walked away with a share of 36.6% in the newly combined business, thus marking their second withdrawal from a global market.

Their most recent exit from the Southeast Asian market by selling their operations to Singapore based rival Grab, was their third ‘successful exit’. Uber gets a 27.5% share in the new business, while successfully leaving another money-bleeding country ahead of a potential planned IPO in 2019. The biggest winner in all these deals is obviously Softbank Group Corp., who are majority stakeholders in Uber, Grab, Didi Chuxing and Ola. According to Softbank officials, these companies provide close to 45 million rides a day, which is close to about 50% of the entire online cab sector.

While an Ola-Uber partnership looks inevitable in the coming months, much credit must be given to Uber’s chiefs for successfully brokering deals in markets where Uber could not take over, and crown themselves as the market leader. In India for example, Uber is constantly in locks with Ola and this competition has driven the domestic taxi fares to an unsustainable low. This, coupled with Uber reducing driver benefits of late, has made the San Francisco giant’s challenges in India proliferate.

Both Ola and Uber are operating at huge losses in India and while a merger will definitely shoot up the taxi fares, it is important to understand that such a strong monopoly will ultimately be detrimental for the end consumers. But from Uber’s viewpoint, India is just another country where they are making massive losses. Merging with an equally strong domestic rival will not only put an end to the countless issues they are facing, but will also help them gain a significant stronghold in yet another country.

That being said, India remains one of Uber’s biggest markets and Uber CEO, Dara Khosrowshahi even stated that Uber India can surely grow by 5x or even 10x in the next 10 years, with significant investment. When prodded about the potential merger with Ola, he plainly added that the company will look at any deals that can add value to its partners and shareholders, but still believes in ‘controlling their own destiny in India’. This makes this potential semi-merger even more interesting than Uber’s previous ones. Uber still wants to have a say in its business operations in India but permitting a local competitor to run the show in one of their biggest markets is definitely not something they are looking at. Whether this becomes a red flag for Ola to pull the plug on the deal is still uncertain.

Uber clearly sees immense potential in India. However, though it has done enough to make itself a likeable household name in the country, overthrowing a domestic rival like Ola while continuing with these jaw-dropping low fares, is near impossible. Perhaps an Uber-Ola merger is exactly what the company needs - A strong domestic partner to tackle domestic issues, while Uber can go back to focusing on markets where the playing field is more understanding, and prepare for their highly awaited IPO.
Posted by Seasonal Magazine at 1:01:00 PM