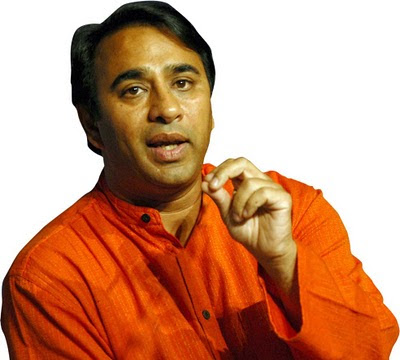 On one hand it is the IPO of the most aggressive player in the most promising market, and backed by noted VCs like Sequoia and Quantum, but on the other hand it is not only fully priced, but presents some confusion regarding how far will it go with a potentially lesser role for founder Vikram Akula. Will probable investors go for it now or wait for truer price discovery post-listing is the billion dollar question before SKS. The deciding factor is likely to be the presence of respected investors like NR Narayana Murthy of Infosys and Vinod Khosla, co-founder of Sun Microsystems.

SKS Microfinance Ltd’s initial public offer that will open on July 28 is one of the keenly watched IPOs not only in India, but in many parts of the world, where either microfinancing or microfinance investments are in vogue. But investors, especially retail investors and HNIs are still mulling over whether to invest in SKS Microfinance through this IPO or not. Both the keen interest and the continuing investor doubts have strong reasons behind.

The IPO enjoys a grading of 4 that signals above average fundamentals, while the company is backed by high-profile investors like NR Narayana Murthy of Infosys and Vinod Khosla, co-founder of Sun Microsystems.

The IPO is making waves in the US too for a different reason. The recent closure of noted philanthropic microfinance accelerator company Unitus and their PE arm getting ready for windfall profits through the IPO is behind the controversy. SKS has benefited from larger-than-life philanthropists like Bill Gates through Unitus. SKS is special in that it lends only to women.

Though microfinance shot into limelight thanks largely to Nobel laureate Dr. Muhammad Yunus founded Grameen Bank of Bangladesh, SKS Microfinance is all set to upstage it shortly to become the largest microfinance institution (MFI) in the world. SKS, founded by Vikram Akula, has been moving up at a high growth rate of 200% in 2007 and 2008, and even now is estimated to have a growth rate of over 100%. Though both organizations are all about small loans to poor lenders who form self-help groups, their growth strategies have been quite different. While 94% of Grameen Bank’s equity is still held by its poor borrowers, SKS has leveraged private capital from West to scale up, resulting in significant dilution for the original small-scale equity holders. But the result of this SKS strategy is quite impressive – it has achieved similar milestones as Grameen Bank in less than one-fifth of the time.

If this sums up the main reason behind the keen investor interest, the second reason is even more appealing. India is the largest microfinance market in the world - estimated to have a demand of over Rs. 2.5 lakh crore – due to its high population, high poverty levels, and high percentage of unbanked citizens.

Thirdly, SKS Microfinance has been consistently satisfying the transparency requirements of demanding institutional investors through internationally accepted accounting and reporting standards, as well as a state-of-the-art MIS, which is now being upgraded to a full-fledged ERP solution. All these factors combined have helped in attracting investors like Sequoia, Sandstone, George Soros' Quantum Fund, Vinod Khosla, and Infosys Cofounder NR Narayana Murthy’s VC fund, Catamaran. Murthy agreed to fund SKS after his pre-condition of creating an advisory council headed by him was met by the company. The council advises SKS on better corporate governance, better disclosure standards, and helps in charting the next stage of growth.

The profile of founder and current Chairman Vikram Akula has also helped the company, as he is seen as a worldwide authority in scaling up microfinance. Akula, a Fulbright Scholar like Dr. Muhammad Yunus, took his Bachelors from Tufts, Masters from Yale, and his doctorate thesis at University of Chicago was on the impact of microfinance. After founding Swayam Krishi Sangam (SKS) as a non-profit NGO, he shifted to McKinsey, and later came back to reinvent SKS as a for-profit NBFC that enabled the significant scaling up.

However, there are several reasons behind continuing investor doubts regarding SKS Microfinance’s IPO. At the higher end of the offer price band of Rs. 985, SKS is offering its share at a price-to-earnings (P/E) of 35.37 and price-to-book-value of 4.76, with both ratios signaling high valuation. But such hefty pricing is the norm rather than the exception when industry leaders go for their IPOs, and considering the unique industry and growth model that SKS is pursuing, there will be investors who will be comfortable with this kind of pricing. But many investors will also be wary and will wait for a truer price discovery that will ensue after the listing. Troubling such investors are recent price points like Rs. 300 and Rs. 636 at which key investors like Catamaran and Bajaj Allianz invested in SKS. Murthy’s Catamaran is expected to rake in three-fold profits after the IPO, though it won’t be selling the stake due to a two-year lock-in period.

Another point of confusion for investors is Chairman Vikram Akula’s current and future hold over the company. Since he has cashed out most of his stake prior to the IPO, and holds only around 6% stake now, there is some uncertainity regarding the future direction of SKS. Even with his earlier stake, a reportedly more socially conscious Akula had trouble balancing his vision for the company with that of the Board appointed CEO Suresh Gurumani who is a high profile banker aiming at maximizing the profits. Interestingly, Sequoia and other PE funds had to turn into promoter role to make this IPO possible as Vikram Akula’s stake was deemed too small a promoter stake by SEBI.
Posted by Seasonal Magazine at 10:56:00 AM